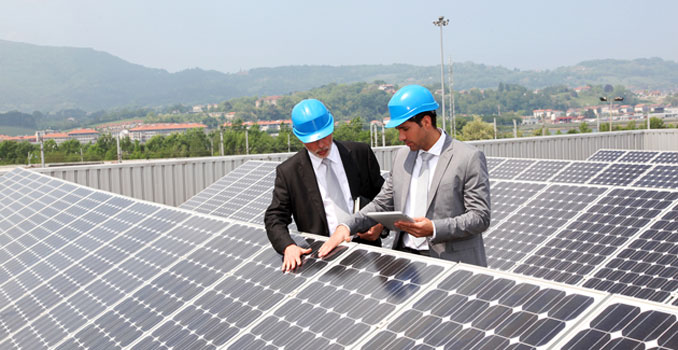 Although numerous states, and even the federal government, have offered initiatives to provide grants or tax breaks to those installing renewable energy sources in their homes, most find the products available cumbersome or simply too expensive. To fulfill this desire for beautiful, yet effective, renewable energy creators and harvesters, many companies have begun to develop solutions that are efficient and also stylistic. A few of the most approachable innovations in energy development include:

The tree shaped wind turbines stand 26 feet high and mimic the appearance of traditional trees you would see along walkways or business parks. The turbine’s ‘leaves’ catch the small breezes that we typically don’t even notice to generate electricity, and are predicted to be profitable only one year after building one. Although these tree shaped wind turbines aren’t as efficient as the large turbines that rely on more consistent higher up currents, they are less intrusive and do produce adequate energy. The hope is that these ‘trees’ will eventually be able to be placed in yards and other urban areas.

Solar energy is a great renewable energy source; however, many individuals overlook solar energy as an option if they don’t live in an area with lots of sun light. Andre Broessel of Rawlemon is hoping to change that. He believes that he has developed a solution that gets the most out of the sun even in low-light areas or during the night hours, and he calls his solution the beta.ray.

The beta.ray was designed using basic spherical geometry principles and a dual axis tracking system which allows the device to yield twice the energy of a conventional solar panel. The spherical sun power generator is fully rotational and can be placed on the sides of buildings, inclined surfaces, and essentially anywhere with sky access. The beta.ray is also designed to convert both solar and thermal energy simultaneously, and can operate at nearly 60 percent efficiency in hybrid mode. With the beta.ray, solar energy is accessible no matter where you are.

As the desire for renewable energy grows, so does the need to find ecofriendly ways to distribute it. Most renewable energy sources are developed and implemented in only a few select countries. However, with the creation of energy efficient computer platforms, harvesters of renewable energy now have a way to deliver their product worldwide.

Kontron develops industrial computer platforms that are not only energy efficient themselves, but allow others to benefit from renewable energy sources. These systems are able to handle temperatures and other environmental factors that can easily affect computer systems without expending large amounts of energy. Some of their systems, such as the Wattics Sentinel, is a self-learning system, which actually analyzes its own energy uses and notifies customers with recommendations for making their operations more energy efficient. While these computer platforms aren’t stylistically beautiful, such as tree shaped wind turbines, they are compact. They are designed to get the most out of your operations without taking up excessive space or using extra materials.

3D printing has produced some of the neatest inventions in the last decade. Prosthetics, bones, and even chocolates can be created via 3D printing, and as this unique printing process becomes more affordable and accessible, the number of clever 3D printing uses will only continue to grow. One of the newest 3D printing uses has been to build products that can create and harvest solar and kinetic energy.

Aligning with this trend in 3D printing is the VTT Technical Research Centre located in Finland. The company is advancing solar technology through the creation of ‘energy harvesting trees.’ These trees, which are 3D printed, have tiny leaves that not only able to generate solar energy, but also have the ability to store it as well. The leaves can also harvest and store kinetic energy from the wind and from temperature changes in their environment.

The trees are more aesthetically pleasing than most large solar panels, will have the ability to power small appliances and mobile devices, and thrive both indoors and outdoors. Because of the compact and stylish design of the energy harvesting trees, VTT Technical Research Centre is hoping to more readily promote the use of renewable energy sources in common homes.

Long camping and hiking trips usually leave phones zapped and emergency situations can result in prolonged power outages. Without regular access to a power source, individuals can find themselves in inconvenient and even dangerous situations, especially for those who rely on their powered devices. Most portable power sources are incredible high priced and require that they be pre-charged which hardly makes them energy efficient. However, creating a power source from natural resources is something that the Hydrobee does fast.

Either by using a small wind turbine, solar power, pedal power, flowing water, or a hand crank, the Hydrobee creates energy for USB devices when power sources aren’t readily available. The Hydrobee doesn’t charge devices directly. Instead the soda can sized invention charges six AA batteries which can then been used to power or charge devices. So whether you are looking for the ultimate camping buddy or a power source to keep in your emergency kit, the Hydrobee can help keep you powered up. It may even be beneficial to those working in impoverished areas that don’t always have access to major power sources.