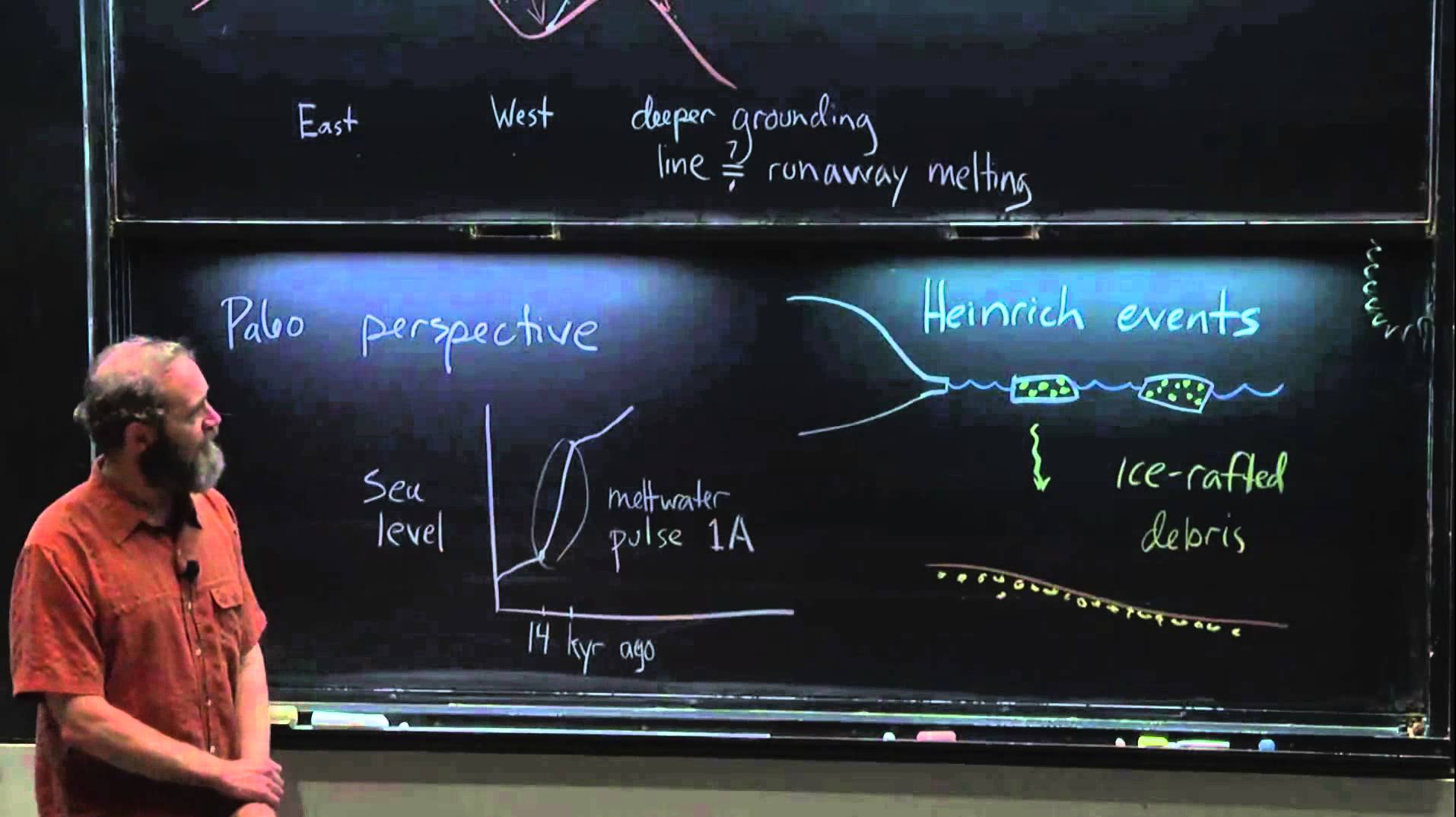 A numerical model called SpongeBOB is used to simulate the hydrology and methane cycle on the Siberian continental shelf. Lowered sea level during glacial time exposed the sediment surface to the cold atmosphere, forming permafrost to a depth of a kilometre or more. Now in the interglacial time the permafrost is flooded by higher sea level, leading to its eventual melting. The model is used to predict how the glacial cycles, and future global warming, affect the methane budget of this area. The model predicts that methane hydrate is only stable near the bottom of the permafrost zone, hundreds of metres below the sediment surface. The hydrates are insulated from any rapid change in temperature that might occur in the overlying ocean. There is enough carbon in frozen sediments in the Arctic to drive a substantial carbon release in response to climate warming, but only on time scales of thousands of years.