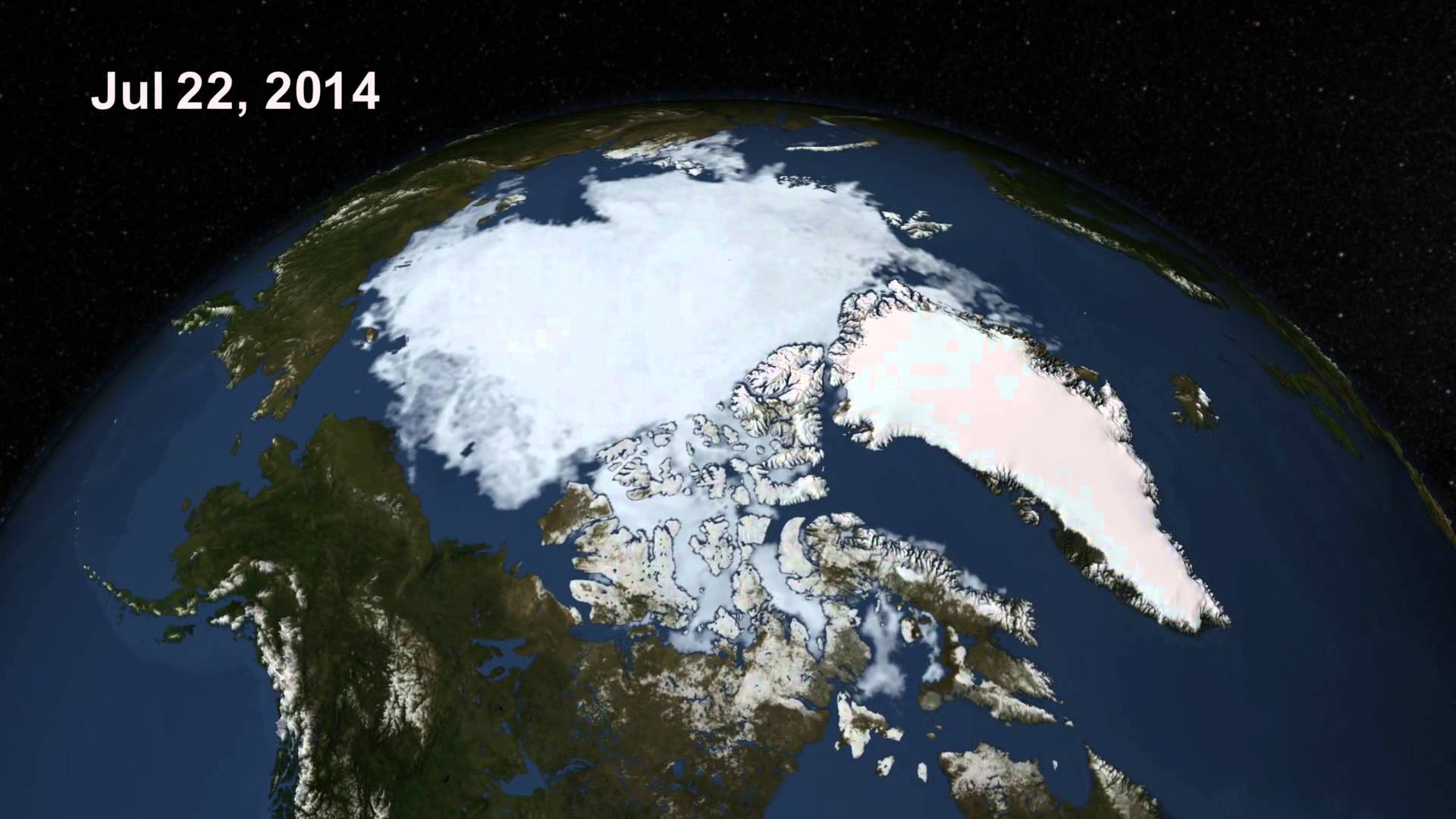 An animation of daily Arctic sea ice extent in summer 2014, from March 21, 2014 to Sept. 17, 2014 – when the ice appeared to reach it’s minimum extent for the year. It’s the sixth lowest minimum sea ice extent in the satellite era. The data was provided by the Japan Aerospace Exploration Agency from their GCOM-W1 satellite’s AMSR2 instrument.