Experts: Arctic craters could be ‘Visible Effect’ of Global Warming 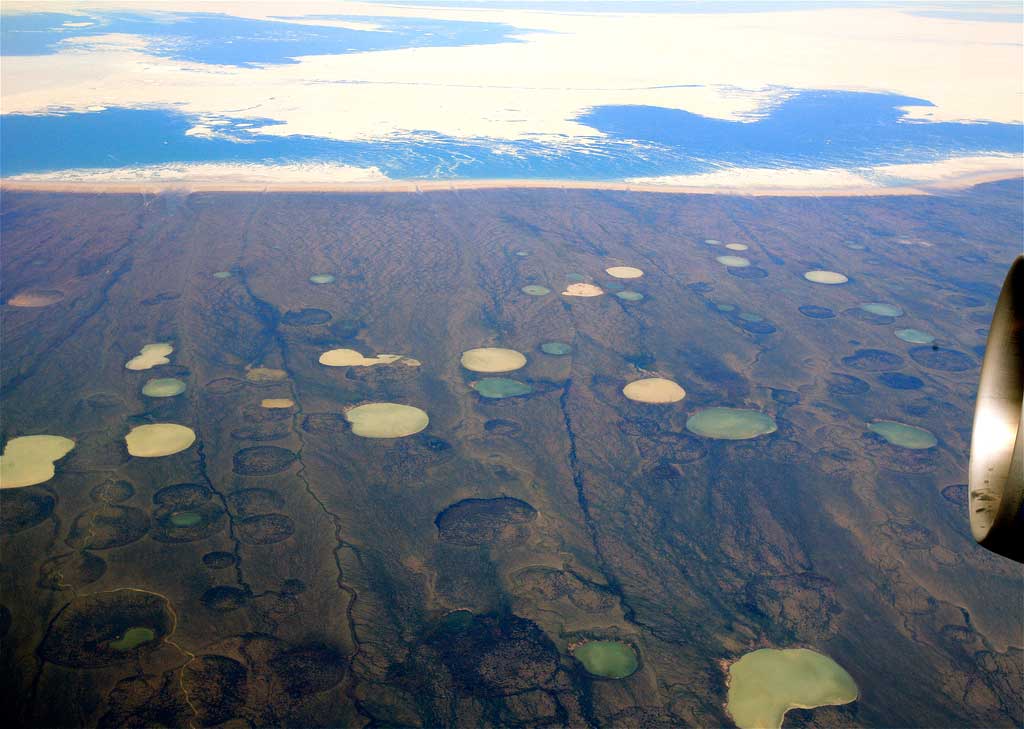 The preliminary results from scientists studying the mysterious holes (craters), that began emerging in recent times in Siberia, indicate that climate change may be a cause. The Russian crater research team led by Alexei Plekhanov of the Scientific Centre of Arctic Studies, explained a possible mechanism, in a Nature interview.

The past two summers were warmer than usual by about five degrees Celsius, thawing the long frozen earth. The holes are likely the direct result of the unusually warm 2012 and 2013 summers in the area of the craters. Subsequent, build-up and release of gas from thawing permafrost is believed to be the most probable explanation, resulting in the craters.

The researchers now believe the long-frozen Siberian permafrost thaw, was due to increased temperatures, collapsed, and let free methane gas trapped beneath. The team tested the air near the bottom of the holes and discovered unusual high concentrations of methane (9.6%, air normally contains just 0.000179% methane).

Other researchers, attribute crater formation to a long-term thaw as a result of global warming. Anna Kurchatova, with the Sub-Arctic Scientific Research Centre, noted that hole formation may have to do with the thawing of Siberia’s permafrost, a consequence of global warming.

Over the past 20 years, permafrost at a depth of 20 metres has warmed by about 2°C, driven by rising air temperatures, notes Hans-Wolfgang Hubberten, a geochemist at the Alfred Wegener Institute in Potsdam, Germany.

Global warming is happening, and it’s exacerbated in the Arctic, and if this [the Siberian crater phenomenon] is what we think, that it’s related to permafrost thaw, It’s a very visible effect of what’s happening to the Earth. Instead of a solid block of permafrost, you now have a hole where warm summer air can get in.

Ruppel has spent the past five years working on methane in the Arctic, and has never seen anything like the craters in the Arctic, where global warming is felt more pronounced, because of the polar amplification.

Ed Dlugokencky, researches methane in the atmosphere at the National Oceanic and Atmospheric Administration (NOAA), noted:

Two-thirds of climate change is caused by human activity, and we don’t see that changing. So we’ll see if these sorts of changes become a widespread phenomenon. It’s certainly possible and increased methane emissions at the crater sites are concerning.

[…] Experts: Arctic craters could be ‘Visible Effect’ of Global Warming […]