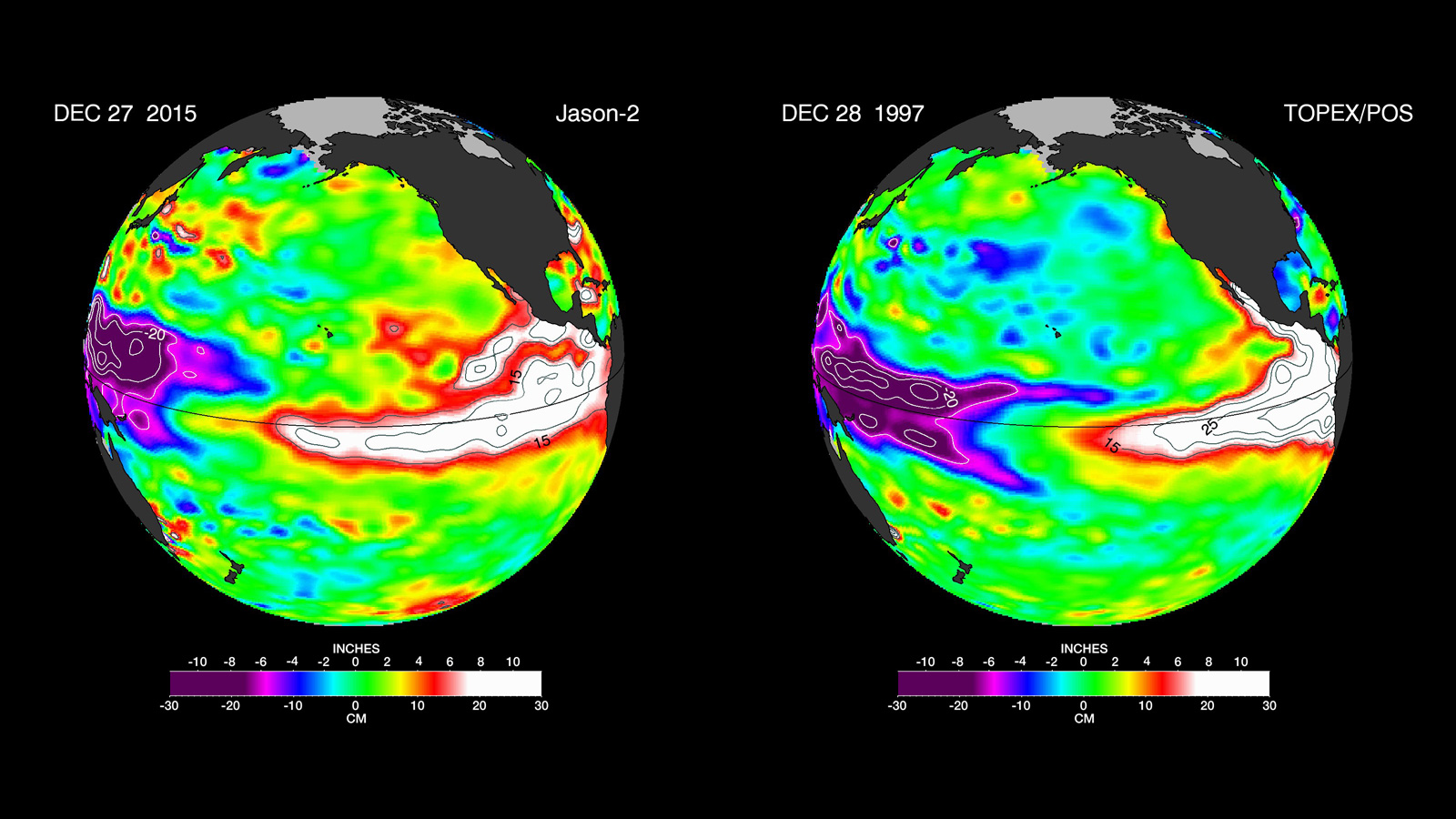 The unfolding 2015-16 El Niño event is already the strongest the world has seen since 1997-98, and people all over the world are feeling or are expected to feel its impact in a variety of ways. Scientists from NASA and NOAA will present findings on El Niño’s global reach as seen from the vantage point of NASA’s Earth observing satellites. Topics to be covered include the destructive fire season in Indonesia and other regions, changes in the natural variation of tropospheric ozone, the impacts of El Niños on atmospheric river events, and whether the current El Niño will bring much-needed drought relief to California and the American West.

Related
A Still-Growing El Niño Set to Bear Down on U.S. http://www.jpl.nasa.gov/news/news.php?feature=4808