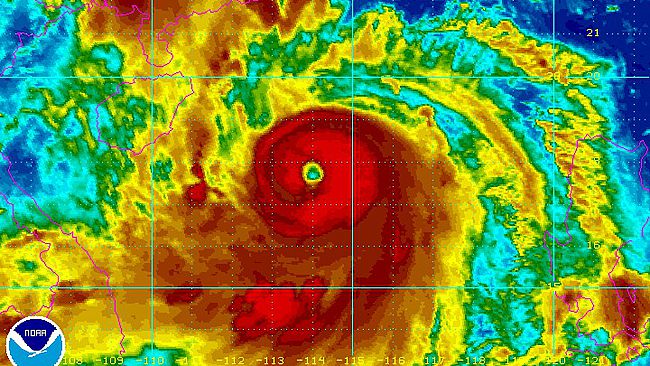 Jeff Masters: Deadly Typhoon Rammasun is located about 440NM NW of Manila heading towards the South China Island of Hainan (population of 9 million). Latest satellite imagery estimates indicate the central pressure is near 955mb, with Max sustained winds of 80Kts. Over the last 6 hours, both IR and water vapor imagery has shown a significant improvement in the convective banding structure and a clearing out of the eye – both indicative of re-intensification.