You are here:
Energy 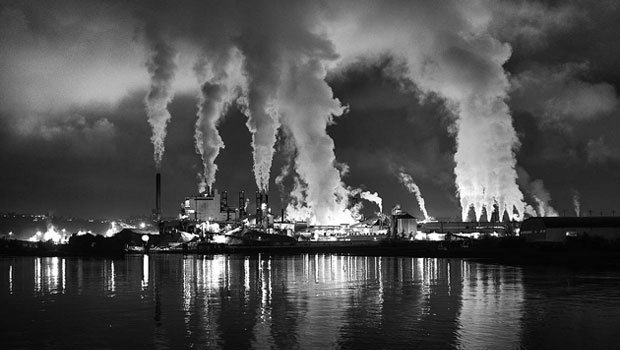 By The Economist: MARKETS can misprice risk, as investors in subprime mortgages discovered in 2008. Several recent reports suggest that markets are now overlooking the risk of “unburnable carbon”. The share prices of oil, gas and coal companies depend in part on their reserves. The more fossil fuels a firm has underground, the more valuable its shares. But what if some of those reserves can never be dug up and burned?

If governments were determined to implement their climate policies, a lot of that carbon would have to be left in the ground, says Carbon Tracker, a non-profit organisation, and the Grantham Research Institute on Climate Change, part of the London School of Economics. Their analysis starts by estimating the amount of carbon dioxide that could be put into the atmosphere if global temperatures are not to rise by more than 2°C, the most that climate scientists deem prudent. The maximum, says the report, is about 1,000 gigatons (GTCO2) between now and 2050. The report calls this the world’s “carbon budget”.

Most of the reserves are owned by governments or state energy firms; they could be left in the ground by public-policy choice (ie, if governments took the 2°C target seriously). But the reserves of listed oil companies are different. These are assets developed using money raised from investors who expect a return. Proven reserves of listed firms contain 762GTCO2—most of what can prudently be burned before 2050. Listed potential reserves have 1,541GTCO2 embedded in them.

So companies and governments already have far more oil, gas and coal than they need (again, assuming temperatures are not to rise by more than 2°C). Logically, the response to this would be for governments to leave their reserves untouched and for companies to run theirs slowly down, returning more of what they earn to shareholders. Neither of these things is happening. State-owned companies are taking an increasing share of total energy output. And in 2012, says Carbon Tracker, the 200 largest listed oil, gas and coal companies spent five times as much—$674 billion—on developing new reserves as they did returning money to shareholders ($126 billion). ExxonMobil alone plans to spend $37 billion a year on exploration in each of the next three years.

Such behaviour, on the face of it, makes no sense. One possible explanation is that companies are betting that government climate policies will fail; they will be able to burn all their reserves, including new ones, after all. This implies that global temperatures would either soar past the 2°C mark, or be restrained by a technological fix, such as carbon capture and storage, or geo-engineering.

Recent events make such a bet seem rational. On April 16th the European Parliament voted against attempts to shore up Europe’s emissions trading system against collapse. The system is the EU’s flagship environmental policy and the world’s largest carbon market.

Putting it at risk suggests that Europeans have lost their will to endure short-term pain for long-term environmental gain. Nor is this the only such sign. Several cash-strapped EU countries are cutting subsidies for renewable energy. And governments around the world have failed to make progress towards a new global climate-change treaty. Betting against tough climate policies seems almost prudent.

But that is not what companies say they are doing. All the big energy firms claim to be green. They say they use high implicit carbon prices to guide investment decisions. Nearly all claim to support climate policies. None predicts their failure.

Of course this could just be corporate hypocrisy. But might something else be going on? The answer, argues the report, is that markets are mispricing risk by valuing companies as if all their reserves will be burned. Investors treat reserves as an indicator of future revenues. They therefore require companies to replace reserves depleted by production, even though this runs foul of emission-reduction policies. Fossil-fuel firms live and die by a measure called the reserve replacement ratio, which must remain above 100%. Companies see their shares marked down if the ratio falls, even when they pull the plug on dodgy, expensive projects. This happened to Shell, for example, when it suspended drilling in the Arctic in February.

Worries about mispricing are cropping up in the markets themselves. In April Citi Research looked at Australian mining companies and concluded that “investors who strongly believe in ‘unburnable carbon’ would find it more productive to actively tilt their portfolios” (ie, sell fossil-fuel firms). In January, HSBC Global Research argued that “if lower demand led to lower oil and gas prices…the potential value at risk could rise to 40-60% of market cap.” The 200 largest listed companies had a market capitalisation of $4 trillion at the end of 2012, so this is a huge amount. HSBC added: “We doubt the market is pricing in the risk of a loss of value from this issue.”

Carbon Tracker says regulators should require firms to disclose the amount of carbon in their fuel reserves. Credit-rating agencies should address climate change as part of their efforts to tackle systemic risk. And firms ought to explain how their activities are compatible with government emissions targets. But so long as governments are ambivalent about those targets, it seems fruitless to demand more of companies and markets. At the moment neither public policies nor markets reflect the risks of a warmer world.

From the print edition: The Economist