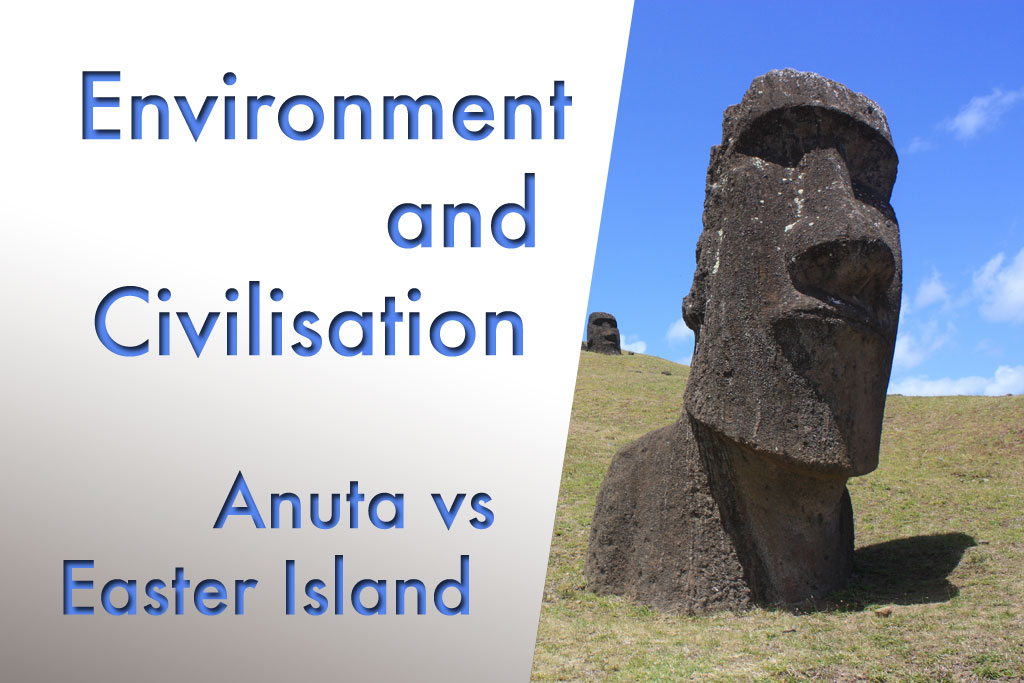 Most people probably know Easter Island and the theory by Jared Diamond about the environmental destruction there, however the opposite example is called Anuta, and shows that a sustainable life with nature is possible – not just an utopian dream.

A BBC documentary from 2009 outlined how Anuta is a contrasting example to the environmental destruction found on Easter Island, as has been famously described in Jared Diamond’s Collapse.

However, a new theory about Easter Island (Hat tip to Tom Mallard for the link), explores how Rapanui lived sustainable until 1722, when Europeans arrived with diseases, and brought collapse that way and enslaving the locals.  And it has been pointed out that rats brought to the island and caused harm to tree seeds.

Though, none of the proposed theories is entirely conclusive, since heavy soil erosion in recent centuries, agriculture and deforestation to some extent, all must have contributed to environmental collapse at Easter Island.

On the bottom line, the Anatu island appears to be much more favorable for sustaining living, and had the luck to not be disturbed by devastating violence, probably because the island is to small to offer enough incentives for raiding and because it has been very isolated too.

As for today we can learn from the Anatu tribe that strong communities, creating most from local supplies in balance and the simple life are things which help to sustain a society.