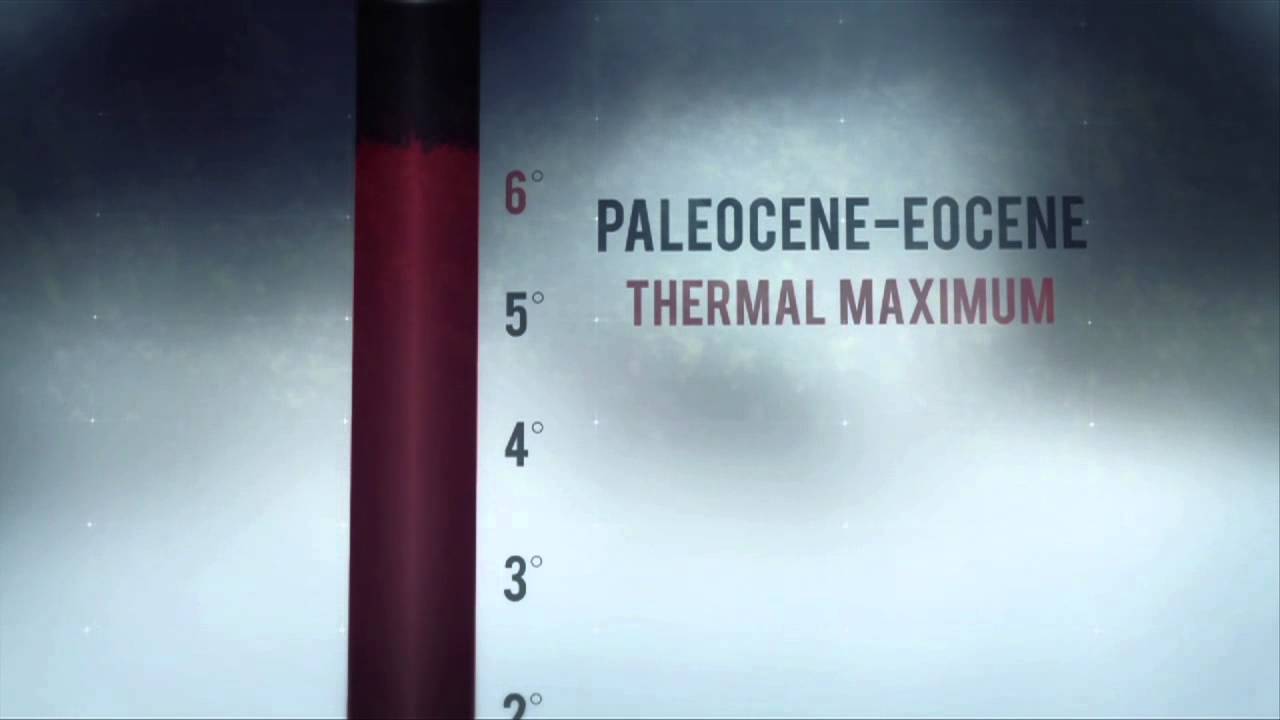 Notice: The original video is no longer available.

Published on Sep 28, 2013: “Last Hours” is the first in a series of short films that explore the perils of climate change and the solutions to avert climate disaster. Each subsequent film will highlight fact-based challenges facing the human race, and offer solutions to ameliorate these crises. The initial short film series will culminate in a feature film to be presented prior to COP21, the 2015 UN Conference on Climate Change in Paris.

An asset for the climate change movement, “Last Hours” will be disseminated globally to awaken modern culture worldwide about the various dangers associated with climate change.

“Last Hours” describes a science-based climate scenario where a tipping point to runaway climate change is triggered by massive releases of frozen methane. Methane, a powerful greenhouse gas, has already started to percolate into the open seas and atmosphere from methane hydrate deposits beneath melting arctic ice, from the warming northern-hemisphere tundra, and from worldwide continental-shelf undersea methane clathrate pools.

Burning fossil fuels release carbon that, principally through greenhouse effect, heat the atmosphere and the seas. This is happening most rapidly at the polar extremes, and this heating has already begun the process of releasing methane. If we do not begin to significantly curtail the use of carbon-based fossil fuels, this freed methane threatens to radically accelerate the speed of global warming, potentially producing a disaster beyond the ability of the human species to adapt.

This first video is designed to awaken people to the fact that the earth has experienced five major extinctions in the deep geologic past — times when more than half of all life on earth vanished — and that we are now entering a sixth extinction. Industrial civilization with its production of greenhouse gases has the ability to trigger a mass extinction; in the extreme, it could threaten not just human civilization, but the very existence of human life on this planet.

The world community and global citizens urgently need to chart a path forward that greatly reduces green house gas emissions. To take action and follow the pathway to solutions to the climate crisis, you can explore this website and you can also sign-up for future updates. Thank you.

I’ve been thinking about the fine line between creating a sense of urgency vs a sense of hopelessness. There a natural urge among some folks to cut right to the “hopeless” phase, without actually wanting to do something about the problem.

There’s a lot of internet chatter about imminent doom for human civilization.  And yes, I’m talking about you, Guy MacPherson.
This is, first of all, incorrect. Secondly, not helpful.
Even the worst case scenarios in the fossil record played out over millennia, and  the experts I’ve talked to are pretty clear that no one, or at least very few, are expecting any kind of catastrophic single event in the coming few decades.
Important to remember that projected climate change impacts are a bell curve, as Stephen Schneider used to say, with “good for you” at one end, and “end of the world” on the other.  Both those extremes are the most unlikely scenarios – but there’s a whole lot of that curve on this side of “end of the world” that we would still very much not like to see happen.

Planet Earth is going to take a hit in the coming century. It falls mainly to the generation of human beings currently alive to decide if that’s going to be a 5 percent hit, a 50 percent hit, or a 90 percent hit. URL

Here is a 10 minute video everyone should see.

One of the best vids I have ever seen.

Underground, underwater and below the ice.
A time bomb is ticking.
Scientists are seeing the evidence.
Runaway climate change could be closer than we think.

Last Hours” is the first in a series of short films that explore the perils
of #climateChange and the solutions to avert climate disaster.

It has only been 7 months since this video was published, but the basic
predictive claims presented here are continually being confirmed.
It is increasingly probable that a large burp of methane will be released
in the Arctic this summer.
By September or sooner we will know how much time we have left.
Clarion calls for cutting back on emissions are hopelessly naive.
Hell on earth is accelerating now.

“Phytoplankton are photosynthesizing microscopic organisms that inhabit the
upper sunlit layer of almost all oceans and bodies of fresh water.
Phytoplankton are responsible for much of the oxygen present in the Earth’s
atmosphere – half of the total amount produced by all plant life.” —
Wikipedia

Kill the oceans and we die.

Corporations will not do anything but bring us to our end.

and then there are people who still think climate change is natural and its
A-O-K.

Seriously? SERIOUSLY?!!! Stop breathing oxygen, you are wasting it for the
rest of us who has braincells.

Why are scientists concerned about the gasses that lie underneath the polar
ice caps?

Seriously scary stuff. If you believe it, will you act on it?

*”**+Last Hours**”* is the first in a series of short films that explore
the perils of climate change and the solutions to avert climate disaster.
(10 mins) lasthours.org

Nobody is going to do anything to “curb carbon emissions” unfortunately.
Humanity is facing something new here, our collective IQ is not high enough
to solve this, so Nature is going to fix this problem for us.
There will be no soft landing; we’re passengers on a giant jetliner that’s
in a nosedive with all four engines cranked up to take-off power.

i diss agree with Joseph Sadlon that government can not do about i would
agree that we can not stop it right now but i do agree that we can prevent
are self form die out i believe that government. can spend money on bulled
project to build under ground colonies are perfection deices that convert
Methane to air and under ground farming for are food I call it Vault we
have technology and sci we can and will survive the extinction

Previous generations have to listen to preachers scare people that hell and
the end time is coming. Today they have been replaced by rent seeking
climate scientists telling the same thing! You are a sinner, repent. The
unscientific drivel in this video for something that isn’t happening has
reached anstronomical levels.

^^ life will adapt ^^ How insane! Do you know what adaptation means? It
means death for those specimens not adatped. It’s simple. We could usher an
age of misery or we could take simple steps to reduce our impact on ecology
and biodiversity. It starts with smaller family size. EVERY habitat problem
has a number of humans as a factor.

An energy revolution is coming, you can make millions from the shift to
clean energy. Stop denying on get on board now while you can. In ten years,
clean energy will be what google is to the internet. It’s going to happen
with or without you.

Have another beer please. Can’t understand a foolish believe system as
that. I suppose the world is flat and we are tortured by witches. Please
use your brain.

Damn … I was hoping the human race would die out a lot sooner than this
is predicting. The world is filling up so quickly with ignorant, self
absorbed fucktards that the sooner it happens the better in my opinion 🙂

You don’t need a degree to figure out that we’re being lied to about
Climate Change. And even if Climate Change was nearly as dramatic as it is
being presented all the time, it certainly gives no one the right to impose
regulation on me based on this or tax the shit outta me to make me a good
climate slave. If you’re female, please realize that it is thanks to
industrialization, that you are not being oppressed and treated as equal.
So if anything you should root for more industrialization.

It doesn’t appear our kids are going to have a pleasant future if we carry
on with our continued path of ecological destruction. You don’t have to
agree with everything in this documentary, but if we keep ignoring the
scientists and carry on, I worry about the long term consequences.

I believe in climate change, but people have used that particular argument,
the ontological argument, to justify so many things, including cults and
dictatorships.

Google drunken trees. Then report back to head quarters.

“So why should we risk these catastrophic events?” Because the power
released by burning fossil fuels, the economic activity whose side effect
is deforestation, etc., is very USEFUL to many people and institutions.

how the hell do they know how many times this has happened? and when its
what? 450 million years ago…

It goes on constantly. Isn’t that great! We are amazingly adaptive.

Also, a fun fact: The Ice Age isn’t even fully over, and life will
adapt…unless something fucked up happens, which is highly unlikely.

There is a comment below that says voting Democrat will solve the problem.
I don’t think you really understand the problem. The answer to any problem
is rarely government.

humans can’t go extinct anymore; not by natural causes: worst case
scenarios many die, and survivors live in bunkers powered by nuclear
energy. Only a second stupid, sorry, cold war turned hot could cause
extinction. As for the other life forms, well that’s the real issue.

Sorry to say this, but it’s already too late.

Possessions, Jobs, and Money-or Life, for you, your friends, your family,
and future generations? You choose whichever one is more important people.
We are the only ones who can stop this; it starts with us,

“Last Hours” is the first in a series of short films that explore the perils of climate change and the solutions to avert climate disaster. Each subsequent film will highlight fact-based challenges facing the human race, and offer solutions to ameliorate these crises. The initial short film series will culminate in a feature film to be presented prior to COP21, the 2015 UN Conference on Climate Change in Paris. An asset for the climate change movement, “Last Hours” will be disseminated globally to awaken modern culture worldwide about the various dangers associated with climate change. “Last Hours” describes a science-based… Read more »