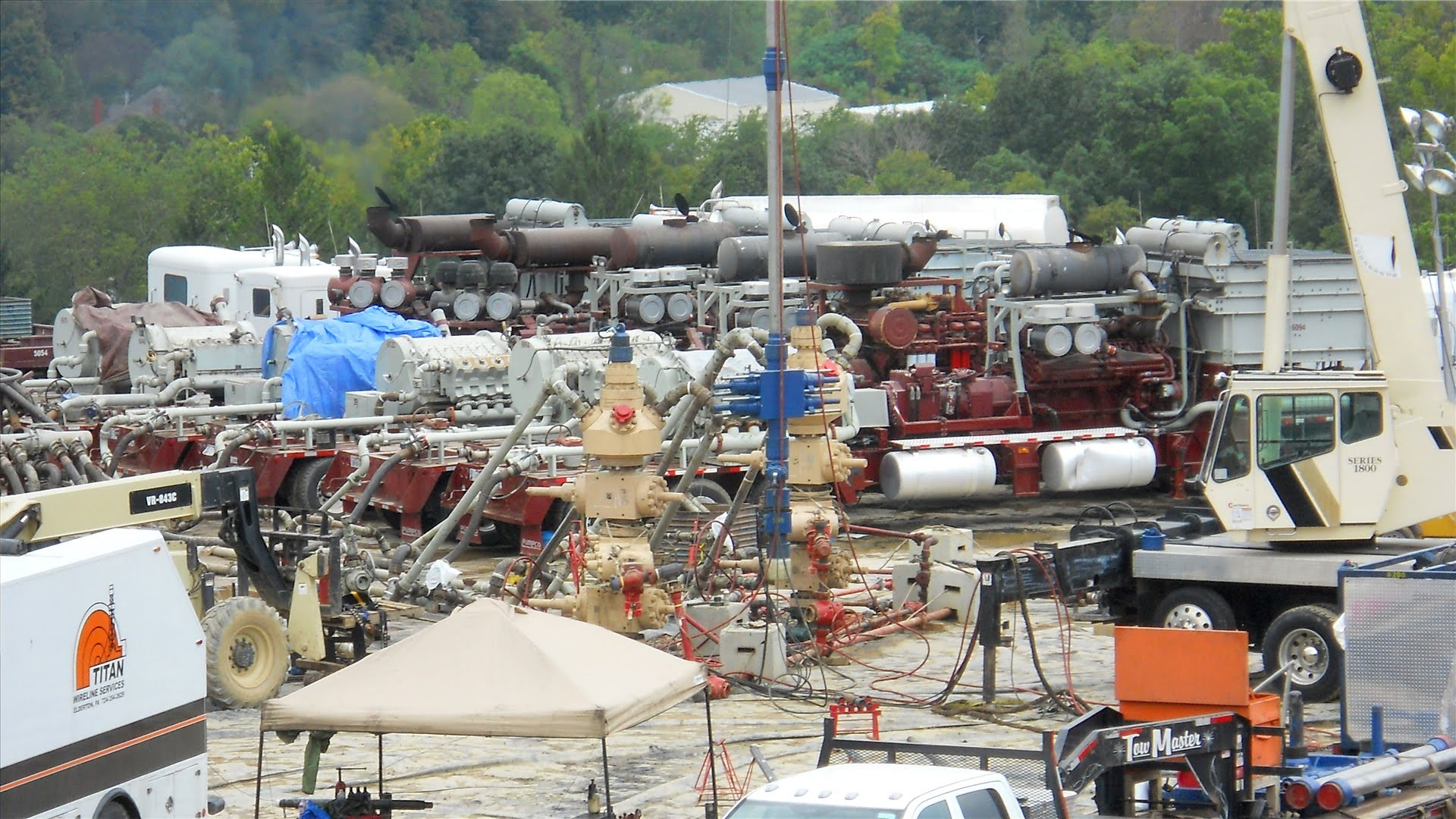 America’s natural gas system is leaky and in need of a fix, new study finds

A review of more than 200 earlier studies confirms that U.S. emissions of methane are considerably higher than official estimates. Leaks from the nation’s natural gas system are an important part of the problem. This finding has important implications for natural gas as a possible replacement fuel for coal.

By Mark Golden via Stanford: The first thorough comparison of evidence for natural gas system leaks confirms that organizations including the Environmental Protection Agency (EPA) have underestimated U.S. methane emissions generally, as well as those from the natural gas industry specifically.

Natural gas consists predominantly of methane. Even small leaks from the natural gas system are important because methane is a potent greenhouse gas – about 30 times more potent than carbon dioxide. A study, “Methane Leakage from North American Natural Gas Systems,” published in the Feb. 14 issue of the journal Science, synthesizes diverse findings from more than 200 studies ranging in scope from local gas processing plants to total emissions from the United States and Canada.

The standard approach to estimating total methane emissions is to multiply the amount of methane thought to be emitted by a particular kind of source, such as leaks at natural gas processing plants or belching cattle, by the number of that source type in a region or country. The products are then totaled to estimate all emissions. The EPA does not include natural methane sources, like wetlands and geologic seeps.

The national natural gas infrastructure has a combination of intentional leaks, often for safety purposes, and unintentional emissions, like faulty valves and cracks in pipelines. In the United States, the emission rates of particular gas industry components – from wells to burner tips – were established by the EPA in the 1990s.

Since then, many studies have tested gas industry components to determine whether the EPA’s emission rates are accurate, and a majority of these have found the EPA’s rates too low. The new analysis does not try to attribute percentages of the excess emissions to natural gas, oil, coal, agriculture, landfills, etc., because emission rates for most sources are so uncertain.

Several other studies have used airplanes and towers to measure actual methane in the air, so as to test total estimated emissions. The new analysis, which is authored by researchers from seven universities, several national laboratories and federal government bodies, and other organizations, found these atmospheric studies covering very large areas consistently indicate total U.S. methane emissions of about 25 to 75 percent higher than the EPA estimate.

Some of the difference is accounted for by the EPA’s focus on emissions caused by human activity. The EPA excludes natural methane sources like geologic seeps and wetlands, which atmospheric samples unavoidably include. The EPA likewise does not include some emissions caused by human activity, such as abandoned oil and gas wells, because the amounts of associated methane are unknown.

However, the analysis also finds that some recent studies showing very high methane emissions in regions with considerable natural gas infrastructure are not representative of the entire gas system. “If these studies were representative of even 25 percent of the natural gas industry, then that would account for almost all the excess methane noted in continental-scale studies,” said a co-author of the study, Eric Kort, an atmospheric science professor at the University of Michigan. “Observations have shown this to be unlikely.”

Natural gas as a replacement fuel

Even though the gas system is almost certainly leakier than previously thought, generating electricity by burning gas rather than coal still reduces the total greenhouse effect over 100 years, the new analysis shows. Not only does burning coal release an enormous amount of carbon dioxide, mining it releases methane.

Perhaps surprisingly though, the analysis finds that powering trucks and buses with natural gas instead of diesel fuel probably makes the globe warmer, because diesel engines are relatively clean. For natural gas to beat diesel, the gas industry would have to be less leaky than the EPA’s current estimate, which the new analysis also finds quite improbable.

“Fueling trucks and buses with natural gas may help local air quality and reduce oil imports, but it is not likely to reduce greenhouse gas emissions. Even running passenger cars on natural gas instead of gasoline is probably on the borderline in terms of climate,” Brandt said.

The natural gas industry, the analysis finds, must clean up its leaks to really deliver on its promise of less harm. Fortunately for gas companies, a few leaks in the gas system probably account for much of the problem and could be repaired. One earlier study examined about 75,000 components at processing plants. It found some 1,600 unintentional leaks, but just 50 faulty components were behind 60 percent of the leaked gas.

“Reducing easily avoidable methane leaks from the natural gas system is important for domestic energy security,” said Robert Harriss, a methane researcher at the Environmental Defense Fund and a co-author of the analysis. “As Americans, none of us should be content to stand idly by and let this important resource be wasted through fugitive emissions and unnecessary venting.”

One possible reason leaks in the gas industry have been underestimated is that emission rates for wells and processing plants were based on operators participating voluntarily. One EPA study asked 30 gas companies to cooperate, but only six allowed the EPA on site.

“It’s impossible to take direct measurements of emissions from sources without site access,” said Garvin Heath, a senior scientist with the National Renewable Energy Laboratory and a co-author of the new analysis. “But self-selection bias may be contributing to why inventories suggest emission levels that are systematically lower than what we sense in the atmosphere.”

The research was funded by the nonprofit organization Novim through a grant from the Cynthia and George Mitchell Foundation. “We asked Novim to examine 20 years of methane studies to explain the wide variation in existing estimates,” said Marilu Hastings, sustainability program director at the Cynthia and George Mitchell Foundation. “Hopefully this will help resolve the ongoing methane debate.”

Other co-authors of the Science study are Francis O’Sullivan of the MIT Energy Initiative; Gabrielle Pétron of the National Oceanic and Atmospheric Administration (NOAA) and the University of Colorado; Sarah M. Jordaan of the University of Calgary; Pieter Tans, NOAA; Jennifer Wilcox, Stanford; Avi Gopstein of the U.S. Department of State; Doug Arent of the National Renewable Energy Laboratory and the Joint Institute for Strategic Energy Analysis; Steven Wofsy of Harvard University; Nancy Brown of the Lawrence Berkeley National Laboratory; independent consultant Richard Bradley; and Galen Stucky and Douglas Eardley, both of the University of California-Santa Barbara. The views expressed in the study are those of the authors, and do not necessarily reflect those of the U.S. Department of State or the U.S. government.

For more Stanford experts on energy and other topics, visit Stanford Experts.

It doesn’t matter. Even if you don’t burn it, methane (CH4) in the atmosphere oxidizes fairly rapidly, changing into (negligible amounts of) harmless CO2 and water: CH4 + 2·O2 -> CO2 + 2·H2O Various sources give the half-life of methane in the atmosphere as 6 to 8 years, which would make the average lifetime 1.4427 times that (because oxidation is an exponential process, rather than linear), yielding an average lifetime for a molecule of CH4 in the atmosphere of 8.7 to 11.5 years. Page 11 of this source gives the directly-calculated atmospheric lifetime of CH4 as ~8 years, but identifies… Read more »

more man made global warming bullshit?
how can i get on this gravy train and who the fuck funds this bullshit?

Big source is the released methane from the warming defrosting permafrost
of Siberia.

Thank You for making thus informative video. I Believe this is more reason
to STOP FRACKING! It is NOT Affordable, Between the Expensive Negative
Climate Impacts, the Hundreds of Millions of Gallons of Water Being
contaminated & usd that could be going to California Farmers, as well as
residents ,and the Health costs with the Benzene, sulfur dioxide and many
other gasses & chemicals being released into the air & water. Stanford by
itself even has the technology available through solar, wind, tidal
turbines,and geo thermal to help create an Ambulance of everlasting safe
energy.

Official estimates tend to be very conservative, but this is outragous