Global Warming Speed Bump? The Answer May Be Blowing in the Wind! 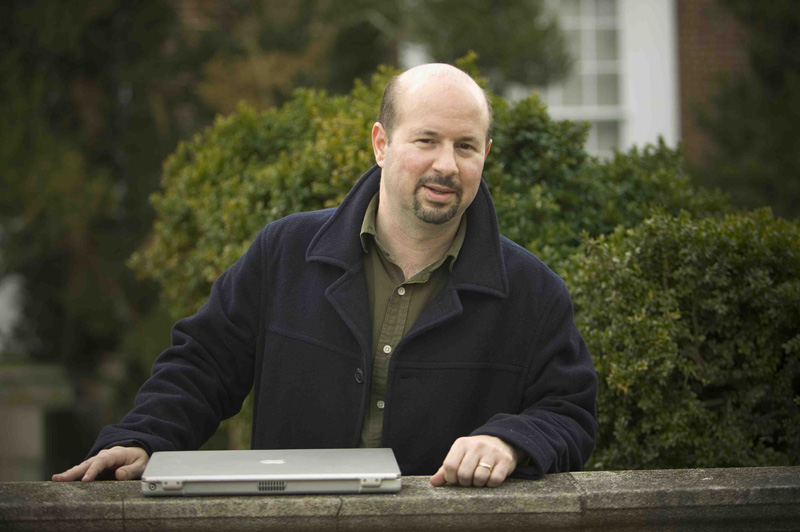 By Michael E. Mann via HuffingtonPost: An interesting new paper by Matthew England and colleagues just published in the journal Nature Climate Change tosses another hat in the ring when it comes to explanations of the so-called “hiatus” or “pause” (I prefer “speed bump”) in global warming.

As I have discussed previously, the fact that global surface temperatures have not increased as much over the past decade as many climate models predict they should have, doesn’t necessarily contradict the model predictions at all. In reality, the speed bump may simply reflect the short-term natural fluctuations of climate (and keep in mind that, by some measures such as the melting of Arctic sea ice, climate change is actually proceeding faster than the models have predicted):

Yet there are numerous explanations of the slowing of warming (unaccounted for effects of volcanic eruptions and natural variability in the amount of heat buried in the ocean) that do not imply a lower sensitivity of the climate to greenhouse gases.

The new paper by England et al is relevant to the latter of the two potential explanations provided above, namely how much heat is being buried below the ocean surface.

The explanation for the speed bump, the authors say, might lie in the stronger-than-normal winds in the tropical Pacific for much of the past decade. The equatorial trade winds are responsible for the upwelling of cold deep water in the eastern equatorial Pacific (why the Galapagos Islands are a cold place to go swimming, despite being located near the equator). That cold water spreads out over a large part of the eastern and central tropical Pacific. Make those winds stronger, and you get cooler surface temperatures over a large region of Earth’s tropics, and modestly lower global surface temperatures of 0.1-0.2C (enough to explain much if not all of the slowing of global warming over this short time frame). The surface cooling is associated, in turn, with greater burial of heat beneath the ocean surface.

Such conditions are basically equivalent to the flip-side of El Niño, known as La Niña. In other words, the slowing of global warming may relate, at least in part, to the tendency for more frequent La Niña-like conditions in recent years. That gives us stronger trade winds in the eastern tropical Pacific, more burial of heat below the ocean surface, colder tropical Pacific sea surface temperatures, and slightly cooler global average temperatures than we might otherwise have seen.

The $64,000 question, then, is whether this increased tendency for La Niña-like conditions over the past decade is entirely natural in origin, or whether it might instead in some way be tied to climate change itself. If we are simply witnessing a temporary natural excursion that is part of an internal oscillation in the climate system, then things might easily turn around in the years ahead. Just as we are getting lulled into a sort of false complacency about the rate of global warming, we may be caught by surprise as the natural oscillation swings in the other direction, and the globe warms even faster than the models predict it should.

On the other hand, if we are instead seeing a subtle effect of global warming in which increased greenhouse gas concentrations are, seemingly paradoxically, favoring the colder La Niña state of the climate system, then future global warming might end up being just a bit less than many of the current climate models are predicting. Keep in mind that the effect in question only amounts to at most one or two tenths of a degree C, and business-as-usual fossil fuel emissions are likely to warm the globe by 4-5C (7-9F) by the end of the century. So we’re talking about a very minor correction. But nonetheless, it would potentially constitute a small additional negative feedbackin the climate system, and a slight mitigation of future warming in comparison with what prevailing climate models currently project.

As it happens, I have been arguing for this possibility for some time now, a somewhat inconvenient fact for those who would prefer to label me a “climate change alarmist.” 😉

In the section “It’s the Anomalies, Stupid” of Chapter 6 (“A Candle in the Dark”) of my book The Hockey Stick and the Climate Wars, I discuss work I published more than a decade ago that provides some possible evidence for a mechanism known as the tropical Pacific ocean thermostat whereby global warming, counter-intuitively, leads to a greater prevalence for La Niña-like conditions.

As I describe in the book, it all relates to controversial research by another climate scientist that dates back nearly 30 years:

In the mid-1980s, a scientist named Paul Handler from the University of Illinois had suggested a relationship between explosive tropical volcanic eruptions and the timing of major El Niño events, but his findings were based on only a short interval of time: the instrumental record available back through the late nineteenth century.Other properly skeptical scientists argued that the statistical relationship was not very robust — remove one major volcanic eruption, for example, and the relationship is no longer statistically significant — and there was no convincing physical explanation given for why this relationship between volcanic eruptions and El Niño events should exist in the first place.

My colleagues and I used the paleoclimate reconstructions that we had published in the late 1990s to further test this hypothesis:

With the longer-term record of El Niño events that we now had from our proxy temperature reconstructions (we could reliably reconstruct the history of El Niño back through the early seventeenth century), we could see whether the relationship held up over a time period that was both longer than, and completely independent of, the modern period Handler had analyzed. What’s more, Amy Clement and Mark Cane of Columbia’s Lamont Doherty Earth Observatory had provided an important link in establishing a plausible physical mechanism for the purported relationship. In a provocative 1997 article, they used the so-called Cane-Zebiak model of the El Niño phenomenon to demonstrate that the very same mechanisms responsible for El Niño held some counterintuitive implications for how the tropical Pacific Ocean and atmosphere system might respond to an external heating. The mechanism they identified, known as the “tropical Pacific Ocean thermostat,” implied that the eastern and central tropical Pacific might actually cool down! The pattern of cooling resembled the opposite of El Niño — La Niña — and it resulted from subtle ways that wind patterns and ocean currents influence each other in the equatorial Pacific. Clement, Cane, and collaborators argued that this mechanism could paradoxically cause the climate to look more like the cold La Niña state even as global warming proceeds.

As I go on to explain:

If the thermostat mechanism caused the climate to look more like La Niña in response to heating (by either increased greenhouse gas concentrations or an upturn in solar output), it ought — my colleagues and I reasoned — to exhibit an El Niño-like pattern in response to the cooling influence of an explosive volcanic eruption. Not any old volcanic eruption would do; the volcanic aerosols would have to block out sunlight from reaching the surface of the tropical Pacific Ocean, something that — because of large-scale wind patterns — only a tropical eruption will do. It made perfect sense to us, now, why Handler had seen a clear relationship only with tropical volcanic eruptions. We confirmed Handler’s original findings in our own independent analysis of the relationships between volcanic activity and El Niño over the past several centuries.

Some of our more recent work appears to provide further support for the mechanism from the paleoclimate record (see this more detailed discussion from a few years ago at the climate blog RealClimate I contribute to):

We showed in recent work, for example, that the same mechanisms described above may help to explain many of the now-better-established features of the medieval climate anomaly. For example, the La Niña-like temperature pattern in the tropical Pacific we have discerned for the MCA [Medieval Climate Anomaly] when solar output was high and volcanic eruptions were few, seems to be consistent with the tropical Pacific thermostat mechanism.

Finally, this matter illustrates how scientific uncertainty is not necessarily our friend when it comes to projected climate change impacts, and it provides a good example oftrue healthy scientific skepticism (as opposed to the sort of denialism/contrarianism that is too often passed off as ‘skepticism’):

The implications of this seemingly innocuous finding are not trivial. It suggests the possibility that heating by increased greenhouse gas concentrations could lead to a more La Niña-like state of the climate, associated, for example, with intensified drought in the desert Southwest and increased Atlantic hurricane activity. If the minority of climate models that produce that response are correct, we might see a greater exacerbation of these effects than the IPCC currently projects.We have then a genuine area of uncertainty in the science with significant potential societal implications, one where a healthy dose of skepticism is warranted in interpreting the predictions of state-of-the-art models. Climate scientists continue to seek more data and make further refinements in the models as they strive to resolve this issue. Here we are very much in the midst of science’s erratic path forward.

Michael Mann is Distinguished Professor of Meteorology at Pennsylvania State University and author of The Hockey Stick and the Climate Wars: Dispatches from the Front Lines (now available in paperback with a new guest foreword by Bill Nye “The Science Guy”)
Follow Michael E. Mann on Twitter: www.twitter.com/MichaelEMann

RealClimate: Going with the wind
Met Office: The Recent Storms and Floods in the UK

[…] Related Climate Change Could Double Likelihood of Super El Ninos RealClimate Going with the wind Global Warming Speed Bump? The Answer May Be Blowing in the Wind! […]