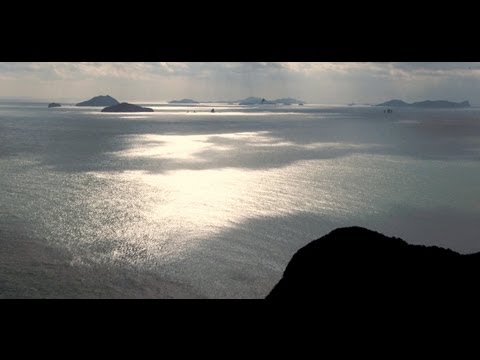 Two recent studies on past temperatures…

Understanding the evolution of Arctic polar climate from the protracted warmth of the middle Pliocene into the earliest glacial cycles in the Northern Hemisphere has been hindered by the lack of continuous, highly resolved Arctic time series. Evidence from Lake El’gygytgyn, NE Arctic Russia, shows that 3.6-3.4 million years ago, summer temperatures were ~8°C warmer than today when pCO2 was ~400 ppm. Multiproxy evidence suggests extreme warmth and polar amplification during the middle Pliocene, sudden stepped cooling events during the Pliocene-Pleistocene transition, and warmer than present Arctic summers until ~2.2 Ma, after the onset of Northern Hemispheric glaciation. Our data are consistent with sea-level records and other proxies indicating that Arctic cooling was insufficient to support large-scale ice sheets until the early Pleistocene. http://www.sciencemag.org/content/early/2013/05/08/science.1233137.abstract

Patterns and mechanisms of early Pliocene warmth
A huge pool of warm water that spanned the Tropics four million years ago suggests climate models might be too conservative in forecasting tropical changes. Dr Chris Brierley (UCL Geography), a co-author of the paper published in Nature, explains that this giant mass of water would have dramatically altered rainfall in the tropics. Its decay and the consequential drying of East Africa may have been a factor in Hominid evolution. With green house gases accelerating climate change, Dr Brierley says we cannot rule out such a future for the world with the return of uniformly warm seas in the Tropics. http://dx.doi.org/10.1038/nature12003