You are here:
Emissions ReductionPolicy 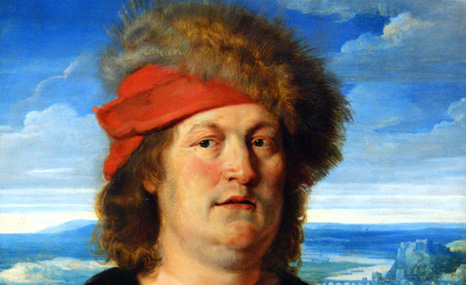 By John Ashton via RTCC

Fellow Europeans. We now find ourselves living in a lost continent.

Our publics have lost confidence in our elites which, as Martin Wolf pointed out in the Financial Times last week, have failed us but are in denial about it.

We are more divided than we have been in our lifetimes, as nations and across our continent.

We built social settlements after our last European war to protect the weak and maintain the conditions for prosperity by sharing it. But those settlements are now crumbling under the current fiscal pressures, and because a politics of division and envy is being allowed to take hold. In some countries, shamefully, it is being actively stoked up by politicians and the media.

We feel we are in the grip of historic forces, climate change is just one of them. Our leaders seem barely to comprehend those forces, still less to know how to respond to them.

And while most of those leaders, perhaps understandably, have had their hands full managing the crisis day-by-day and sometimes hour-by-hour, the political rationale that built postwar Europe is dissolving.  Never in my lifetime have so many Europeans had so little love for the European idea.

There is no glue holding us together, no sense of where we are going together. We are afraid of what tomorrow will bring; no longer inspired by vision and will to do whatever is necessary to make it better than today.

What we need to do to rediscover ourselves, and what we need to do to fix the real climate problem are one and the same. That’s because both problems have the same root, the hegemony of a dogma that cannot acknowledge let alone solve our real problems.

Europe certainly has no monopoly on the idea that reality exists and that through a constant effort better to comprehend it we can improve our condition, that we actually can have some control over our destiny, that the future is something we can build, not something that just happens to us.

But over hundreds of years, from the Dark Ages to the Enlightenment, we forged our version of that idea. Just walk around old Lucerne, cross those wonderful wooden bridges, and you see the traces. It gave us our culture and came to define us as a continent. In that sense it is a European idea. It is because we have forgotten it that we have become lost.

And it’s because we have forgotten it that at the moment we seem unable to summon the will to do what it will take to deal with climate change.

And by the way, by talking about Europe, I’m not belittling the importance of the choices to be made by America, China, Japan and everyone else. We and they all need to complete the same transformation and through our diplomacy to hasten it globally. But all transformation starts at home, “ask what you can do” as JFK put it. If we want to strengthen the forces of transformation elsewhere, we need to be doing ourselves what we would ask of others.

I’m not suggesting – how could I by a tranquil Swiss lake on a Sunday afternoon in January – I’m not suggesting that we rush outside and build a pyre and start throwing onto it the collected works of Robert Lucas, Milton Friedman and all the other Avicennas of market supremacism. Come to think of it there are attractions….

….but that would actually be barbaric, and our condition in Europe is such right now that the burning of a single book could start a fire that we can’t put out. I’m not being flippant when I say that; it really is.

But we do need to heed what Paracelsus was telling us.

Paracelsus was often likened to his near contemporary Martin Luther and he railed against the comparison. But I have always suspected that he was protesting a bit too much.

Both men knew they were protagonists in a political struggle; and that the first rule of power is that it is never given, it always has to be taken. They knew that it doesn’t matter how certain you are about what needs to be done, nor what resources you have to do it with, none of that matters unless you can summon the will, the courage, the genius to take the all important first step.

That step has to be an act of theatre, an assertion of will, a liberation. What burns in the flames is not just the book of the painted monkeys; it is all the caution, all the irresolution, all the repression of the self that has held you back hitherto. Fire transforms.

We now need a Paracelsus moment. I don’t know what it will look like or when or where it will take place.

But I do know the question for all of us who want to see it and to bring it closer.

I said, in the world of the painted monkeys there is no tomorrow. But actually, nor in that world does yesterday really exist. There is only today. Now, now, now.

The pernicious doctrine takes away our will by erasing our history, wiping out the lessons we have already learned about who we are and how to be together in the world. It’s actually – as it turns out – the painted monkeys themselves who have been throwing books on the fire.

Paracelsus not only had no quarrel with Avicenna. He probably quite admired him. He certainly knew that in a sense he stood on Avicenna’s shoulders.

We now stand on the shoulders of Paracelsus and all those who came after him, who built a continent layer by layer that was capable of learning the lessons, sometimes hard and bloody lessons, of the past. Now at last the smoke is beginning to clear and we can start to see again all those broad shoulders, a sea of broad and sturdy shoulders, beneath our feet.

And what is more, we can now at last cast off our own generational burden, our shame, we can stand tall again, we can reach for the hands of those who come next.

This is an extract from a speech called ‘The book and the bonfire’ by John Ashton, formerly the UK’s leading climate change diplomat. Download a full version below.

John Ashton: Bonfire of the books