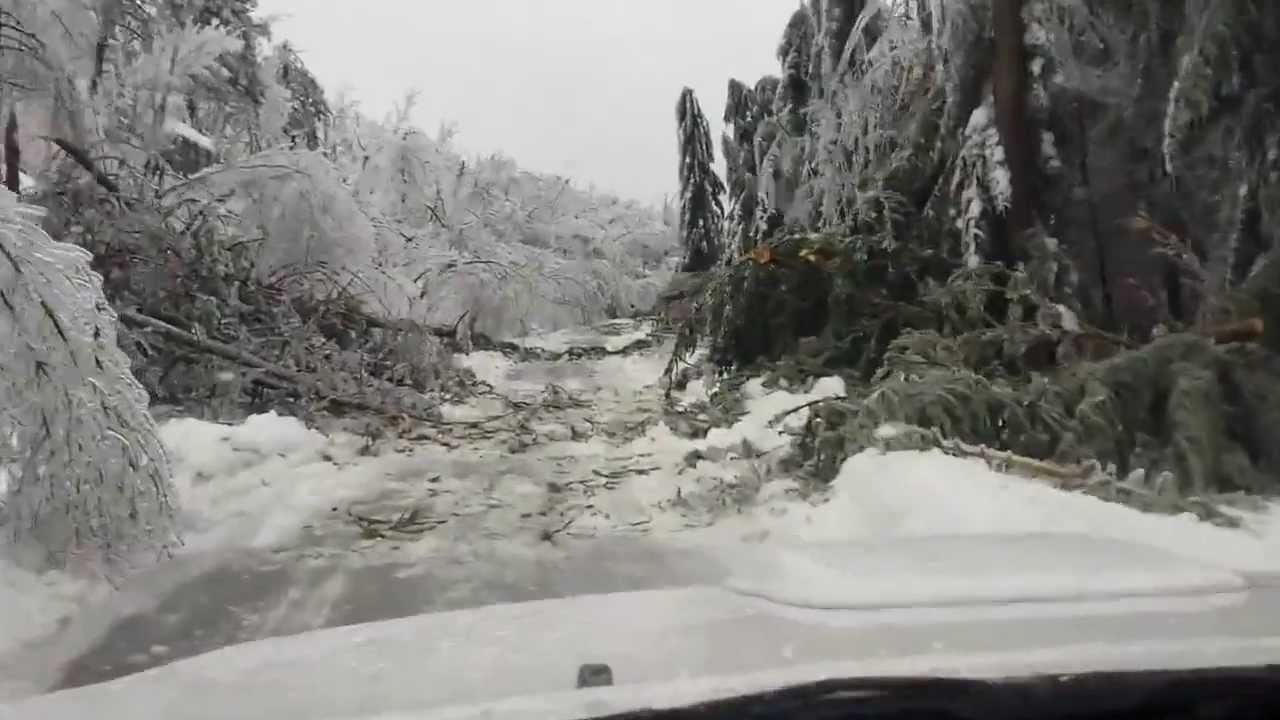 Slovenia, snowstorms have caused enormous damage to the extent that the state of natural disaster proved. Half of the country’s forests have been damaged by freezing rain and completely frozen landscape. Trees and power lines like giant ice. This video was filmed in the town of Postojna in southwestern Slovenia. Slovenia: Icy winter storm causes widespread freeze.

Roughly one-quarter of Slovenia was affected by severe ice storms and blizzards on Tuesday which the country’s Defence Minister Roman Jakis has described as “a large-scale natural disaster”.

Trains have been brought to a standstill, and one in four homes have been left without electricity amid sub-zero temperatures. Slovenian authorities have reported that over 5,000 people have been evacuated and 40% of alpine forest has been damaged as a result of the heavy onslaught of snow and ice. Slovenian prime minister Alenka Bratusek has requested assistance from fellow EU member states through the European Union Civil Protection Mechanism.

I come from one of the places that were hit most badly by this icy
rainstorm. Yes trees had fallen, roads were closed, we were without
electricity for about ten days, there’s a lot of damage, but it wasn’t to
bad during that time.
In the evenings we all went to a bar and drink beer, had a real
conversations with each other. Like in good old days…
Then we got back electricity and my liver was grateful for that 🙂

better driver than anyone in atlanta

My best desire for you brothers…. regards from Mexico.

It is wonderful! Congratulations!! Such a painful beauty!!!

Hold on brothers! Serbia wish you the best!

but where the heck is he going

unestly this scary place every things is frozen

OK, time to stop complaining about our winter weather around here. (watch
the whole video)

i am from the north-west of slovenia.we had to battle the cold and the ice.
everything made of glass just shatered if hit by hand.we were without
electricity for a week because of that the pump did not work and it was
freezing. . .basically everything went to hell that week.

More than 350k citizens (of 2mio poppulation) was wuthout electric power.
Many trees are destroyed … for more reality picture – we lost so many
forrests as we “cut” them in all two years. But there is more pictures
about that wetter. You can check that slovenian news website (in slo
language):
http://www.rtvslo.si/okolje/brez-elektrike-cetrt-milijona-slovencev-v-podravju-tezave-s-pitno-vodo/328923and
http://www.rtvslo.si/okolje/foto-zamrznjeni-prizori-slovenije-vkovane-v-led-in-sneg/329173

its a snow genocide

Lived in New England most of my life and have been through a few of these
types of storms. They’re no fun, especially when the power goes out for
days, weeks for some people.

+64jcl
Co2 doesnt have an influence with this. EU govs are making syntetic clouds
so its getting colder in some countries.

Thats an insane amount of ice. Brave person to drive out in that. I
wouldn’t. Btw, thats a Subaru! Nice. That car is impressive in those rough
ice covered roads.

Brave people out walking in that. I can only imagine how many branches were
coming down around them. Gorgeous, but terrible that it destroyed so many
trees.

give me pizza or give me death

that’s an ice storm, not a snowstorm.

Crazy, looks like a scene from Day after Tomorrow. This is what happens
when you mess with the jetstream by filling the atmosphere with tons and
tons of CO2.

my god. I wish the country a speedy recovery.

The American Southwest right now is warmer than usual, and going through a
terrible drought.

How long will we continue to ignore the evidence?

Holy crap…! The trees in this vid look like they’ve been hit by ice
magic, they are totally, utterly destroyed by an insanely thick layer of
ice. Apparently 40% of the entire countries forests were killed in this
one event…this is some science-fiction shit going down here.

I’d say it looks wonderful, if it wasn’t so bad for the forests

I got to wonder if there is something we are not being told? Farmers
almanacs got to be used for toilet paper now?