Polar Vortex to Collapse and Flood Eastern US With Arctic Air 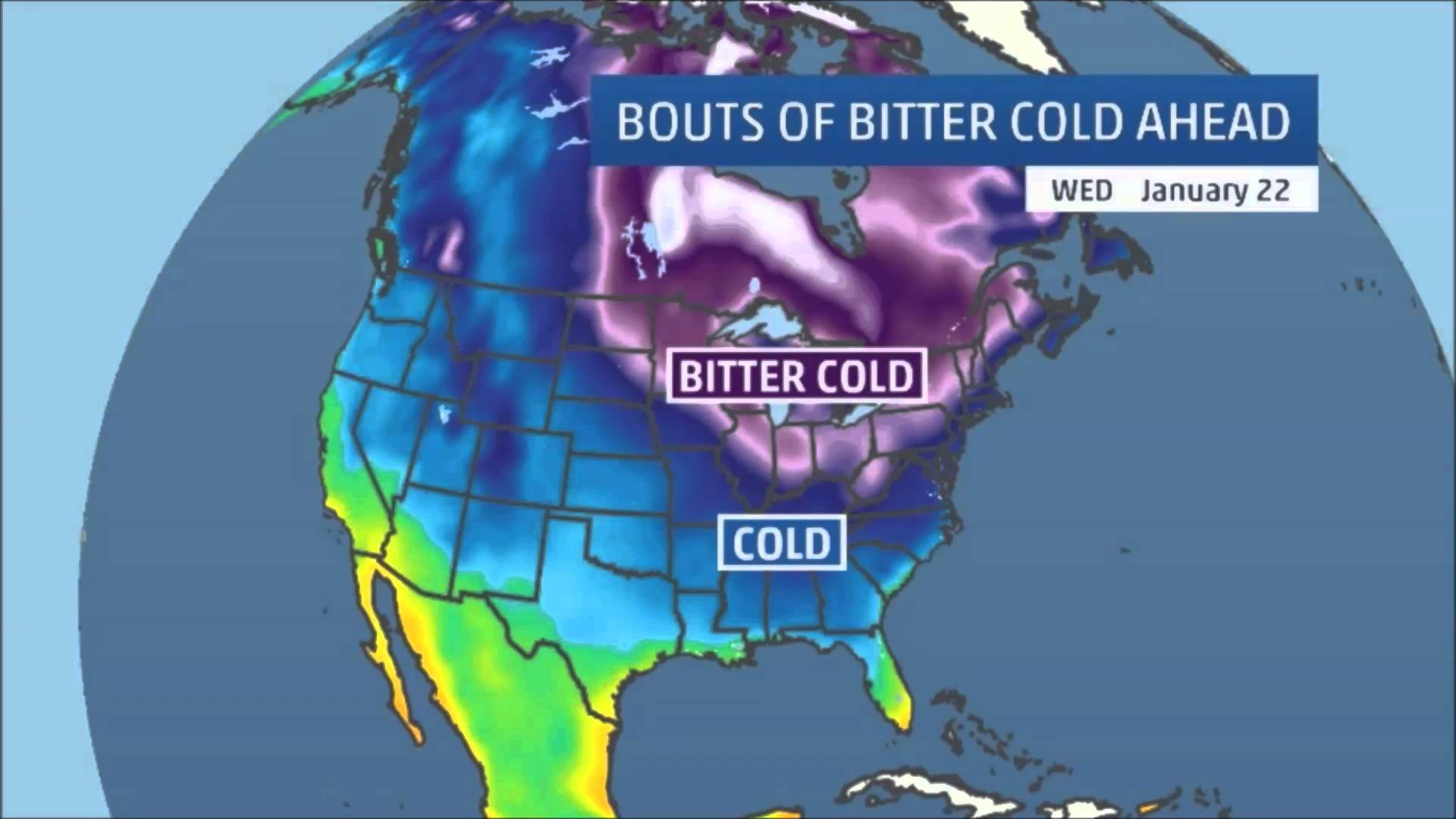 Robert Scribbler: Well, the forecast is in. And it appears we are about to receive yet another helping of winter weather extremes driven by human caused climate change.

ECMWF and NOAA models both show mid and upper level warmth increasing over the polar region. This warmth, over the next week, will invade toward the surface, collapsing the polar vortex and driving Arctic cold into both Siberia and North America. In the image below, you can see that mid level cold is cut in half by warmth flooding into the polar zone resulting in both the polar vortex collapse and ejection toward southern latitudes all while severely malforming the circumpolar Jet Stream.

Note that mid level atmospheric temperatures are about the same over the Central Arctic as they are over Central Europe, a much lower latitude. Also note how the polar cold, typically centered over the Arctic is driven away and further south into two distinct zones — one over Siberia, the other over North America. Already, observations in the high Arctic show temperatures as much as 30 degrees F above average for this time of year and such anomalies are projected to expand as this second vortex collapse of the season progresses.

This new temperature flux will make the fixed Rossby wave ridge and trough pattern very intense, forming high velocity upper level wind flows over much of the US. To the north, the Jet will invade Alaska. To the south, it will dig deep into the Gulf of Mexico, bringing cold Arctic air into direct contact with moist, warm tropical air. The result may well be a spectacular and dangerous series of winter storms over the next two weeks for the Central and Eastern US.

NBC News: When the Arctic is warmer, the U.S. gets cold

The cold experienced in early January was actually a result of the polar vortex weakening, becoming warmer and therefore releasing its powerful chill beyond its normal reach through the northern climes. Weather experts at NOAA said the intense cold air the U.S. has experienced is in fact a result of a warming world and increasing climate variability.

What this needs is a world temperature and pressure map, for comparison.
Curious if some high pressure front coming from Siberia is pushing the
polar air …

And Europe is still much to warm! This s not normal anymore. Climate change
is coming faster now.