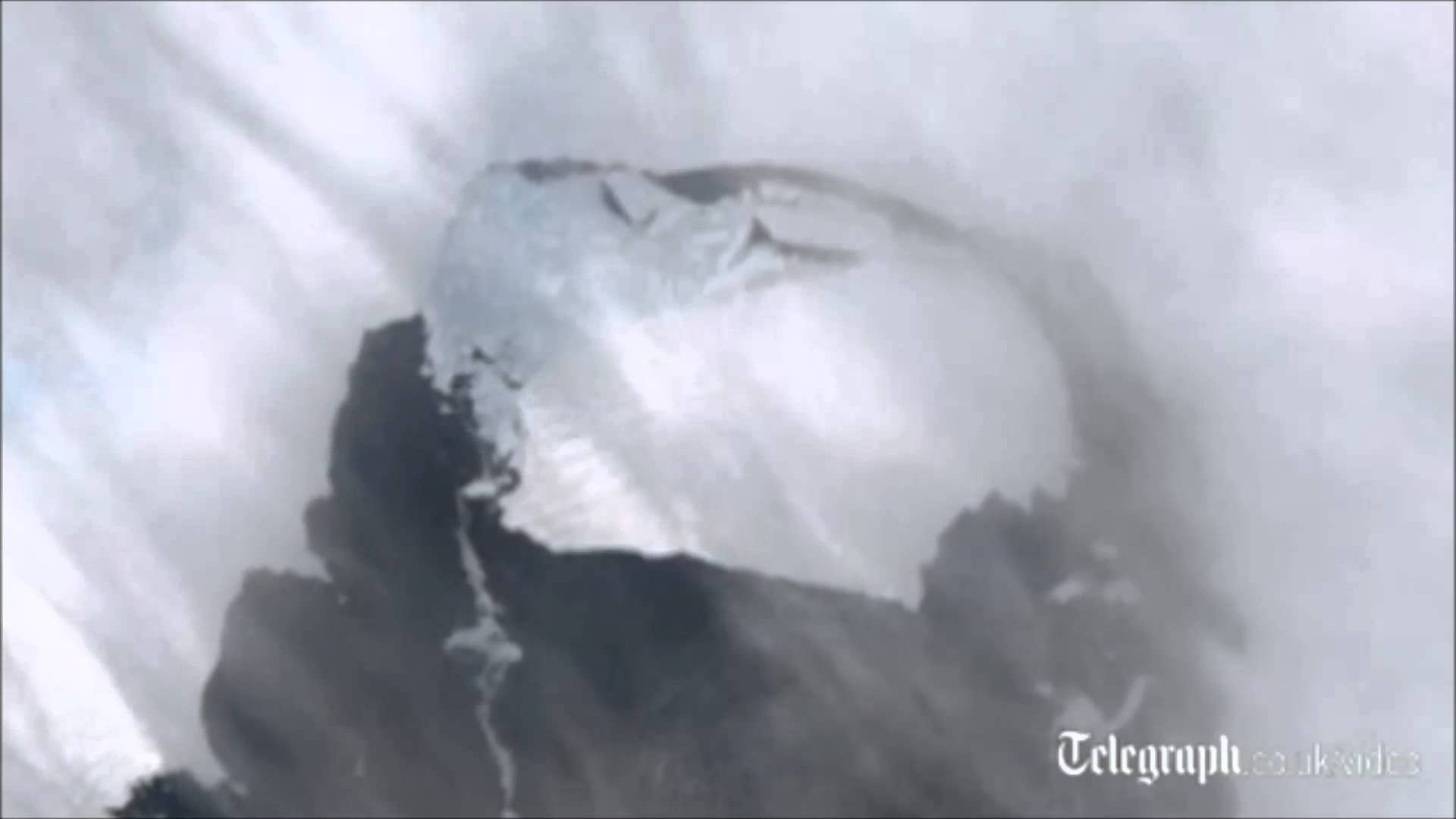 Pine Island Glacier 2013, Nov. 10: This MODIS image taken by NASA’s Aqua satellite on Nov. 10, 2013, shows an iceberg that was part of the Pine Island Glacier and is now separating from the Antarctica continent. What appears to be a connection point on the top left portion of the iceberg is actually ice debris floating in the water.

The original rift that formed the iceberg was first observed in October 2011 but as the disconnection was not complete, the “birth” of the iceberg had not yet happened. It is believed the physical separation took place on or about July 10, 2013, however the iceberg persisted in the region, adjacent to the front of the glacier.

The iceberg is estimated to be 21 miles by 12 miles (35 km by 20 km) in size, roughly the size of Singapore. A team of scientists from Sheffield and Southampton universities will track it and try to predict its path using satellite data. Source
Image credit: NASA