Bio-energy with carbon capture and storage 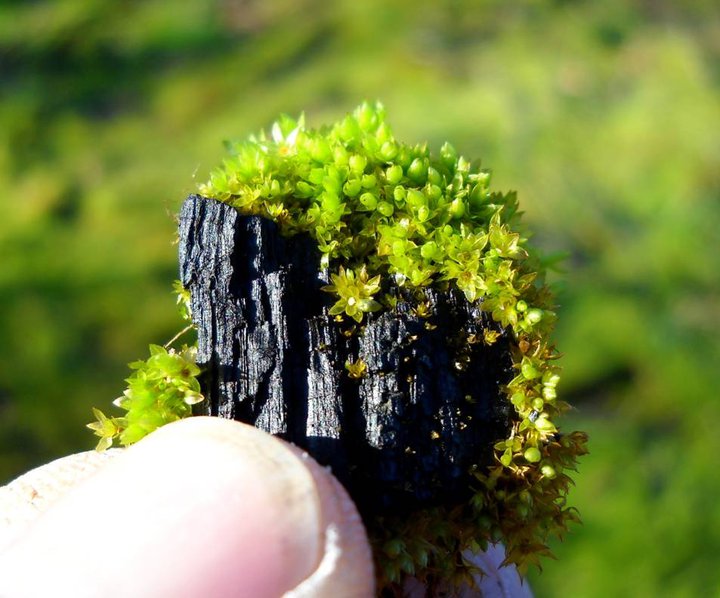 According to a recent Biorecro report, there is 550 000 tonnes CO2/year in total BECCS capacity currently operating, divided between three different facilities (as of January 2012).

It was pointed out in the IPCC Fourth Assessment Report by the Intergovernmental Panel on Climate Change (IPCC) as a key technology for reaching low carbon dioxide atmospheric concentration targets. The negative emissions that can be produced by BECCS has been estimated by the Royal Society to be equivalent to a 50 to 150 ppm decrease in global atmospheric carbon dioxide concentrations and according to the International Energy Agency, the BLUE map climate change mitigation scenario calls for more than 2 gigatonnes of negative CO2 emissions per year with BECCS in 2050. According to Stanford University, 10 gigatonnes is achievable by this date.

The Imperial College London, the UK Met Office Hadley Centre for Climate Prediction and Research, the Tyndall Centre for Climate Change Research, the Walker Institute for Climate System Research, and the Grantham Institute for Climate Change issued a joint report on carbon dioxide removal technologies as part of the AVOID: Avoiding dangerous climate change research program, stating that “Overall, of the technologies studied in this report, BECCS has the greatest maturity and there are no major practical barriers to its introduction into today’s energy system. The presence of a primary product will support early deployment.”

According to the OECD, “Achieving lower concentration targets (450 ppm) depends significantly on the use of BECCS“. Source

Bio-energy with carbon capture and storage (BECCS) is an unrealistic pipe dream that was part of the COP21 agreement. It is a multi-faceted technology that has not been tried out and it is assumed it could be deployed on a massive scale within 35-years and sustained for many decades after that. The target date of 2050 is unrealistic since Anthropogenic Climate Disruption (ACD) effects are happening so rapidly that the collapse of industrial civilization is likely to take place long before that target date is reached. The underground storage efforts began about two decades ago and have not shown the… Read more »

Hello Vernon, thanks for your input. While I agree in part with you about \”BECCS a pipe dream\”, especially in regards to the yet to be proven CCS (Carbon capture and storage) technology (lack of long term tests, lack of uniformity due to individual site topography, and possible change in response to an increase of geomorphological features). However, the main focus of BECCS are biomass plants, and in particular Biochar. Biochar can be used in a number of ways to help keep carbon in soils, to make soils more resilient to droughts, or to simply store carbon for long periods.

@Chris Machens Machines – Thank you for your input and for your strong interest in increasing the use of biochar which I believe should increase in use. The problem, that I see, is that these solutions can’t come even close to solving the problem humans have gotten themselves into. The additional carbon, now in the atmosphere, is the product of dumping tens-of-millions of years worth of carbon into the atmosphere during the last 150-years. In my 70-years I’ve seen many statements of what can be done but many turned out to be impractical. These are often viewed as embarrassments and… Read more »

Well, in my opinion reproduction can only be solved through extending our reach into the Universe. This is a very futuristic thought, first provided by Isaac Asimov, and still hundreds of years away from becoming reality. In our today reality, in perspective of the current emissions, the developed countries caused most of it, but is a rather minor part of the global population. No question that other countries would very likely done the same, follow our path on old think, but it bag\’s the question if there is really a causal relationship between population and emissions, when factoring in a… Read more »

A recent study suggested that the recent rate of increase in human population growth is linked with our use of the highly concentrated energy contained in fossil fuels. I was a member of Zero Population Growth (ZPG) in the late 1960’s and 1970s. We tried to implement policies that would eventually stop the U.S. population growth. The world population then was about half of what it is today. In response, opposition developed to our efforts. Talk of controlling overpopulation was common back then but now discussions are almost treated as taboo. Scientists started warning Congress about the threat of global… Read more »

James Lovelock believes that we are on a path to a planet which can only sustain so much. Disastrous heatwaves in Europe 2003 killed estimated 50.000 people in a couple of days. Many regions may become uninhabitable, because of the wet-bulb temperature, even a concern when for short episodes. Then possible acceleration through additional carbon release. Then unknowns in regards to oxygen producers in the Ocean and on land. On current emissions path it seems unlikely we get to these high population estimates by 2100. At the same time we contaminate our food chain, the ecosystems, adding additional stress. Maybe… Read more »

Reply
Go to Top
wpDiscuz
6
0
Would love your thoughts, please comment.x
()
x
| Reply
Cookie Consent
To provide the best experiences, we use technologies like cookies to store and/or access device information. Consenting to these technologies will allow us to process data such as browsing behavior or unique IDs on this site. Not consenting or withdrawing consent, may adversely affect certain features and functions. Learn more about the data usage on this website.
Manage options Manage services Manage vendors Read more about these purposes
View preferences
{title} {title} {title}
Loading Comments...