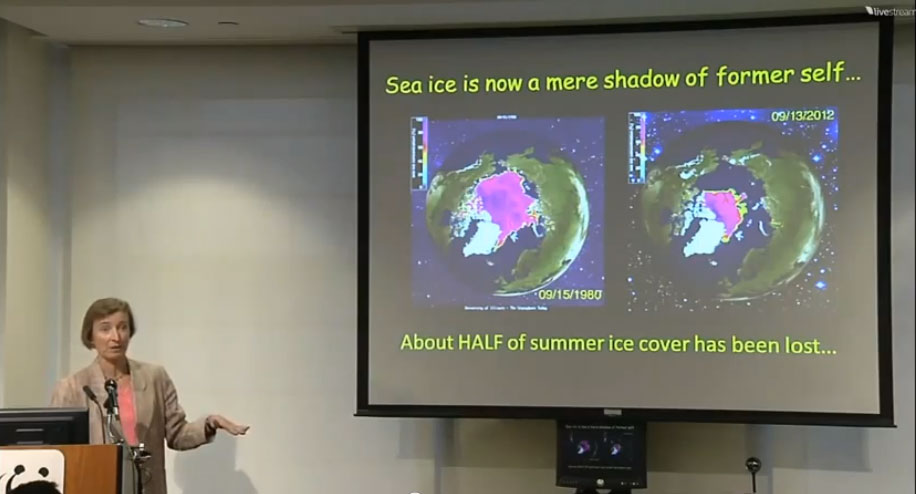 Ostro’s observations suggest that global warming is increasing the atmosphere’s thickness, leading to stronger and more persistent ridges of high pressure, which in turn are a key to temperature, rainfall, and snowfall extremes and topsy-turvy weather patterns like we’ve had in recent years.

Francis’s scientific story is complementary. She sees the rapid warming of the Arctic weakening the northern hemisphere jet stream, and thus, once again, slowing down the weather, leaving a given pattern stuck in place for longer (making any event potentially more disruptive and extreme).

Stu Ostro is a senior meteorologist at the Weather Channel, and was a longtime climate change skeptic—until the devastating 2005 Atlantic hurricane season, when he started documenting hundreds of cases of extreme and unusual weather and the patterns associated with them, and became convinced that something is very off about the atmosphere.

For more on Ostro’s work and amazing story, see:

Jennifer Francis is “a top climate researcher focused on the Arctic, whose work has drawn dramatic attention in the context of the very warm U.S. winter of 2012 (and attendant droughts and wildfires), the Russian heat wave and Pakistan floods of 2010, and other extreme weather events.”