You are here:
2021Climate ChangeDenialEnergyOilPolicy 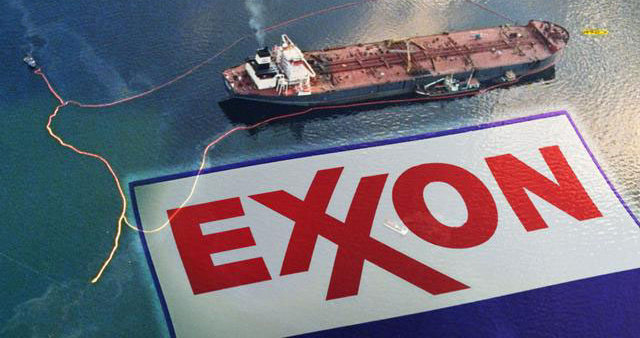 They’re America’s biggest oil company – committed they claim, to tackling the climate emergency. But tonight this programme can reveal undercover footage of one of Exxonmobil’s top Washington lobbyists – speaking candidly about his efforts to undermine new legislation to protect the environment. The lobbyist was captured on camera by the environmental group Greenpeace UK – boasting of how Exxonmobil has fought climate science, and operated behind closed doors to water down green legislation. Exxonmobil dispute the claims – and accuse Greenpeace of “waging a campaign against them”. In the first part of a series of reports on the secretive world of fossil fuel lobbying – our Chief Correspondent Alex Thomson has this exclusive story.

Inside Exxon’s playbook: How the oil giant works through front groups to head-off regulations on toxic chemicals and plastics

ExxonMobil ran a behind the scenes US lobbying campaign against legislative efforts to restrict the use of toxic PFAS “forever chemicals”, one of the oil giant’s most senior lobbyists has told an undercover reporter.

Keith McCoy, a senior director of federal relations at Exxon, told a reporter for Unearthed posing as a head-hunter that that the company had conducted a fingerprints-off lobbying push via several trade groups in an effort to stave off tighter regulations on these controversial chemicals.

This included, he said, lobbying Congress “under the guise” of the American Petroleum Institute, one of Exxon’s powerful trade associations.

McCoy explained that, if members of Congress “start talking about how this is an ExxonMobil chemical and ExxonMobil is poisoning our waterways, the debate is pretty much over.”