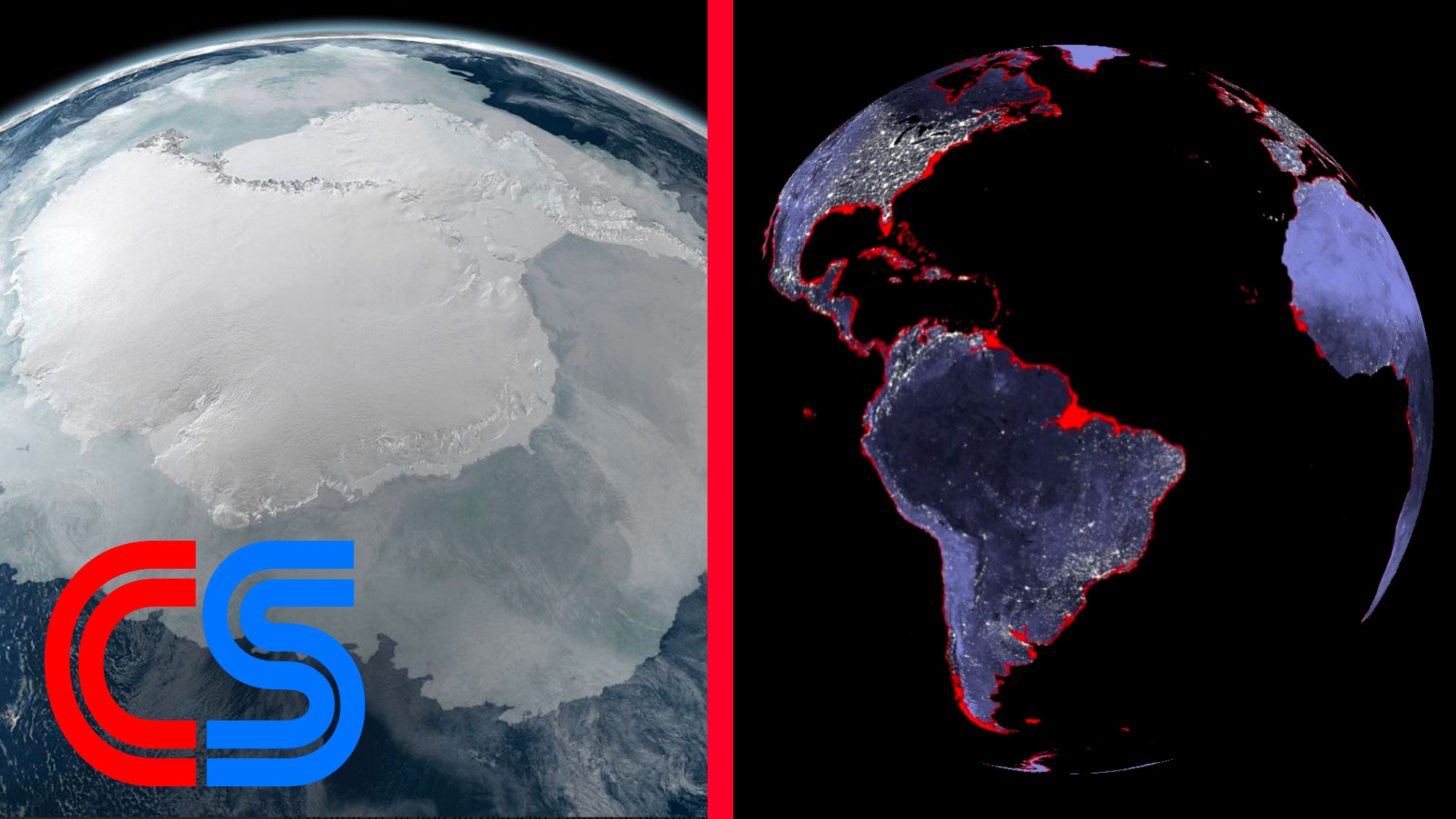 Analysis shows significant risk of cascading events even at 2C of heating, with severe long-term effects

The Guardian: The new research examined the interactions between ice sheets in West Antarctica, Greenland, the warm Atlantic Gulf Stream and the Amazon rainforest. The scientists carried out 3m computer simulations and found domino effects in a third of them, even when temperature rises were below 2C, the upper limit of the Paris agreement.

The study showed that the interactions between these climate systems can lower the critical temperature thresholds at which each tipping point is passed. It found that ice sheets are potential starting points for tipping cascades, with the Atlantic currents acting as a transmitter and eventually affecting the Amazon.

“We provide a risk analysis, not a prediction, but our findings still raise concern,” said Prof Ricarda Winkelmann, at the Potsdam Institute for Climate Impact Research (PIK) in Germany. “[Our findings] might mean we have less time to reduce greenhouse gas emissions and still prevent tipping processes.”

The level of CO2 in the atmosphere required to push temperatures beyond the thresholds could be reached in the very near future, she said. “In the next years or decades, we might be committing future generations to really severe consequences.” These could include many metres of sea-level rise from ice melting, affecting scores of coastal cities.

With progressing global warming, there is an increased risk that one or several tipping elements in the climate system might cross a critical threshold, resulting in severe consequences for the global climate, ecosystems and human societies. While the underlying processes are fairly well-understood, it is unclear how their interactions might impact the overall stability of the Earth’s climate system.

As of yet, this cannot be fully analysed with state-of-the-art Earth system models due to computational constraints as well as some missing and uncertain process representations of certain tipping elements. Here, we explicitly study the effects of known physical interactions among the Greenland and West Antarctic ice sheets, the Atlantic Meridional Overturning Circulation (AMOC) and the Amazon rainforest using a conceptual network approach.

We analyse the risk of domino effects being triggered by each of the individual tipping elements under global warming in equilibrium experiments. In these experiments, we propagate the uncertainties in critical temperature thresholds, interaction strengths and interaction structure via large ensembles of simulations in a Monte Carlo approach. Overall, we find that the interactions tend to destabilise the network of tipping elements.

Furthermore, our analysis reveals the qualitative role of each of the four tipping elements within the network, showing that the polar ice sheets on Greenland and West Antarctica are oftentimes the initiators of tipping cascades, while the AMOC acts as a mediator transmitting cascades. This indicates that the ice sheets, which are already at risk of transgressing their temperature thresholds within the Paris range of 1.5 to 2 ∘C, are of particular importance for the stability of the climate system as a whole.

Tipping elements in the climate system

The Earth system comprises a number of large-scale subsystems, the so-called tipping elements, that can undergo large and possibly irreversible changes in response to environmental or anthropogenic perturbations once a certain critical threshold in forcing is exceeded (Lenton et al., 2008). Once triggered, the actual tipping process might take several years up to millennia depending on the respective response times of the system (Hughes et al., 2013; Lenton et al., 2008).

With continuing global warming, it becomes more likely that critical thresholds of some tipping elements might be exceeded, possibly within this century, triggering severe consequences for ecosystems, infrastructure and human societies. These critical thresholds can be quantified with respect to the global mean surface temperature (GMT), resulting in three clusters of tipping elements that are characterised by their critical temperature between 1 and 3, between 3 and 5, and above 5 ∘C of warming compared with pre-industrial temperatures respectively (Schellnhuber et al., 2016).

The most vulnerable cluster, which is already at risk between 1 and 3 ∘C of warming, includes several cryosphere components, specifically mountain glaciers as well as the Greenland and West Antarctic ice sheets. Recent studies suggest potential early-warning indicators for these tipping elements, showing that some of them are approaching or might have already transgressed a critical threshold (Lenton et al., 2019; Caesar et al., 2018; Nobre et al., 2016; Favier et al., 2014).