You are here:
2019Climate ChangeProjectSolutions 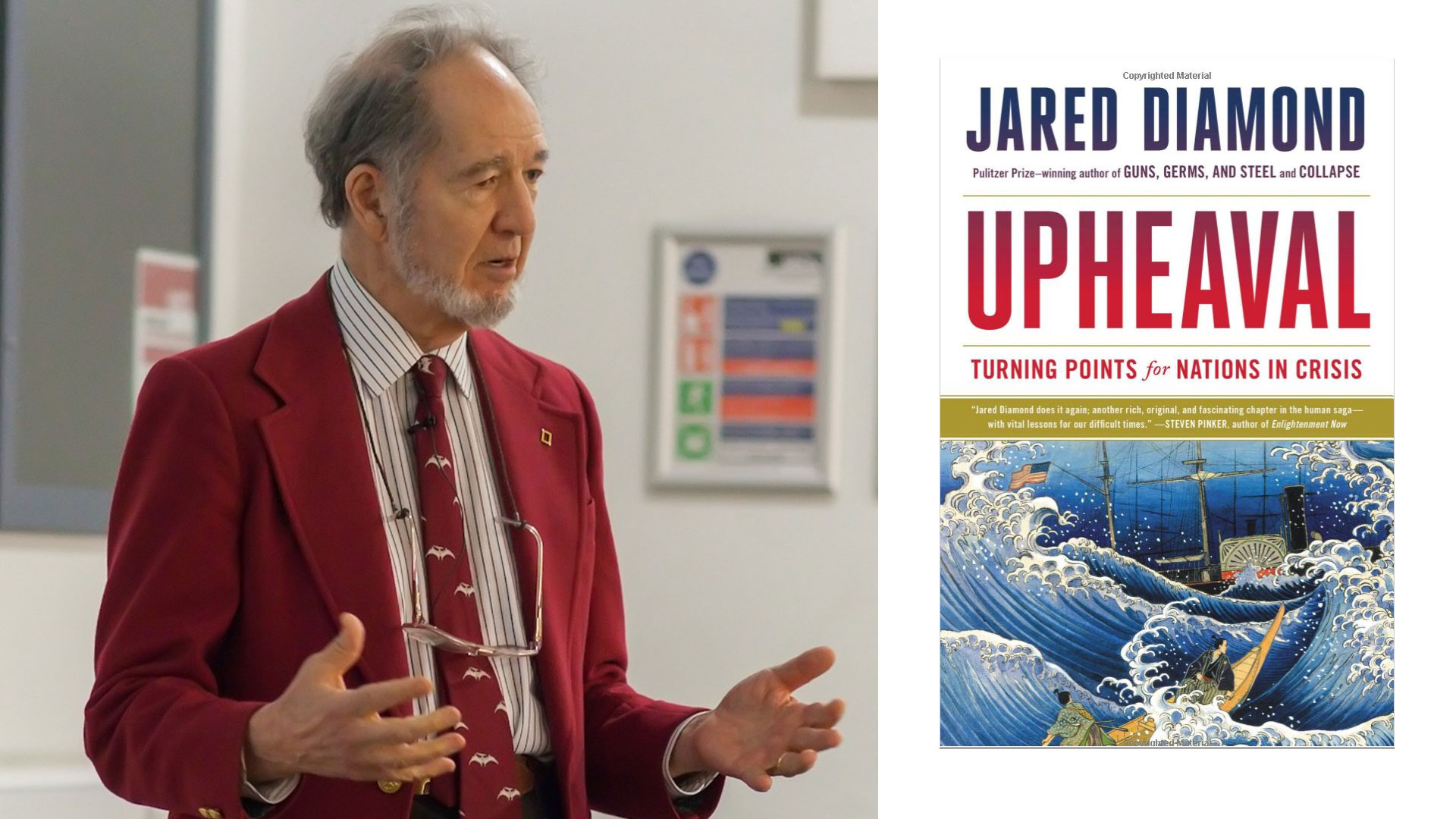 Intelligencer’s David Wallace-Wells discussed the new book Upheaval, by author Jared Diamond known for his works The Third Chimpanzee (1991); Guns, Germs, and Steel (1997, awarded a Pulitzer Prize); Collapse (2005); and The World Until Yesterday (2012).

Jared Diamond said, “Today, the risk that we’re facing is not of societies collapsing one by one, but because of globalization, the risk we are facing is of the collapse of the whole world.” Asked by Wallace-Wells about the odd’s of civilization collapse Jared responded, “I would estimate the chances are about 49 percent that the world as we know it will collapse by about 2050. At the rate we’re going now, resources that are essential for complex societies are being managed unsustainably.”

Diamond cites acknowledging the crisis as the first step to solving the problem, secondly not blaming others. Diamond, “As for what we can do about it [climate change], whether to deal with it by individual action, or at a middle scale by corporate action, or at a top scale by government action — all three of those. Individually we can do things. We can buy different sorts of cars. We can do less driving. We can vote for public transport. That’s one thing. [..] Government has a role. In short, climate change can be addressed at all these levels. Individual, corporation, and the national level. ”

As far as the world is concerned, solving national crises, the checklist that I came up with in my book is a checklist of a dozen factors. [..] So, one thing that we can learn is to look at other countries as models and disabuse ourselves of the idea that the United States is exceptional and so there’s nothing we can learn from any other country.

Speaking of nuclear holocaust, as a reminder for radioactive impacts, HBO is currently airing the television mini-series show Chernobyl, with 9.6 IMDB rating, 95% rating at Rotten Tomatoes. The site’s critical consensus reads, “Chernobyl rivets with a creeping dread that never dissipates, dramatizing a national tragedy with sterling craft and an intelligent dissection of institutional rot.”

Chernobyl is one of these stark reminders what went very wrong and came with great costs. With today’s mounting problems, not addressing them or not urgently enough, could well bring disaster of epic proportions.

If you found this post interesting, consider to support Climate State coverage, make a donation, or become a Patreon. Thanks.