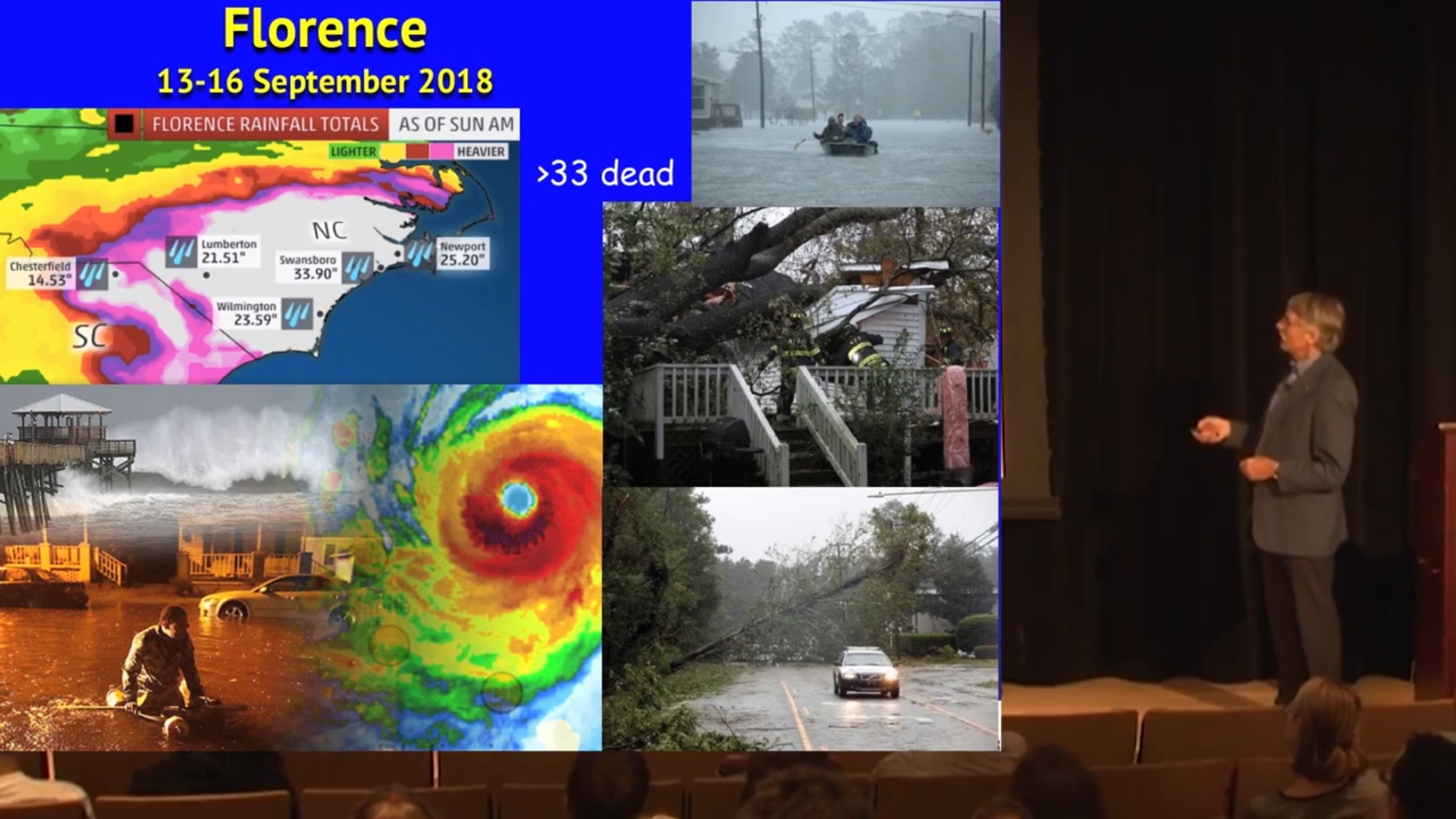 This year’s Bownocker Medal will be awarded to Dr. Kevin Trenberth of the National Center for Atmospheric Research in Boulder, Colorado. Trenberth is an expert in global warming and its influence on precipitation, drought, sea level rise and hurricanes. He is also interested in El Niño/La Niña and other patterns related to weather and climate variability. He has been involved for many years in the Intergovernmental Panel on Climate Change, serving as a convening lead author and lead author for the IPCC reports and sharing in the 2007 Nobel Peace Prize. His many honors include the 2017 Roger Revelle Medal from the American Geophysical Union, the Climate Communication Prize from the American Geophysical Union in 2013, and the Prince Sultan Bin Abdulaziz International Prize for Water (PSIPW) in 2012. https://artsandsciences.osu.edu/news-events/events/dr-kevin-trenberth-changes-extremes-climate-change

Original release via The Byrd Polar and Climate Research Center https://www.youtube.com/watch?v=gQnqfaVWPNM This release was edited to improve the recording audio quality.