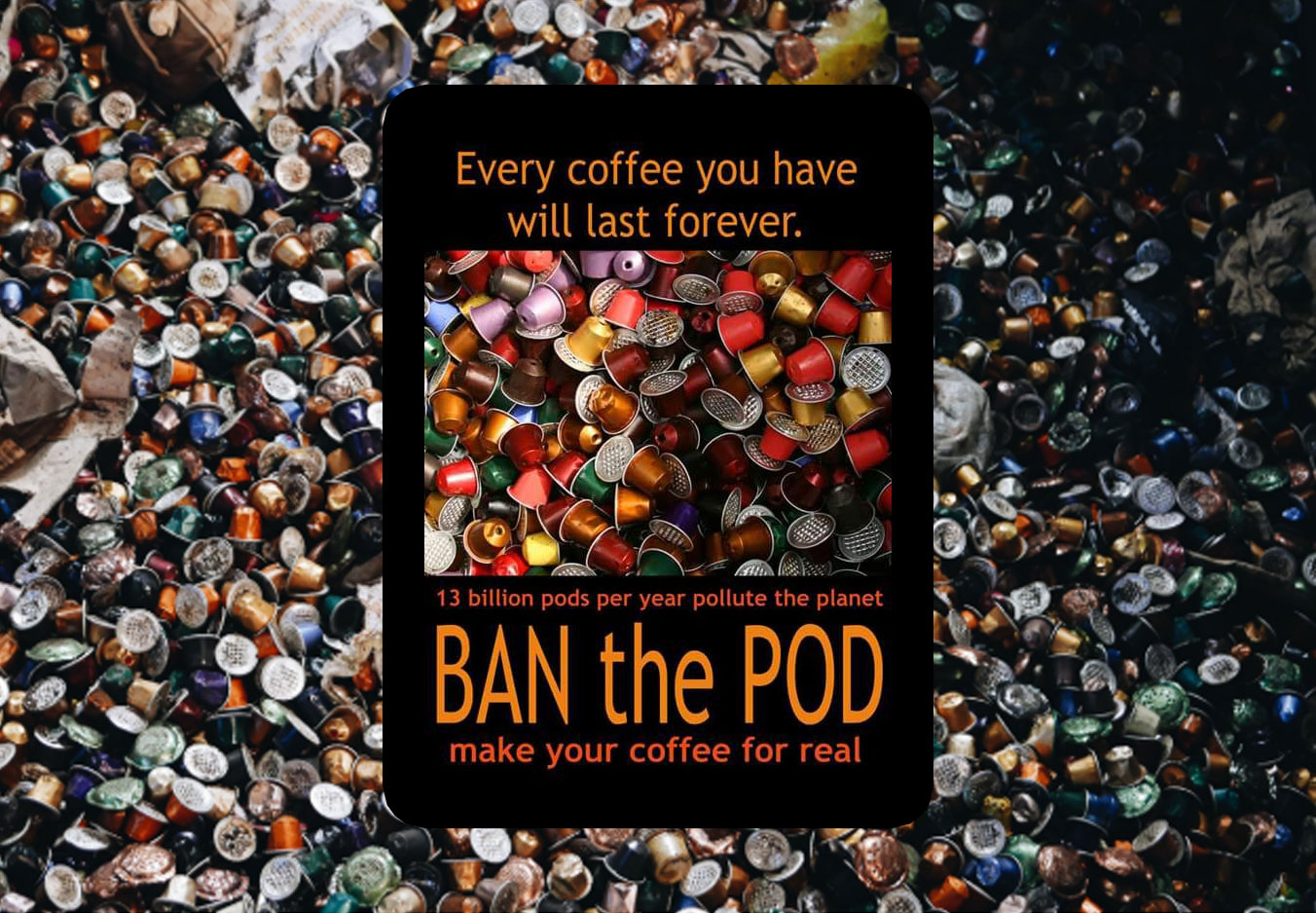 Let's chat about the elephant in the room.

Nespresso themselves have said "The uptake of our recycling initiatives has been limited to date due to a lack of accessibility at national level to recycling collection points." This shows that recycling coffee pods takes effort a… pic.twitter.com/Ei5eX8qg4o

eBay Germany is currently promoting Nespresso, “Every coffee you have will last forever”.

When there are options out there that don't require the energy intensive process of recycling at all, we should always choose those first. Recycling should always be seen as the last resort, just before landfill. https://t.co/Woiu0mJFVL

The Guardian:Coffee pods have seen colossal growth and remain the major growth driver in the US coffee market, according to a February 2015 report from Euromonitor. The mixed-plastic pods from Nespresso’s biggest rival, Keurig, are just about impossible to recycle, though Keurig says it will come up with a recyclable pod of its own by 2020. A small rival called Rogers Family Coffee sells biodegradable pods.

MacLeans: A Keurig near-monopoly is especially problematic given that K-Cups, unlike some coffee capsules, cannot be recycled, and the new machines won’t accept recyclable pods. “The organic matter inside the pods is highly compostable,” explains Nicole Stefenelli, CEO of Urban Impact, a commercial recycling facility in Vancouver. Packaging is usually plastic or aluminum, both of which could be recyclable, but aren’t. Unsurprisingly, most customers wanting the speed and ease of single-serve coffee would also be unwilling to go through the cumbersome task of separating hot and wet organic waste from recycling.

Robert Costanza: Wellbeing Economy needs to be Primary Goal
January 7, 2019
Subscribe
0 Comments
Inline Feedbacks
View all comments
Go to Top
wpDiscuz
0
0
Would love your thoughts, please comment.x
()
x
| Reply
Cookie Consent
To provide the best experiences, we use technologies like cookies to store and/or access device information. Consenting to these technologies will allow us to process data such as browsing behavior or unique IDs on this site. Not consenting or withdrawing consent, may adversely affect certain features and functions. Learn more about the data usage on this website.
Manage options Manage services Manage vendors Read more about these purposes
View preferences
{title} {title} {title}
Loading Comments...