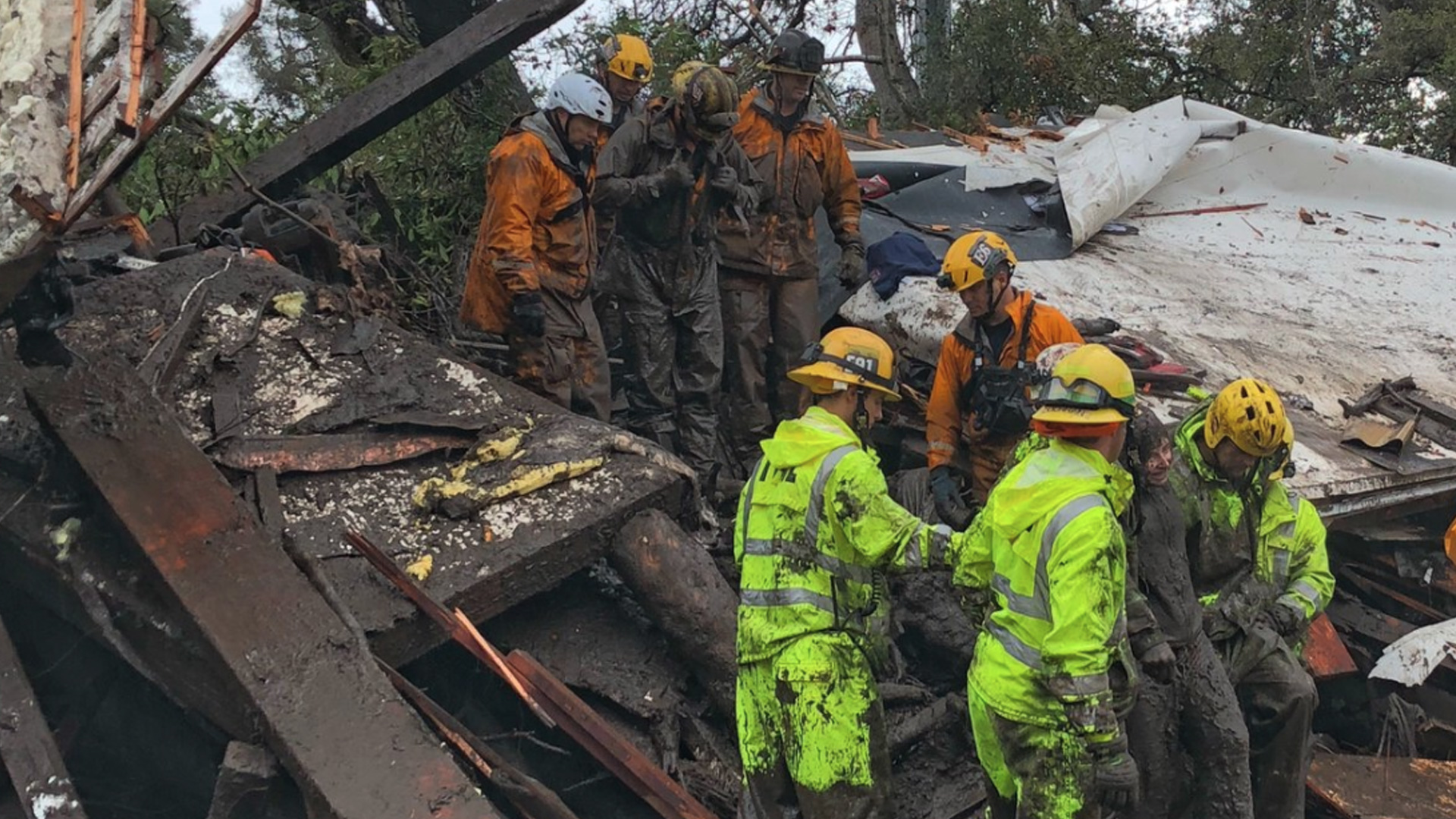 An epic rainstorm sent mud and debris coursing through Montecito neighborhoods and left rescue crews to scramble through clogged roadways and downed trees to search for victims.

The deluge that washed over Santa Barbara County early Tuesday was devastating for a community that was ravaged by the Thomas fire only a few weeks earlier. In just a matter of minutes, pounding rain overwhelmed the south-facing slopes above Montecito and flooded a creek that leads to the ocean, sending mud and massive boulders rolling into residential neighborhoods, according to Santa Barbara County Fire Department spokesman Mike Eliason. http://www.latimes.com/local/lanow/la-me-ln-rainfall-mudflow-20180109-story.html