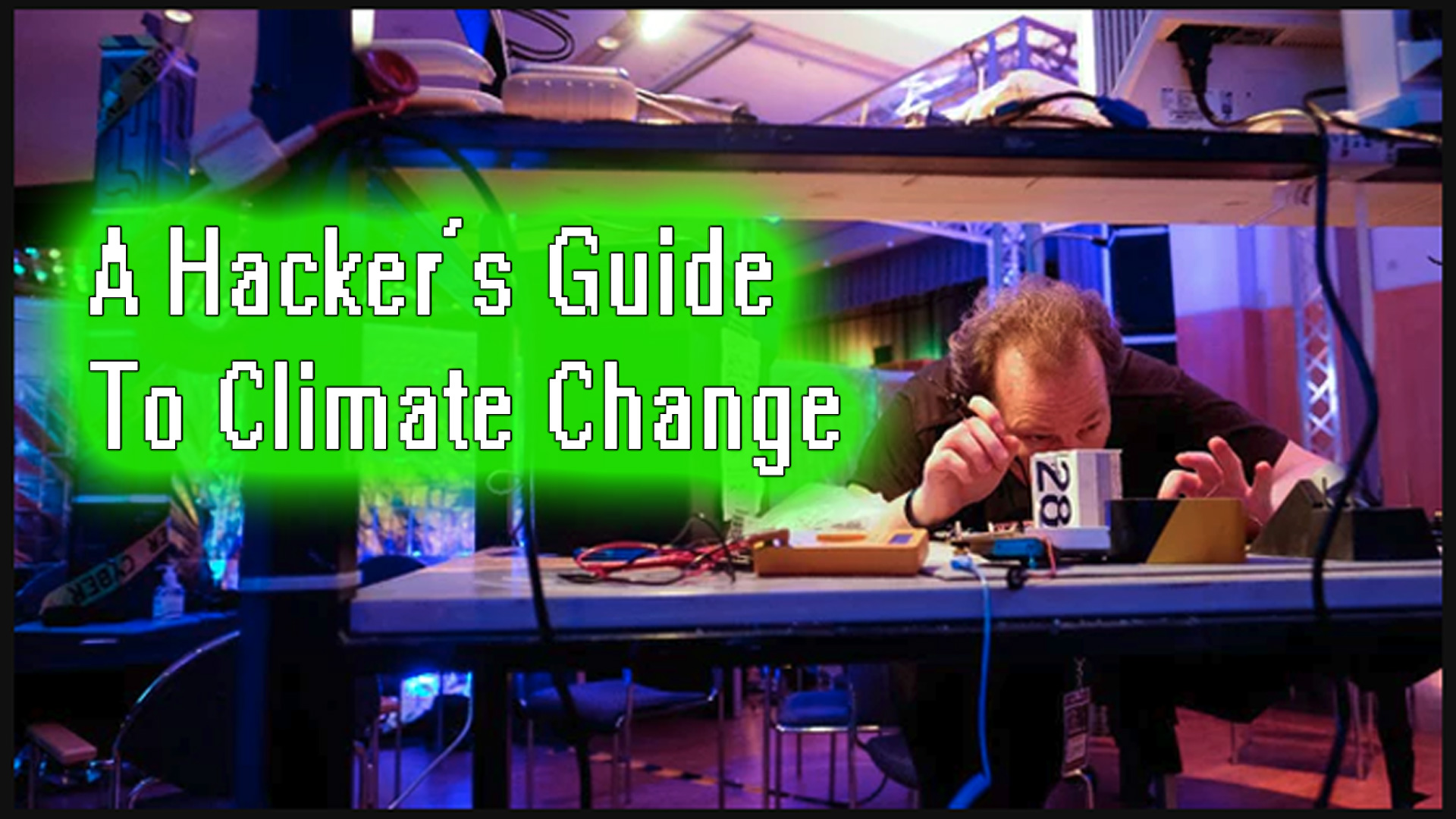 A hacker’s guide to Climate Change – What do we know and how do we know it is a talk held at the 34C3 Chaos Communication Congress 2017, in Leipzig. Climate change has long ceased to be news to many people, but it is increasingly shaping humanity’s reality. This talk sheds light on the changes in the climate system and their consequences.

We introduce the basics and discuss possible actions in response.

I. Understanding the Climate System

We begin with the physical basics, guided by visualizations rather than focussing on the math.

What do we know about the workings of climate? How do we know?
We also consider the reliability of our knowledge in detail, as well as open questions yet to answer.

Next, we discuss leverage points to hack the climate system itself – climate engineering.

Many ideas have been proposed, such as removing greenhouse gases or changing the radiative budget with other means.
Most of these attempts are not more than a workaround.

Nevertheless, some of these are discussed much more seriously among climate scientist than the public realizes.

We conclude with examples of what could be effective solutions to the climate problem and what we can do – hacking our political and economic system rather than the earth system. How can individuals contribute? What societal changes do we need?

Overview of all congress talks https://media.ccc.de/c/34c3