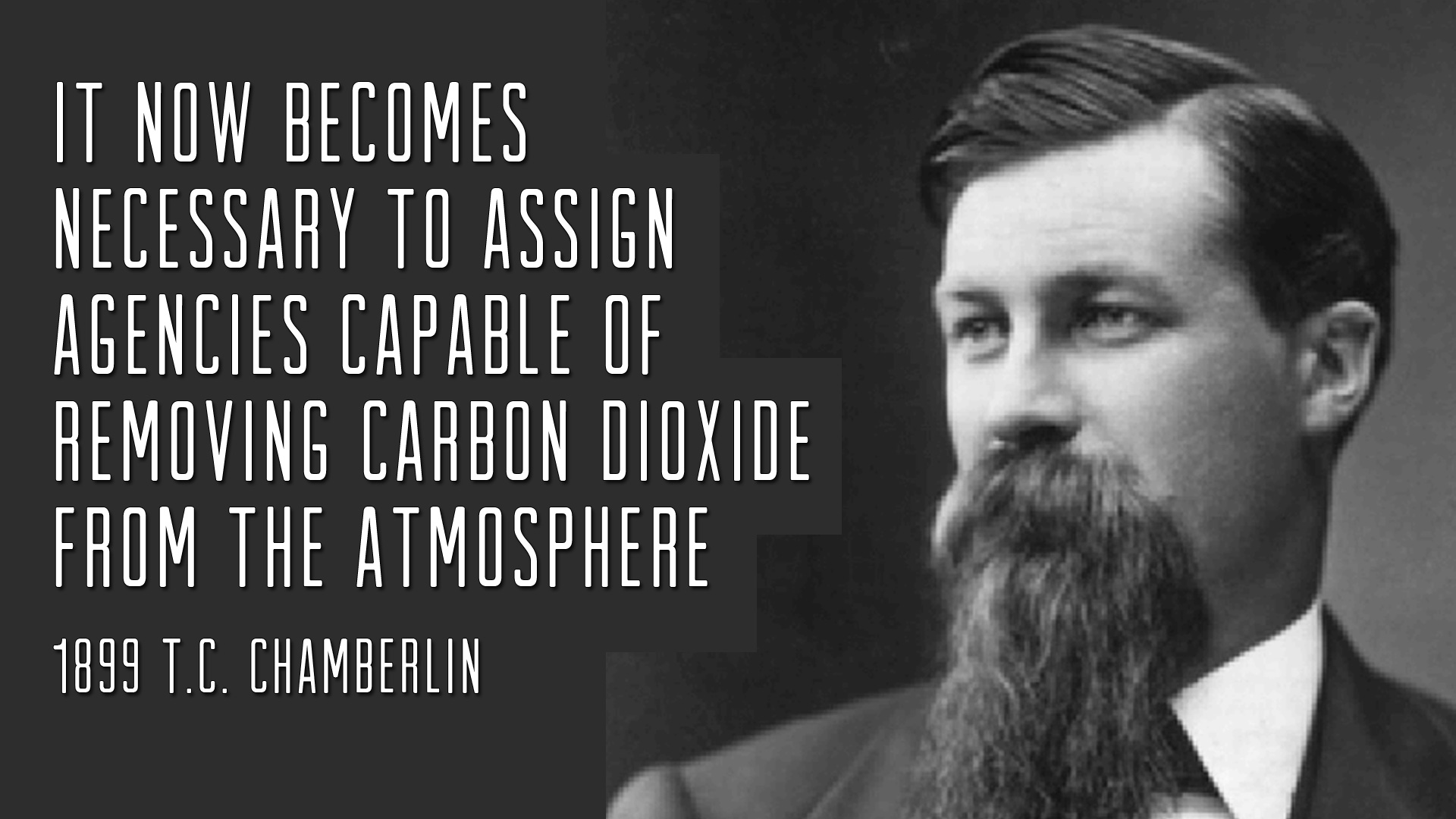 “A study of the life of the geological periods seems to indicate that there were very notable fluctuations in the total mass of living matter. To be sure there was a reciprocal relation between the life of the land and that of the sea, so that when the latter was extended upon the continental platforms and greatly augmented, the former was contracted, but notwithstanding this it seems clear that the sum of life activity fluctuated notably during the ages. It is believed that on the whole it was greatest at the periods of sea extension and mild climates, and least at the times of disruption and climatic intensification. This factor then acted antithetically to the carbonic acid freeing previously noted, and, so far as it went, tended to offset its effects.”

“When the temperature is rising after a glacial episode, dissociation is promoted, and the ocean gives forth its carbon dioxide at an increased rate, and thereby assists in accelerating the amelioration of climate.”

“In periods of sea extension and of land reduction (base-level periods in particular), the habitat of shallow water lime-secreting life is concurrently extended, giving to the agencies that set carbon dioxide free accelerated activity, which is further aided by the consequent rising temperature which reduces the absorptive power of the ocean and increases dissociation. At the same time, the area of the land being diminished, a low consumption of carbon dioxide both in original decomposition of the silicates and in the solution of the limestones and dolomites obtains.

Thus the reciprocating agencies again conjoin, but now to increase the carbon dioxide of the air. These are the great and essential factors. They are modified by several subordinate agencies already mentioned, but the quantitative effect of these is thought to be quite insufficient to prevent very notable fluctuations in the atmospheric constitution.

As a result, it is postulated that geological history has been accentuated by an alternation of climatic episodes embracing, on the one hand, periods of mild, equable, moist climate nearly uniform for the whole globe; and on the other, periods when there were extremes of aridity and precipitation, and of heat and cold ; these last denoted by deposits of salt and gypsum, of subaerial conglomerates, of red sandstones and shales, of arkose deposits, and occasionally by glaciation in low latitudes. – Thomas Chrowder Chamberlin, 1899