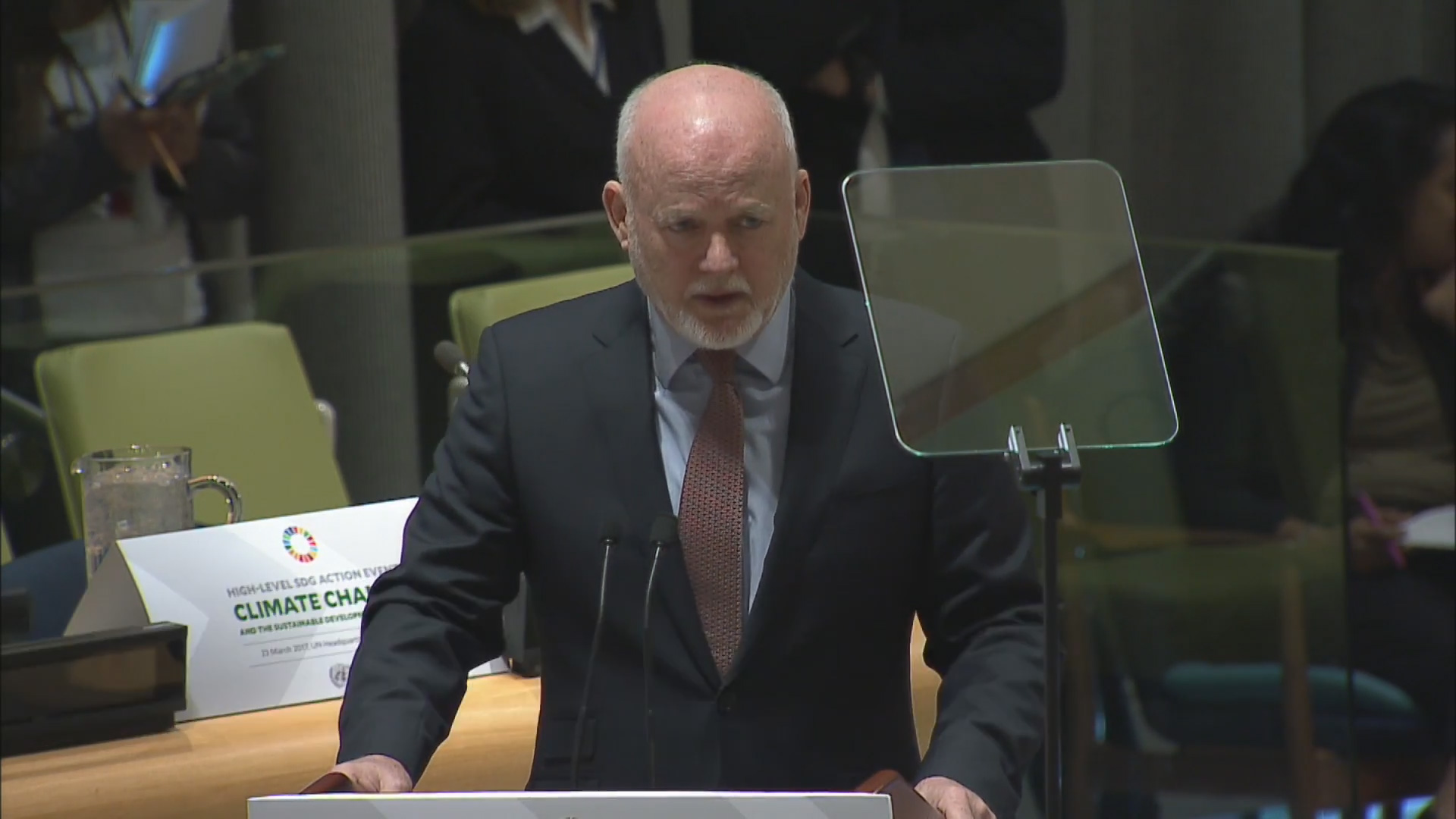 23 March 2017 – Climate change is an unprecedented and growing threat to peace, prosperity and development and addressing it presents an economic opportunity for Governments and business, senior United Nations officials said today.

“We are dealing with scientific facts, not politics. And the facts are clear. Climate change is a direct threat in itself, and a multiplier of many other threats,” UN Secretary-General António Guterres told a General Assembly High-Level action event aimed at invigorating political momentum on climate change, highlighting its deep links to the UN 2030 Agenda on Sustainable Development.

Mr. Guterres said his messages to the meeting are simple.

“First, climate change is an unprecedented and growing threat – to peace and prosperity and the same in relation to the Sustainable Development Goals (SDGs). Second, addressing climate change is a massive opportunity that we cannot afford to miss,” he said.

The Paris Agreement on climate change adopted in December 2015 is unique in its universality, with every single government having signed it. The pact entered force in less than a year. To date more than 130 Parties have ratified it, and the numbers are growing monthly.

The countries that supported the Paris Agreement are the same that adopted the 2030 Agenda – they comprise all UN Member States.

The reason for this consensus is clear: all nations recognize that implementing the 2030 Agenda goes hand-in-glove with limiting global temperature rise and increasing climate resilience. http://www.un.org/apps/news/story.asp?NewsID=56405