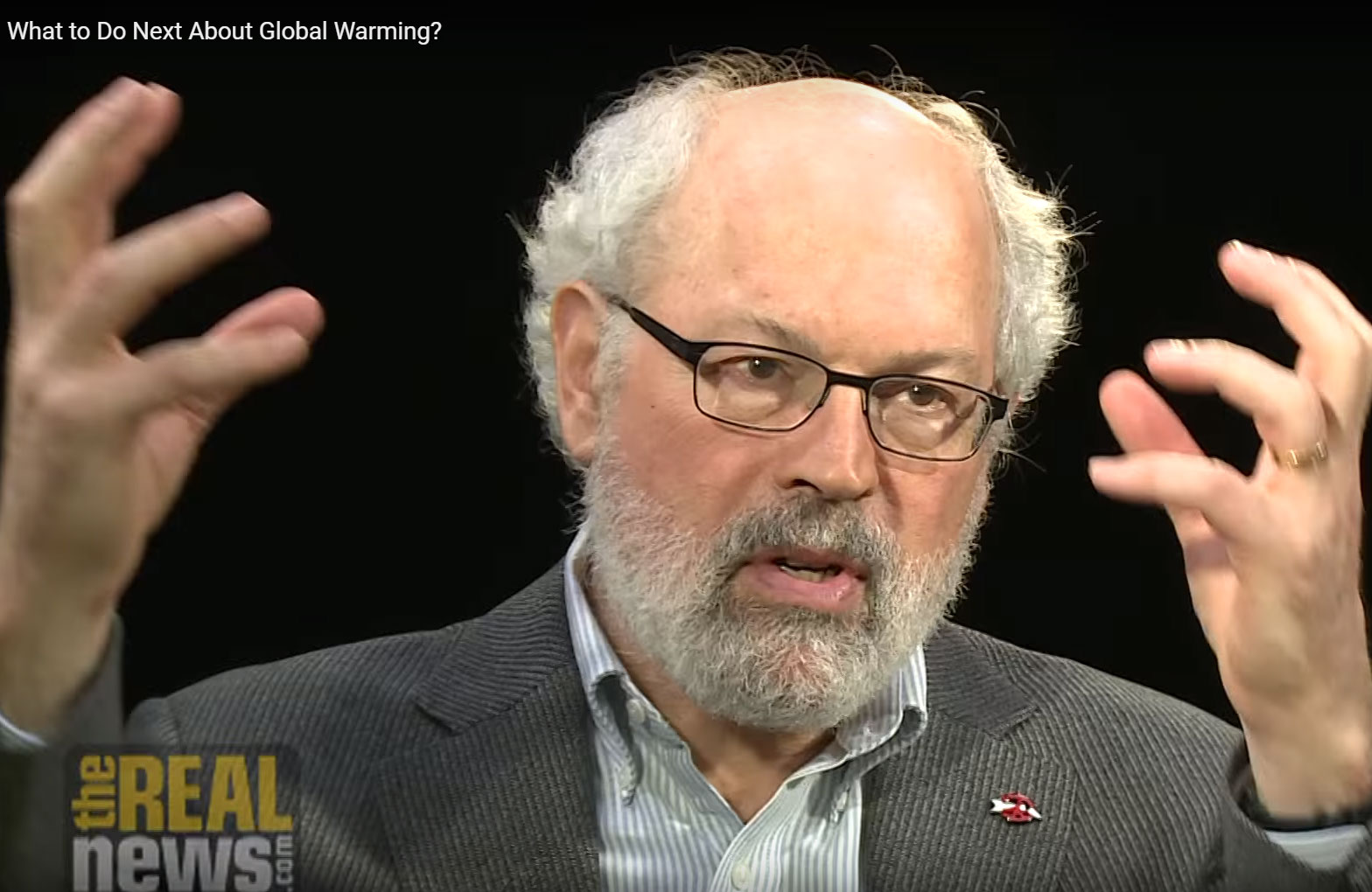 Climate scientist Alan Robock, studies nuclear winter, volcanic eruptions and climate, geoengineering, and global warming.http://envsci.rutgers.edu/~robock ClimateState staff interviewed Alan to give us a snapshot of the current state on these topics.

There is enough Sun and wind to power the planet

Robert Bristow: Do you agree that increased nuclear power generating facilities are required, and should be urgently expedited to eliminate fossil fuel generated power? (Related video from 2014)

Alan Robock: Absolutely not. Current nuclear power technology is too dangerous and too expensive. It creates radioactive waste for which we have no storage options and which can be a terrorist target or released by accident. Both the fuel for reactors and the spent fuel can be used to make nuclear weapons, and has already been used to spread nuclear weapons to Israel, India, Pakistan, and North Korea. Without massive government subsidies, mainly for insurance, such technology could not exist. And of course, they have catastrophic accidents. I support research into next generation, safer nuclear technology, but the current technology should not be spread. There is enough Sun and wind to power the planet. We need to move ahead aggressively with the grid and battery technology that will support these sources as the main ones, while research into nuclear fusion, next-generation nuclear fission, and other technologies proceeds.

A carbon tax, a rising fee for polluting our atmosphere

Dust in the Wind Could Speed Greenland’s Ice Melt

New research published Sunday in the journal Nature Geoscience indicates that the glow might be fading, particularly in the springtime since 2009 compared to the 2003-2008 average brightness. A combination of soot, dust and microbes are darkening snow and increasing the odds of more widespread melt. Soot and dust are called out in particular in the study.

Of the two, soot absorbs light and heats up snow much more effectively than dust. Summer forest fires in North America and Russia are the primary sources of soot on Greenland’s ice sheet. Soot from fires in Siberia was one of the main drivers behind a nearly unprecedented melt event in July 2012, when 95 percent of the ice sheet’s surface underwent melting for a week.

Alan Robock: Yes, Greenland melting is one important concern in response to human emissions of both gases and particles. Both CO2 and other greenhouse gases as well as soot (black carbon) are melting Greenland, and we need to stop emitting all of these. A carbon tax, a rising fee for polluting our atmosphere, will help this happen faster.

Chris Machens: You brought a lot of attention to the repercussions of nuclear confrontation, which could result in years of nuclear winter, with dropping temperatures when sunlight is blocked out by soot particles in the stratosphere, and threatening starvation due to crop failure. However, in such an aftermath, isn’t it also likely that we enter a nuclear summer, when the dust settles, through the creation of layers with dark soot on ice caps? Thus, after an initial cold period (as we have witnessed with the Mt Pinatubo eruption 1991), the climate goes back to the current forcing, and melting may eventually commence faster because of darkened surface layers at the poles. While nuclear winter certainly is a worry, let alone radioactive contamination on a global scale, the results from soot layers for ice melt acceleration are only rarely discussed in the context of what comes after the nuclear winter, why?

Alan Robock: No. We wrote a paper on this in 1988. While some soot would darken the snow, it would be rapidly covered by cleaner snow and the impacts would be minor and short-lived.

“Strong mitigation, combined with global-scale air capture and storage, afforestation, and biochar production, i.e. enhanced CO2 sinks, might be able to bring CO2 back to its pre-industrial level by 2100, thus removing the need for other geoengineering.”

“We find that even when applied continuously at scales as large as currently deemed possible, all methods are, individually, either relatively ineffective with limited warming reductions, or they have potentially severe side effects and cannot be stopped without causing rapid climate change,” the authors write. “Our simulations suggest that the potential for these types of climate engineering to make up for failed mitigation may be very limited.”

Their message is, the most effective way to prevent further climate change is to limit carbon dioxide emissions.

What is your advise in regards to our climate engineering options?

Thank you for the interview.

Teaser image via TheRealNews.com What to Do Next About Global Warming? – Alan Robock on Reality Asserts Itself https://www.youtube.com/watch?v=wlsubQ0-8IE