Dr. Michael Mann – Are We In Runaway Climate Change? 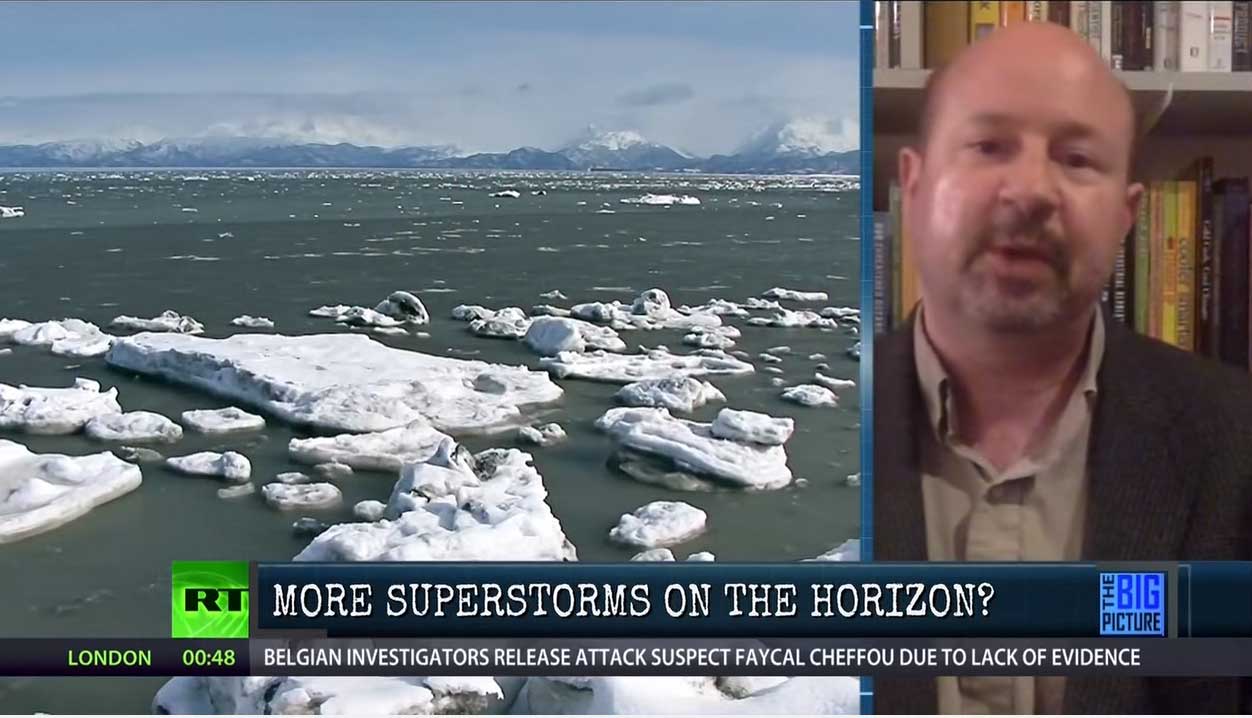 Dr. Michael Mann, Earth System Science Center-Penn State University/Dire Predictions: Understanding Climate Change (2nd edition) joins Thom. We had all better hope these scientists are wrong about the planet’s future. Scientists now say that ice melt in Greenland and Antarctica could speed up faster than we previously thought. But that’s not just going to raise sea levels – it could drive storms stronger than anything humans have ever seen.

The acceleration of history by science is one thing , semantic aggression is quite another.

I think applying the word ‘runaway’ to a rate of anthropogenic climate change of one microdegree an hour is absurd as warning of a snail stampede.

Climate is being forced by many human factors, but science framing and focus groups are not among them- at all times and in all polities, science polticized is science betrayed.

Are you trying to imply that a THC shutdown is “slow” somehow?

Btw you doesn’t seem to be aware (did you watched the video even), the headline was created by RT. And why is the headline so important to you, when presented (requires watching the video) with very unsettling possibilities? Such arguments are generally known as straw man arguing. But maybe i am missing your point.