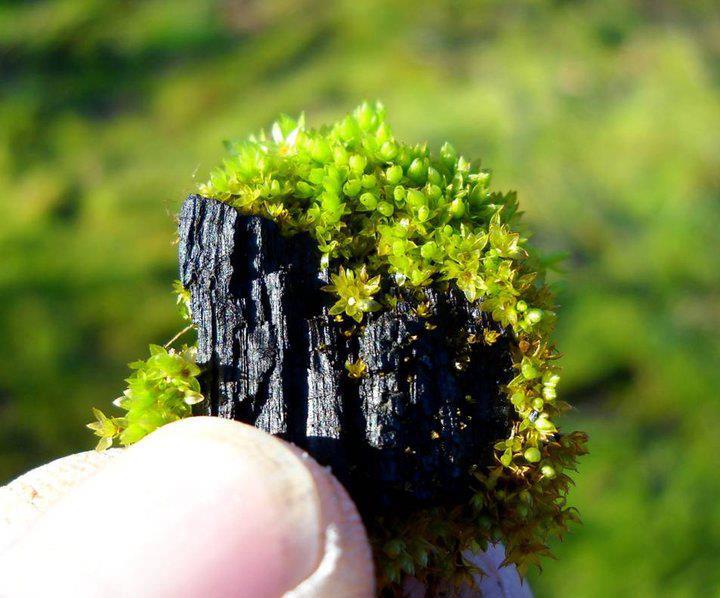 According to the EPA, agricultural soil management practices can lead to production and emission of nitrous oxide (N2O), a major greenhouse gas and air pollutant. Activities that can contribute to N2O emissions include fertilizer usage, irrigation and tillage. The management of soils accounts for over half of the emissions from the Agriculture sector. Cattle livestocks account for one third of emissions, through methane emissions. Manure management and rice cultivation also emit emissions.[1]

A 2015 study found that farming can deplete soil carbon and render soil incapable of supporting life. Instead the study showed that conservation farming can protect carbon in soils, and repair damage over time.[5]

The farming practise of cover crops has been recognized as climate-smart agriculture by the White House.[6]

Carbon sinks can sequester carbon naturally or artificially. Reducing emissions from deforestation and forest degradation has the objective of mitigating climate change through reducing net emissions of greenhouse gases through enhanced forest management in developing countries.

Financial experts, such as the Bank of England or Goldman Sachs, project that expensive fossil fuel projects will become worthless due to future climate actions.[8] According to research, to limit the climate change to a 2°C target many fossil fuels have to be left in the ground.[9]

A Climate Action Plan (CAP) is a set of strategies or a framework intended to guide efforts for reducing greenhouse gas emissions.[15]

Climate actions can include the adoption of a carbon tax, as an incentive to reduce carbon emissions, and to adopt alternatives.[16]

The carbon footprint and other emissions of electric vehicles varies depending on the fuel and technology used for electricity generation.

Many fossil fuel driven vehicles can be converted to use electricity, the U.S. has a estimated capacity of supporting 73% light duty vehicles (LDV). In terms of transportation, the net result would be a 27% total reduction in emissions of the greenhouse gases carbon dioxide, methane, and nitrous oxide, a 31% total reduction in nitrogen oxides, a slight reduction in nitrous oxide emissions, an increase in particulate matteremissions, the same sulfur dioxide emissions, and the near elimination of carbon monoxide and volatile organic compound emissions (a 98% decrease in carbon monoxide and a 93% decrease in volatile organic compounds). The emissions would be displaced away from street level, where they have “high human-health implications.”[17]