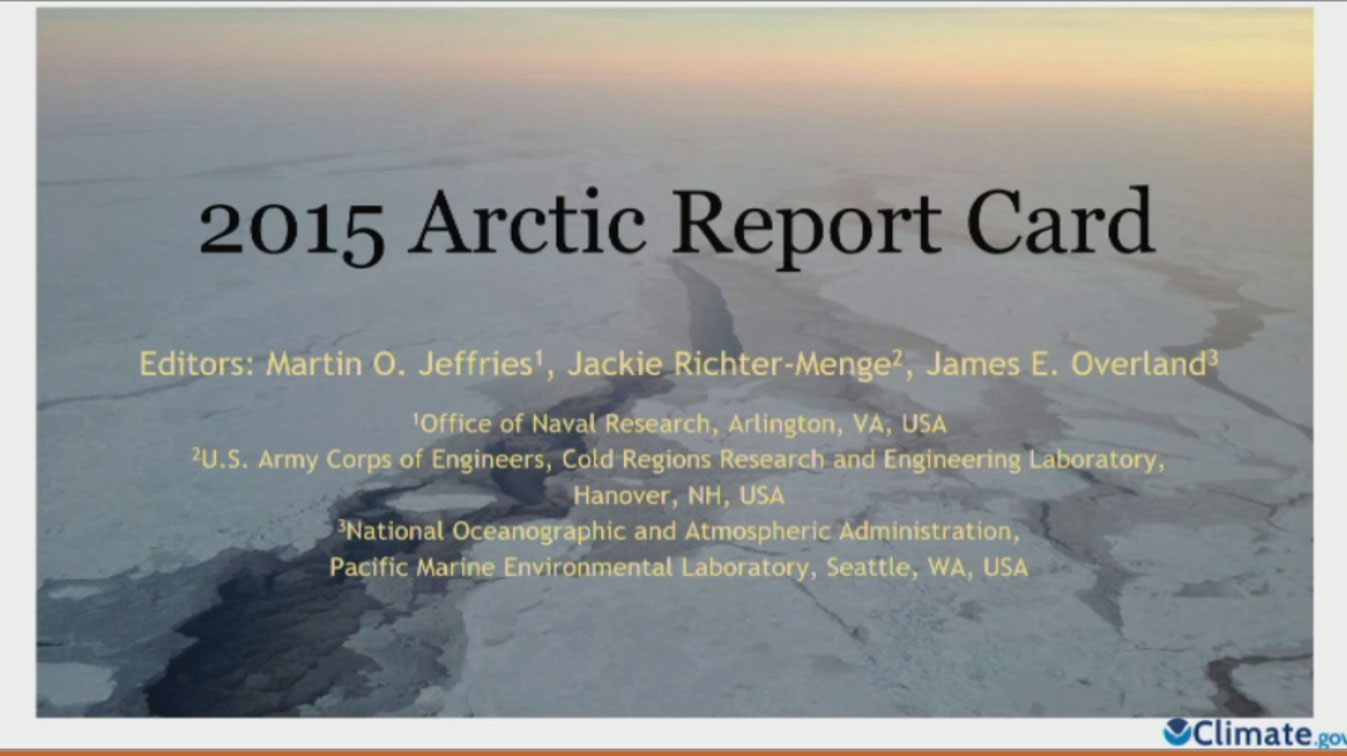 The Arctic is on the front lines of global climate change, warming more than twice as fast as lower latitudes. Now in its 10th year, the Arctic Report Card provides the latest Arctic observations from an international team of more than 70 scientists in 10 countries about changes in Arctic air and sea temperatures, snow, sea ice, vegetation, and the Greenland ice sheet. This year’s report will also include updates on fish and walrus populations, Arctic river discharge and community-based monitoring.