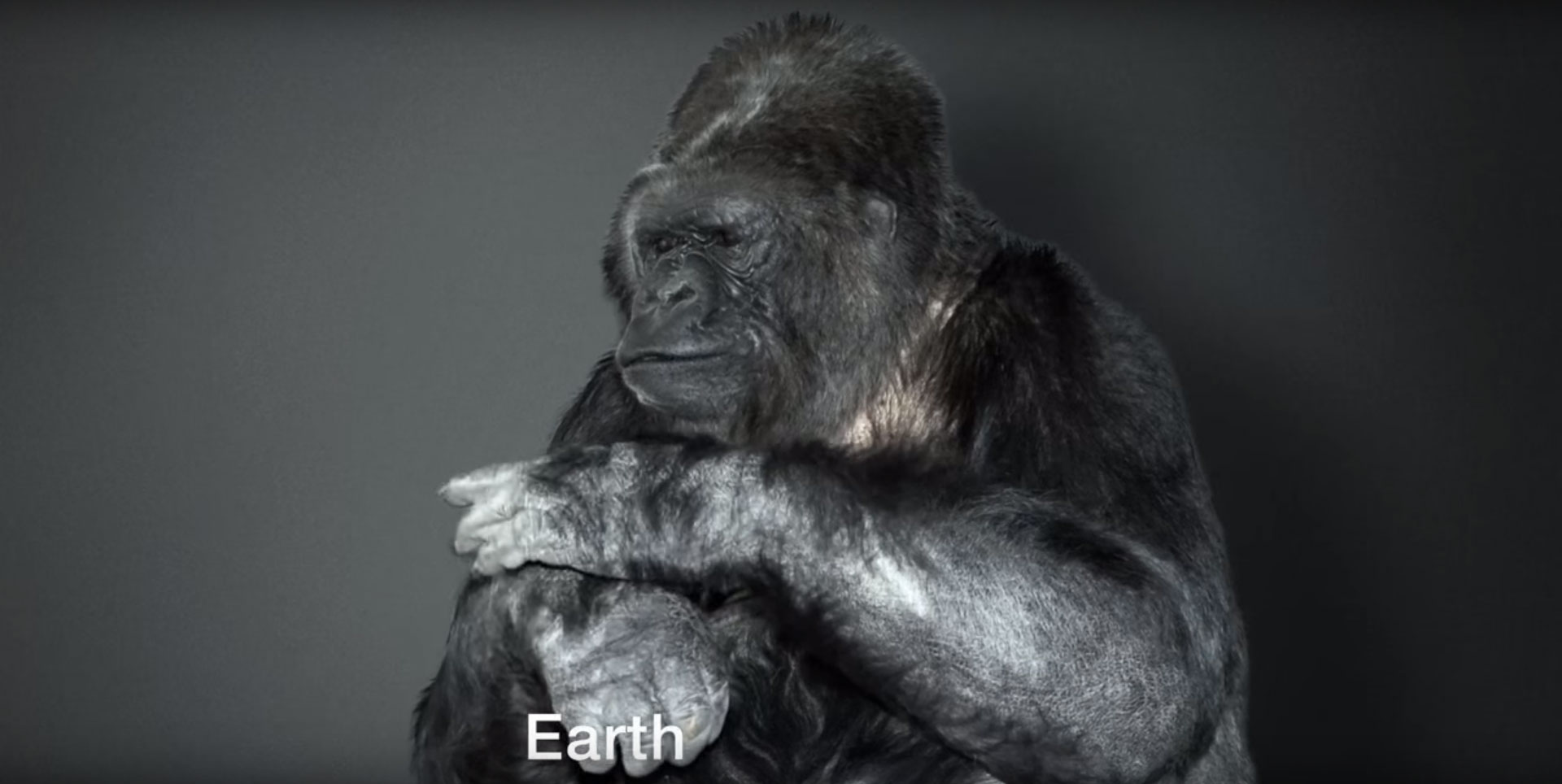 Wikipedia: Hanabiko “Koko” (born July 4, 1971) is a female western lowland gorilla who is known for having learned a large number of hand signs from a modified version of American Sign Language (ASL).

Her trainer, Francine “Penny” Patterson, reports that Koko is able to understand more than 1,000 signs of what Patterson calls “Gorilla Sign Language” (GSL).[2] In contrast to other experiments attempting to teach sign language to non-human primates, Patterson simultaneously exposed Koko to spoken English from an early age. Reports state that Koko understands approximately 2,000 words of spoken English, in addition to the signs.[3] Koko’s life and learning process has been described by her trainer Patterson and some of her collaborators in a number of books, peer reviewed articles, and on the website http://natureseeyou.com