Obama: A united effort with a common purpose, should guide a united world #COP21 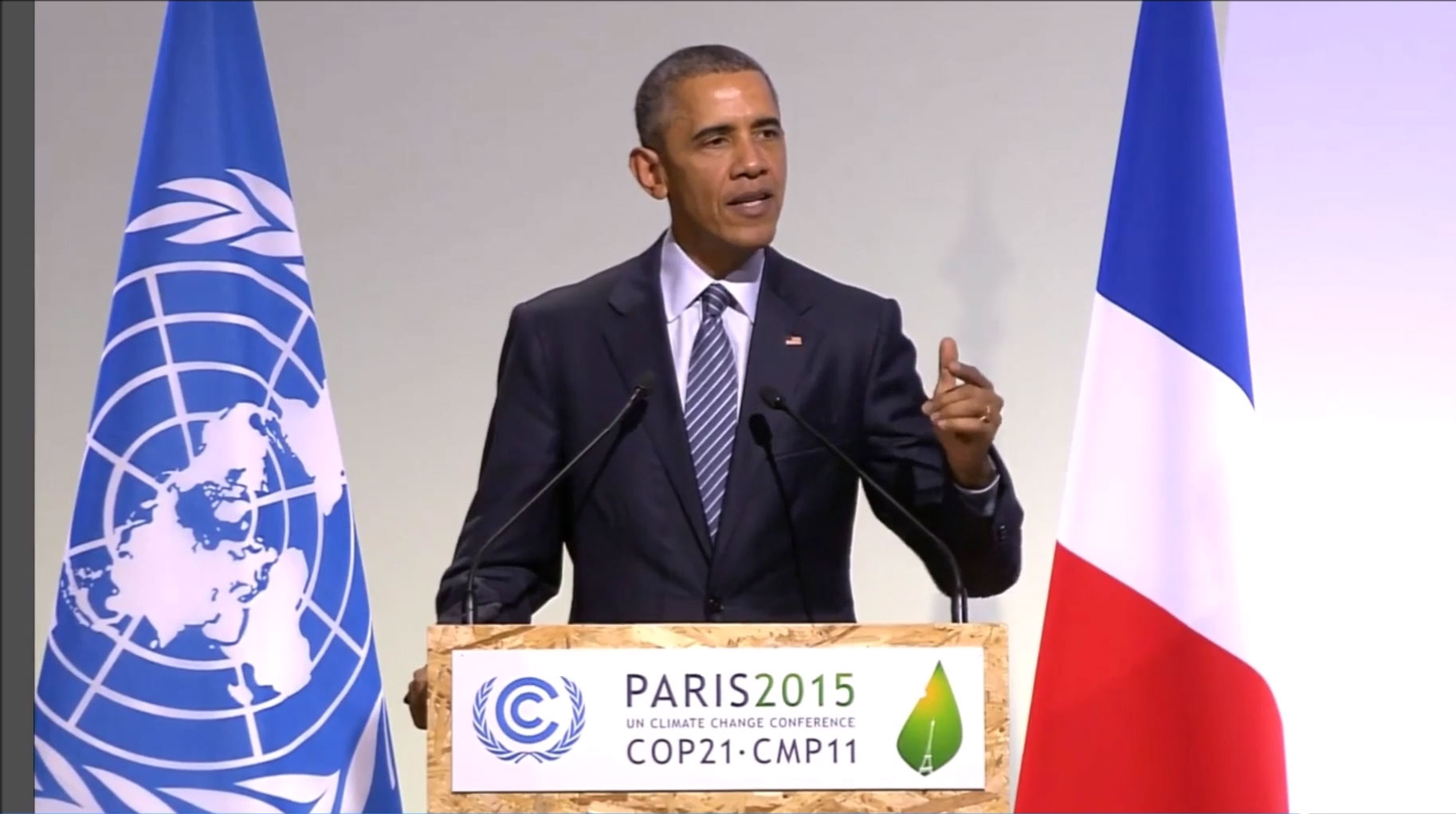 In light of the 14 warmest years on record since 2000, Obama urges bold actions. Highlighting coastal erosion, lose of farm land, flooding, or ice lose he points out that we are the first generation which feels the impacts of climate change and the last which can do something about it.

Actions by the USA, pushed the U.S. economy to all time highs, while carbon emissions dropped to the lowest amounts in nearly two decades. Additional, first ever national standards to limit the emissions from power plants. While global economy grew, emissions remained flat last year. Thus, Obama points out that growth is possible while protecting the climate.

Obama also points to new agreements made earlier this month in Dubai, when countries agreed to limit the amount of HFC (https://en.wikipedia.org/wiki/Organofluorine_chemistry#Hydrofluorocarbons), and the progress by 180 countries to announce their climate targets in the runnup to the Paris talks.

Promises made by the Obama administration in 2009, during the Copenhagen conference, to limit emissions of the U.S. by 17% based on 2005 levels until 2020, were already accomplished, and followed by new targets of 26-28% emission reductions by 2025, last year.

Obama wants to setup a framework for climate progress, a long term strategy, which factors in regularly updated targets which are ambitious, and take into account the differences each nation faces. This system should be transparent to foster confidence among nations.

In regards to developing countries, these should skip fossil energies, with the support in form of innovations and capital from the developed nations. The aim is a joint effort, to bring down the costs for clean energy technologies, for private users and companies. Additional, countries which face the impacts of climate change should get the support they need.

Another scope is the transition to a global low carbon economy, which will bring new jobs and opportunities.

An agreement would thus send a signal to start deploying billions of dollars to begin immediate actions for more clean energy and all the related work which is required.

This would also mean to lift people out of poverty, to make sure the capacities are there to reach our goals.

A united effort with a common purpose, should guide a united world. But we have to place our short term interests behind and adjust to the new situation. The outcome will determine the food the next generation can eat, the air they breath and the water they will drink. Let’s not be to late for them. Let’s accept this challenge, but the progress will be not easy and measured in what we can preserve.

Via COP21, on demand webcasts.