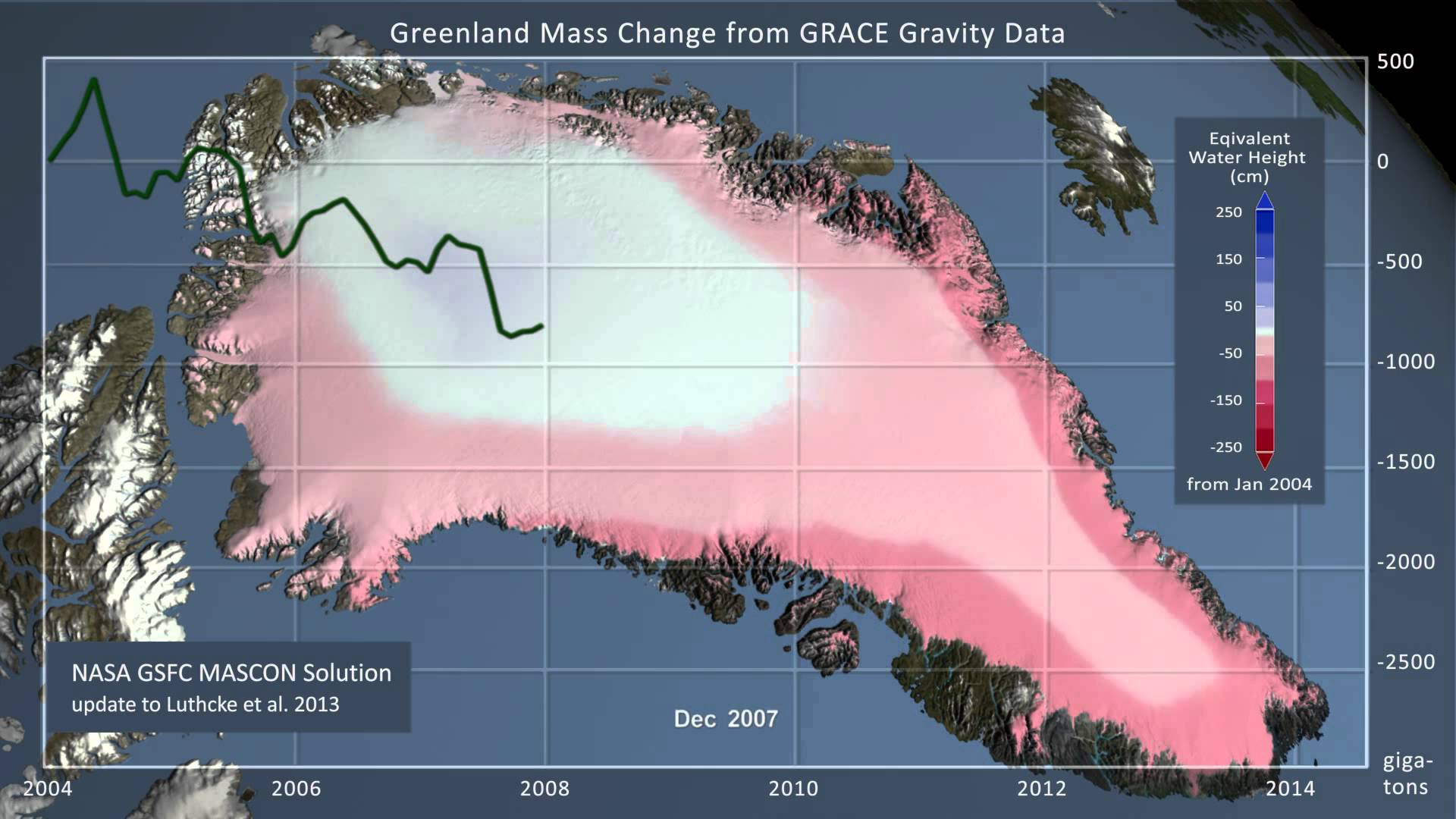 GRACE consists of twin co-orbiting satellites that fly in a near polar orbit separated by a distance of 220 km. GRACE precisely measures the distance between the two spacecraft in order to make detailed measurements of the Earth’s gravitational field. Since its launch in 2002, GRACE has provided a continuous record of changes in the mass of the Earth’s ice sheets.

This animation shows the change in the Greenland Ice Sheet between January 2004 and June 2014. The 1-arc-deg NASA GSFC mascon solution data was resampled to a 998 x 1800 data array using Kriging interpolation. A color scale was applied in the range of +250 to -250 centimeters of equivalent water height, where blue values indicate an increase in the ice sheet mass while red shades indicate a decrease. In addition, the running sum total of the accumulated mass change over the Greenland Ice Sheet is shown on a graph overlay in gigatons.

This video is public domain and can be downloaded at:
http://svs.gsfc.nasa.gov/cgi-bin/details.cgi?aid=4325