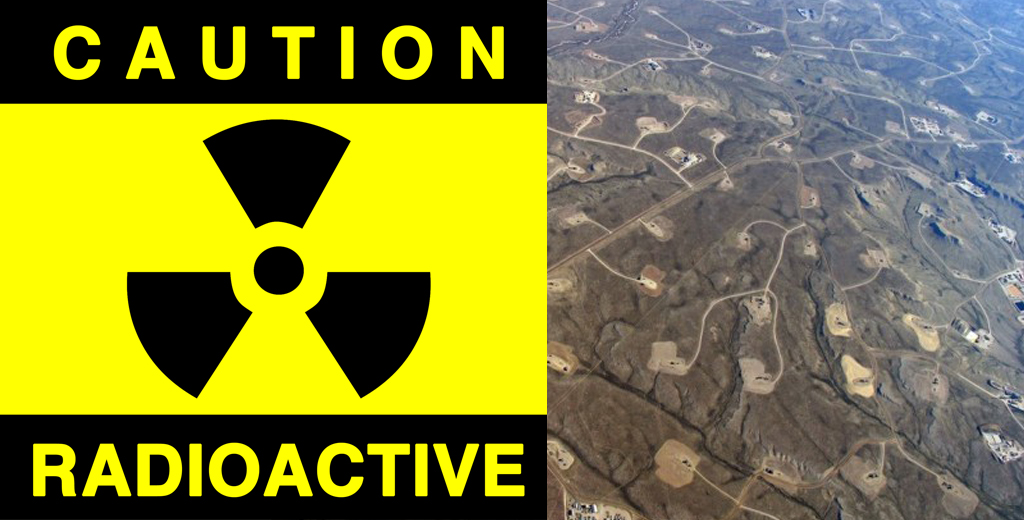 Recent studies link radioactive compounds to fracking. This was first made public back in 2010, with the conclusion ‘Fracking’ Mobilizes Uranium in Marcellus Shale. Now a new study aimed to better understand cumulative effects of natural occurrences and new anthropogenic pathways, through fracking-drilling.

Indoor radon levels in Pennsylvania have been slowly rising since 2004, around the time that unconventional natural gas development using hydraulic fracturing (“fracking”) began in the state.

Our data showed that summer radon levels on the first floor of buildings within 20 kilometers of drilled wells had higher levels the closer they were located to unconventional drilling. We also did see radon levels begin to rise statewide in 2004, near the time the fracking began, and that levels rose more quickly in counties with more drilling.

This is of particular concern in areas such as Pennsylvania, where the bedrock (Marcellus Shale) contains high levels of uranium, which is radioactive and eventually decays to radium and radon gas. The new study ((Predictors of Indoor Radon Concentrations in Pennsylvania, 1989–2013 | Abstract http://ehp.niehs.nih.gov/1409014/ | Environ Health Perspect | DOI:10.1289/ehp.1409014)) concluded:

The authors explained methods and the scope in more detail, Small increases in radon track natural gas development with fracking in Pennsylvania.

Fracking in the Marcellus has advanced so quickly that public understanding and research on its radioactive consequences have lagged behind, and there are many questions about the extent and magnitude of the risk to human health. “We are troubled by people drinking water that [could potentially have] radium-226 in it.

At the federal level, radioactive oil and gas waste is exempt from nearly all the regulatory processes the general public might expect would govern it.

The current patchy understanding of radioactive fracking waste’s fate in the environment precludes making good decisions about its management. And even if fracking the Marcellus ceased overnight, the questions and potential problems about radioactivity would linger. “Once you have a release of fracking fluid into the environment, you end up with a radioactive legacy”.

The EPA (U.S. Environmental Protection Agency), is currently in the process  to analyze the threat of fracking, and impacts to drinking water, but that study won’t be completed until 2016.((EPA study on fracking threat to water will take years | http://www.ohio.com/news/epa-study-on-fracking-threat-to-water-will-take-years-1.407046)).

A bridge to nowhere: methane emissions and the greenhouse gas footprint of natural gas

What you need to know about fracking