You are here:
2014ImpactsSea Level Rise 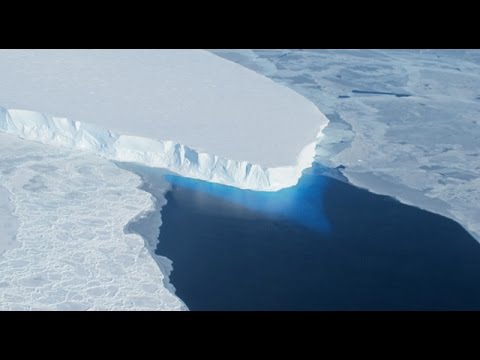 NBC: In Antarctica, glaciers are sloshing seaward at an ever faster clip, ocean waters are warming, and, perhaps counterintuitively, sea ice is expanding, according to a batch of recent studies that paint a stark picture of climate change unfolding at the far southern reaches of the globe. For people in North America, the distant events raise the specter of higher seas sooner than climate models suggest.

About that sea ice, it is indeed expanding at the same time Antarctica is losing nearly the water-weight equivalent of Mount Everest every two years. The expansion fits with the expected natural variability in a warming world, according to a study accepted for publication Dec. 5 in the journal Geophysical Research Letters. In fact, some scientists say, warming may enhance sea ice growth.

Antarctic sea ice reached its maximum extent of 7.76 million square miles on Sept. 22, another record, according to the National Snow and Ice Data Center in Boulder, Colorado. The sea ice is typically three to six feet thick and most of it melts each summer as it drifts north toward warmer waters.

While that’s a lot of ice, the continent itself holds even more — about 2,500 times more, according to theIntergovernmental Panel on Climate Change, the world’s climate science body. On average, the Antarctic icecap is 1.3 miles thick and contains a whopping 70 percent of the world’s freshwater. If it all melted, it could raise global sea levels by nearly 200 feet, scientists report.

The panel’s most recent analysis put the current high end estimate of global sea level rise at about three feet by the end of this century; though many scientists — and scientific studies — indicate the number could actually be a “bit” higher, Richard Alley, a glaciologist at Pennsylvania State University, told NBC News.