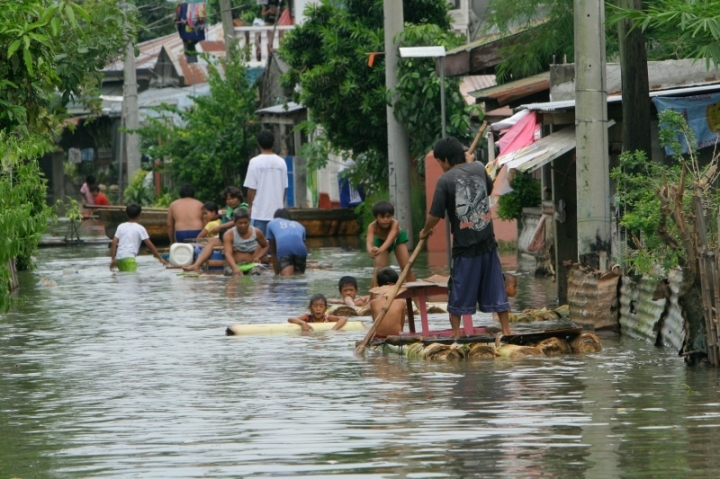 The World Meteorological Organisation published the  Atlas of mortality and  economic losses from weather,  climate and water extremes  (1970–2012) on July 11, 2014. The Atlas summarizes the global impacts of the last four decades, based on extreme events such as droughts, extreme temperatures, floods, tropical cyclones and related health epidemics, and the related economic losses.

From 1970 to 2012, 8835 disasters, 1.94 million deaths, and US$ 2.4 trillion of economic losses were reported globally. The report provides decision-makers with information for protecting life and property in the future by highlighting  measures to increase resilience.

The WMO press release stated, that the report “highlights the need for stronger efforts to report, standardize and analyze data on weather, climate, and water-related hazards to improve understanding of disasters and reinforce the platform for prevention.” In addition to global statistics and maps, details on disasters at the regional level are provided.

Hurricane Katrina in the United States of America in 2005 caused the worst economic losses, at US$ 146.89 billion, followed by Sandy in 2012 with a cost of $50 billion.

The worst ten reported disasters in terms of lives lost occurred primarily in least developed and developing countries, whereas the economic losses were mainly in more developed countries.

“Disasters caused by weather, climate, and water-related hazards are on the rise worldwide. Both industrialized and non-industrialized countries are bearing the burden of repeated floods, droughts, temperature extremes and storms,” said WMO Secretary-General Michel Jarraud.

“Improved early warning systems and disaster management are helping to prevent loss of life. But the socio-economic impact of disasters is escalating because of their increasing frequency and severity and the growing vulnerability of human societies.”