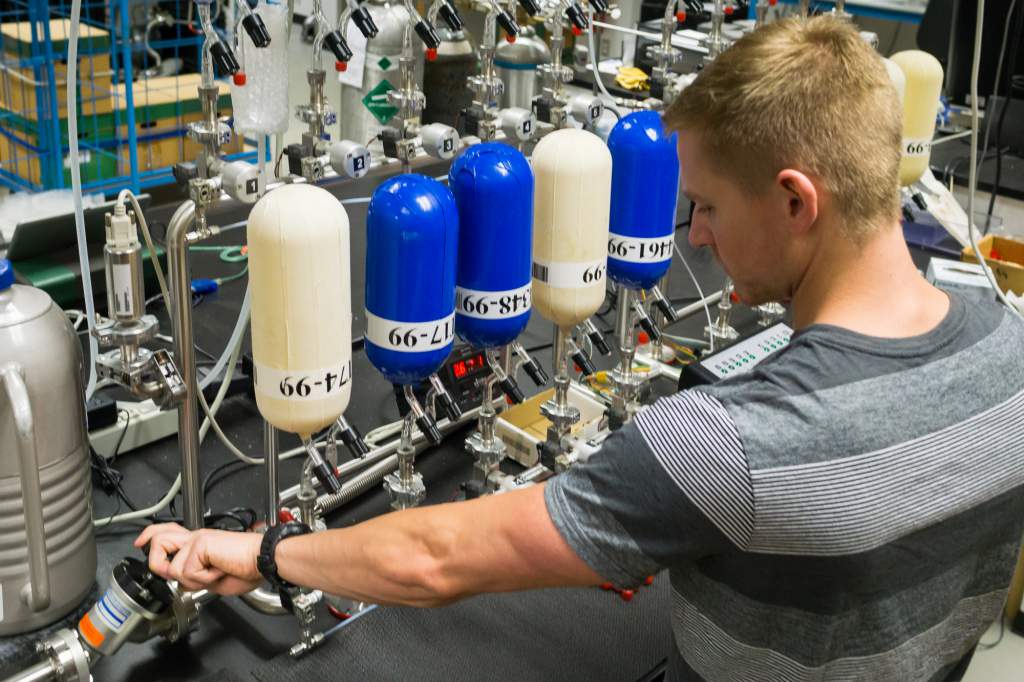 NOAA reported in May 2014, about greenhouse gas observations, based on the Annual Greenhouse Gas Index (AGGI). Findings show that greenhouse gasses keep rising, a trend observed since the Industrial Revolution (1880s) and has accelerated in recent decades.

“We continue to turn the dial up on this ‘electric blanket’ of ours without knowing what the resulting temperatures will be. We know that the world is getting warmer on average because of our continued emissions of heat-trapping gases. Turning down the dial on this heating will become increasingly more difficult as concentrations of the long-lived greenhouse gases continue to rise each year.”

NOAA scientists calculate the amount of greenhouse gases each year, from several decades of atmospheric data collected through an international cooperative air-sampling network of up to 80 sites around the world. Researchers from CIRES, work with NOAA’s scientists at many stages ‒ from shipping air sampling flasks around the world to taking air samples and data analysis.

Carbon dioxide concentrations for the first time passed the mark of 400 ppm in 2013 (ClimateState reported it here). The rise of CO2 in the atmosphere follows trends in fossil fuel emissions and carbon dioxide uptake by the ocean and land ecosystems.

Another important greenhouse gas, methane, which breaks down into CO2 in the atmosphere, has been rising since 2007. The largest sources of methane emissions are wetlands in the tropics. Human-caused methane emissions originate from the production of coal, oil and natural gas, livestock, rice agriculture and waste.

The greenhouse gas nitrous oxide continues to rise at a steady rate, increasing in recent decades because of fertilizer usage, vehicles, and industrial emissions.

Alternative chemicals, with heat-trapping properties, developed to replace ozone-depleting chlorofluorocarbons, or refrigerants, which were banned by the Montreal Protocol (1989) are making up a larger share of greenhouse gases each year.

Teaser image: Eric Moglia, of NOAA’s Cooperative Institute for Research in Environmental Sciences, pumps air from sampling flasks to test them for leaks before preparing them for shipment to some 80 sites around the world.(Von Dauster/NOAA)