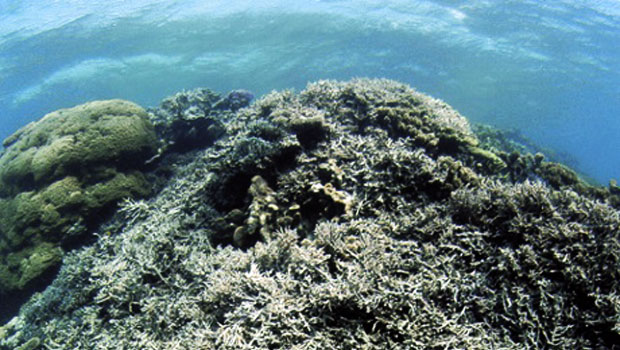 The world faces threat to food supply, conflicts over water rights and growing inequality. The only option to is cut emissions

By Suzanne Goldenberg (The Guardian):

Climate change is already taking a sizeable chunk out of global food supply and it is going to get worse. Increases in crop yields – which are needed to sustain a growing population – have slowed over the last 40 years. Some studies now point to dramatic declines in some crops over the next 50 years – especially wheat, and to a lesser extent corn. Rice so far is unaffected. The shortages, and the threat of food price spikes, could lead to unrest.

Climate change poses a threat to human security, and could lead to increased migration. Potential shortages of food and water, because of climate change, could be drivers of future conflicts. These won’t necessarily be wars between states, but conflicts between farmers and ranchers, or between cities and agriculture industry which wants water for food. On the flip side, those conflicts are going to get in the way of government’s efforts to protect people from future climate change.

Some are more vulnerable than others. Poor people in poor countries – and even the poor in rich countries – are going to bear an unfair burden of climate change, the report said. Climate change is going to exacerbate existing inequalities, and it is going to make it harder for people to claw their way out of poverty.

As temperatures rise beyond 2 degrees to 4 degrees – our current trajectory – there are limits to how far society can adapt to climate change. The only way out is to cut emissions now – and buy some time by slowing warming – and at the same time make plans for sea walls, relocations, and other measures that can keep people out of harms’ way.

5. Hard but not hopeless.

The report notes that research on the effects of climate change has doubled since the last report in 2007 – and so has understanding about what needs to done to insulate people from more severe consequences.