Spot on! Michael Mann: The irreversible impacts from Climate Change 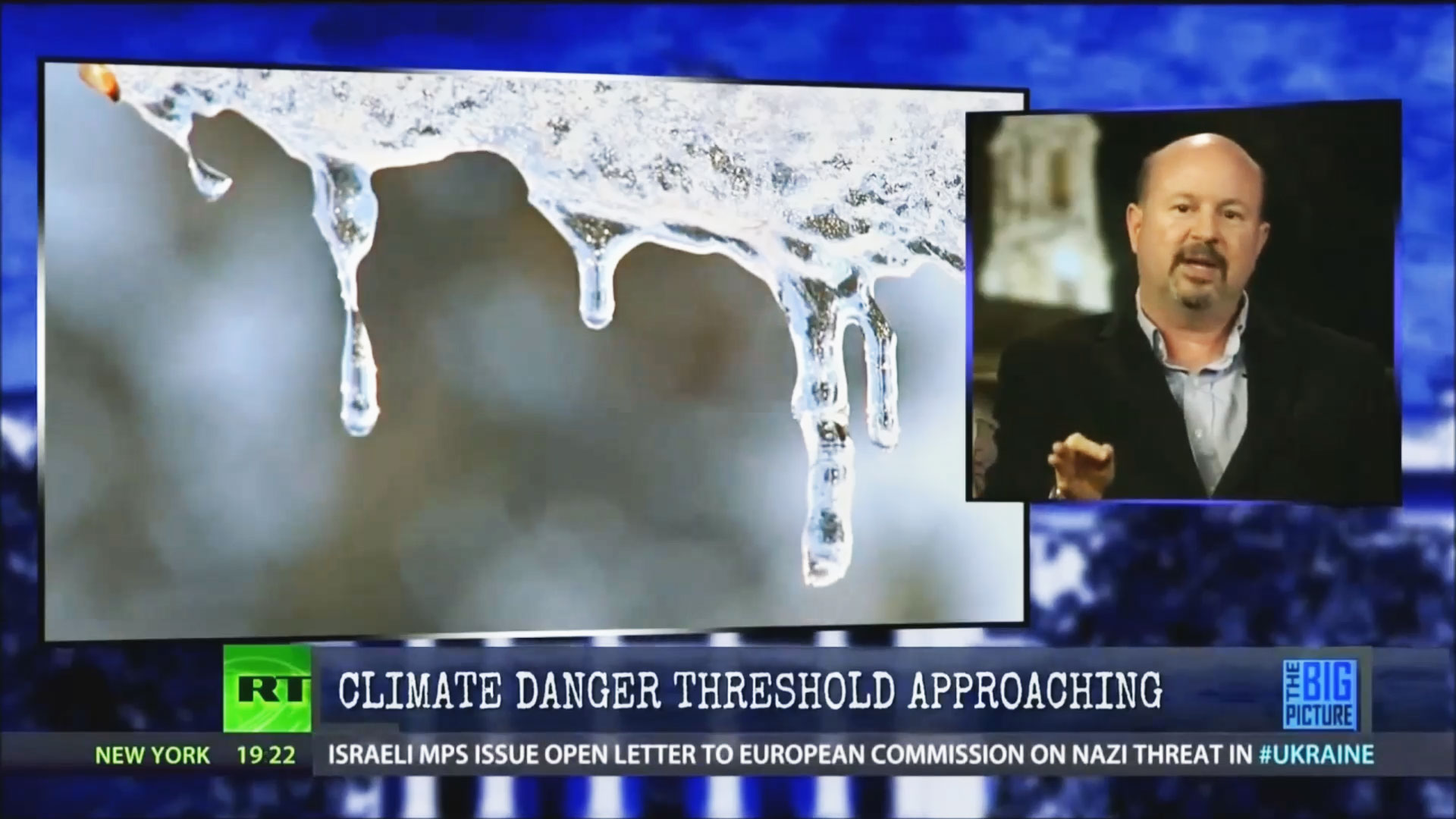 Mann’s interview starts at 15 minutes in.

Mike Mann discusses his new piece in Scientific American, which outlines critical thresholds in climate warming in the not-too-far-off future, based on the sensitivity of Earth climate.

Scientific American: Most scientists concur that two degrees C of warming above the temperature during preindustrial time would harm all sectors of civilization—food, water, health, land, national security, energy and economic prosperity. ECS is a guide to when that will happen if we continue emitting CO2 at our business-as-usual pace.

I recently calculated hypothetical future temperatures by plugging different ECS values into a so-called energy balance model, which scientists use to investigate possible climate scenarios. The computer model determines how the average surface temperature responds to changing natural factors, such as volcanoes and the sun, and human factors—greenhouse gases, aerosol pollutants, and so on. (Although climate models have critics, they reflect our best ability to describe how the climate system works, based on physics, chemistry and biology. And they have a proved track record: for example, the actual warming in recent years was accurately predicted by the models decades ago.)

To my wonder, I found that for an ECS of three degrees C, our planet would cross the dangerous warming threshold of two degrees C in 2036, only 22 years from now. When I considered the lower ECS value of 2.5 degrees C, the world would cross the threshold in 2046, just 10 years later [see graph on pages 78 and 79].

So even if we accept a lower ECS value, it hardly signals the end of global warming or even a pause. Instead it simply buys us a little bit of time—potentially valuable time—to prevent our planet from crossing the threshold.

These findings have implications for what we all must do to prevent disaster. An ECS of three degrees C means that if we are to limit global warming to below two degrees C forever, we need to keep CO2 concentrations far below twice preindustrial levels, closer to 450 ppm. Ironically, if the world burns significantly less coal, that would lessen CO2 emissions but also reduce aerosols in the atmosphere that block the sun (such as sulfate particulates), so we would have to limit CO2 to below roughly 405 ppm.

We are well on our way to surpassing these limits. In 2013 atmospheric CO2 briefly reached 400 ppm for the first time in recorded history—and perhaps for the first time in millions of years, according to geologic evidence. To avoid breaching the 405-ppm threshold, fossil-fuel burning would essentially have to cease immediately. To avoid the 450-ppm threshold, global carbon emissions could rise only for a few more years and then would have to ramp down by several percent a year. That is a tall task. If the ECS is indeed 2.5 degrees C, it will make that goal a bit easier.

Video published on Mar 24, 2014 by RT: Thom discusses the economics of Ukraine joining the European Union with Economist and Professor Richard Wolff, when we’ll hit the climate danger threshold with Climatologist Michael Mann and the “war” on drugs with Syndicated Columnist David Sirota. In tonight’s “Daily Take” Thom details how we need to put the control over food production back in the hands of the people.

Revealed: ExxonMobil’s lobbying war on climate change legislation
June 30, 2021
Subscribe
0 Comments
Inline Feedbacks
View all comments
Go to Top
wpDiscuz
0
0
Would love your thoughts, please comment.x
()
x
| Reply
Cookie Consent
To provide the best experiences, we use technologies like cookies to store and/or access device information. Consenting to these technologies will allow us to process data such as browsing behavior or unique IDs on this site. Not consenting or withdrawing consent, may adversely affect certain features and functions. Learn more about the data usage on this website.
Manage options Manage services Manage vendors Read more about these purposes
View preferences
{title} {title} {title}
Loading Comments...