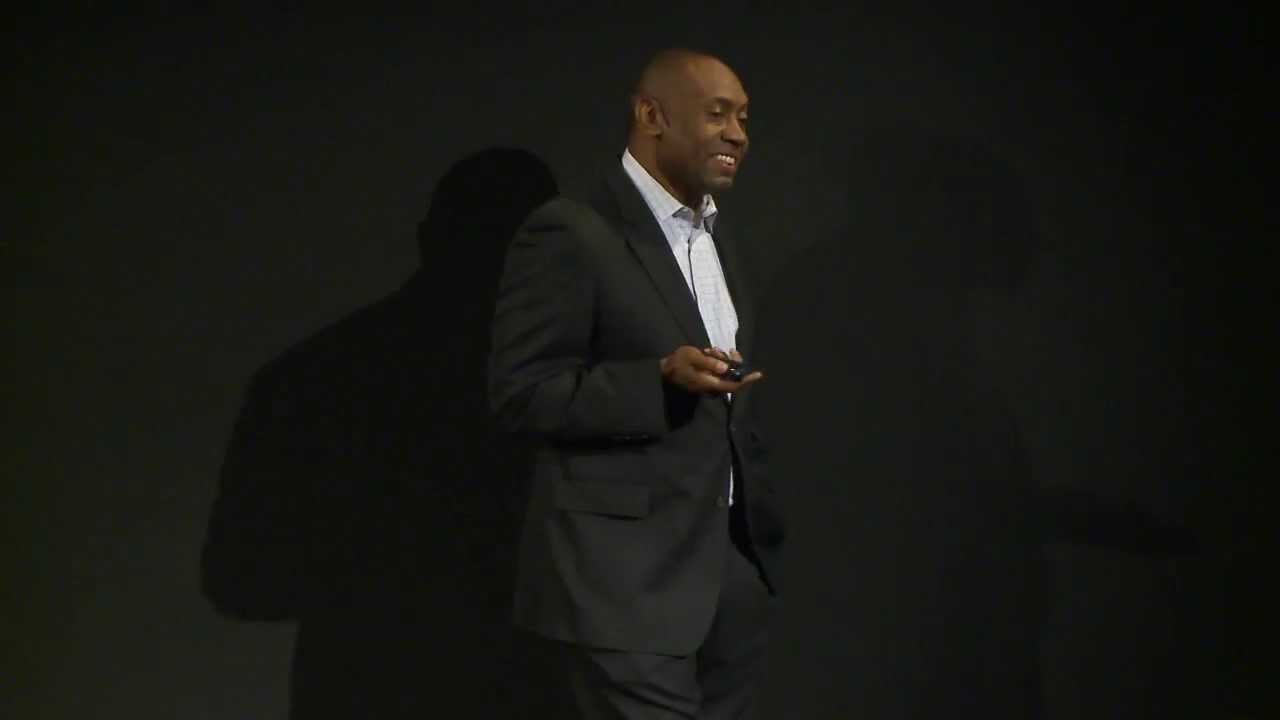 Published on May 29, 2013
About This Talk
One of the nation’s leading climate scientists explains how he goes about knocking down the “zombie theories” that plague our discussions about climate change. What is a zombie theory? Says Shepherd: “It’s one of those theories that scientists have refuted or disproven time and time again, but they live on like zombies in the blogs and on the radio stations.”

About This Speaker
As the 2013 president of the American Meteorological Society, Shepherd is a leading international expert in weather, climate and atmospheric sciences, and recently briefed the U.S. Senate on climate and extreme weather. A professor in the Department of Geography at the University of Georgia, Shepherd is director of the University’s Atmospheric Sciences Program. Shepherd spent 12 years as a research meteorologist in the Earth-Sun Division at NASA-Goddard Space Flight Center. Shepherd was recently named the UGA Athletic Association Professor in Geography and 2004 was honored at the White House by President Bush with a PECASE award as one of the top young scientists and engineers
in the country.

In the spirit of ideas worth spreading, TEDx is a program of local, self-organized events that bring people together to share a TED-like experience. At a TEDx event, TEDTalks video and live speakers combine to spark deep discussion and connection in a small group. These local, self-organized events are branded TEDx, where x = independently organized TED event. The TED Conference provides general guidance for the TEDx program, but individual TEDx events are self-organized.* (*Subject to certain rules and regulations).

97% of climate scientists are alarmed?? What a liar!

My applaud to all the Americans who are trying to convince the deniers in their country,as the rest of the world is busy constructing important infrastructure to mitigate climate change you brave souls are still trying to convince your less bright and/or greedy countrymen,they are idiots with inflated ego’s who are blaming Climate change for their countries downfall but they fail to understand that the very people they are trying to protect (oil barons) and republicans are the one’s who destroyed America.They will blame others by concocting conspiracy theories and keeping Zombie theories alive.If Obama leads the world in mitigating… Read more »

One of the nation’s leading climate scientists explains how he goes about
knocking down the “zombie theories” that plague our discussions about
climate change. What is a zombie theory? Says Dr. Marshall Shepherd: “It’s
one of those theories that scientists have refuted or disproven time and
time again, but they live on like zombies in the blogs and on the radio
stations.” #TEDxAtlanta

As far as income climate scientists remain at the more poorly paid end of
the spectrum of professionals. It’s the lobbyists who get all the Oil
money.

+CPsycho77 Because conservatives & righties are psychopathic hypocrites. They LOVE & WORSHIP war, but only if it’s a war to murder poor people & steal their oil & other resources so the conservatives can use them. Conservatives are 1000x worse than a vegan antinatalist rapist. Unlike a rapist, who is violently forced to pay for his political activity (rape), righties get away with eating meat & fucking & breeding. They preach against all government, but then they hypocritically cheer when anarchists such as Dr Theodore Kaczynski are imprisoned, or Occupy Wall Street (OWS). They love & want big government to… Read more »

+Tom Ulcak Well said!
These fucking deniers have NOTHING at all to “teach” anybody about
anything, least of all climate science & how the economy works.

Science shows that every 10,000 yrs the climate changes abruptly, well over
the course of 50yrs, which is pretty quick. In saying that, householders
are penilised for not recycling their rubbish but the fat cats still travel
spewing fuel over the atmosphere. We still use fossil fuels when 90% of the
world knows we don’t need to. But the profits are to big to give up. So
don’t bother me with this nonsense.

If you do not believe in climate change, I wonder if you believe in
pollution.

You’re asking the wrong question. We know climate changes, we even know CO2
is a GHC and has an effect on climate. What you really want to ask climate
scientists if they believe man made CO2 is a major cause of climate change.

lol u are stupid

Reality is relative to the observer. Take off your blinders and step into
the light so that you can see better.

Zombie theories, drought was caused by global warming, cherry picked graphs
that start right after 30 years of global cooling, the discredited Marcott
et al hockey stick, cherry picked arctic sea ice graph that starts in 79,
it was cooling from 1945-1977, new normal, thinking that when the sun
activity drops off, that temps respond immediately, the idea that the
billions of dollars don’t corrupt climate science, the idea you can trust
the UHI polluted temperature record, energy renaissance.

i could answer that one for you ..But …It is difficult to get a man to
understand something, when his salary depends on his not understanding it,
so you probably wouldn’t understand. By the way, what data are you guys
talking about …he didn’t present any data ….pictures of cartoon zombies
is NOT DATA!

I’m disappointed in you, I thought you were smarter than that. Guess not.

You didn’t point out anything Mr. G-R-A-V-I-T-Y. I’m not offended by the
groundless assertions in the least.

So. Zombies on steroids. Got it. Ted’s in great hands.

Feynman cautioned against “believing” a theory in the face of experimental,
measured data that refuted it. See the evaluation of models vs. reality at
Dr. Roy Spencer’s site. “STILL Epic Fail: 73 Climate Models vs.
Measurements, Running 5-Year Means” Since 1998 the US government has spent
almost a 100 billion on science and technology research, administration,
education campaigns, foreign aid, and tax breaks related to “climate
change”. That is one big trough and none of that went to auditing .

Zombies? That’s the best you can come up with? What a total farce! Even if we were causing the MINUTE uptick in the global temperature, what difference do you think it would make if we shut down 100% of America’s “greenhouse gas” output? It would be insignificant, to say the least. What would we do then? FORCE the rest of the world stop producing theirs? Go pet a unicorn, you rainbow farting, blinder-wearing liberal jackass! “Climate Scientist”, my ASS! Get a real fucking job, not some contrived, bullshit position created to help make Obammy’s unemployment figures look better. BTW, why… Read more »

Yeah.. the climate changes… no one is arguing that the climate is not
changing. This is a political scheme to create a global tax that will fund
global government and begin systematic global de-population. Google:
Georgia Guidestones for proof.

I would like to see all the climate scientists who believe in climate
change line up opposite those who don’t on the National Mall. That would be
a powerful visual/demonstration.

6:50 I think they ask that question because they are used to people
thinking God causes weather in order to punish sinners.

Excellent talk. I think Dr. Shepherd’s argument against “Scientists want
grant money” at 12:20 was probably the weakest part of his presentation. He
argued “[if a scientist wants more money, report ‘dunno’]”. This builds on
the assumption that money is granted to those who say ‘dunno’, rather than
to those who say what the money-hander-outers want to hear, which might be
an answer in one direction rather than the other. That may be true, but all
Dr. Shepherd said was “I don’t understand”.

Glad to see you agree with me. “Dr. Shepherd’s opinion is based on
science.” When he gets around to the science let me know. “what data? what
studies? what reports?” I am not going to bring up all the data I have been
going through for the last 12 years. I am not here to educate you. Go learn
some things on your own first.

“You are assuming that what he is saying is reality” No, thats not an
assumption, it’s observed fact.

The reason I didn’t touch your other correction was because I am unfamiliar
with it, not because I had good reason to avoid it. After a quick look, the
only criticism I see are from the deniers with little scientific merit. I
understand what exonerate means. My point was that at no point was Mann or
his colleagues ever found to have committed scientific misconduct. As for
the scientific validity of his, his colleague’s and others’ findings, there
are still models being made and they still agree.

It is the data that is showing the CAGW “theory” to be wrong. (Just as
Feynman stated.) CO2 as a problem is all model-generated and those models
are unable to predict ANYTHING that has yet to be verified. Totally useless
yet that is what the whole meme is based on. Check your numbers. Greenpeace
and other “green” organizations spend thousands of times more than oil
companies on lobbying efforts in this sector. Big oil is making a mint from
the new paradigm so why would they not support it?

He is one out of thousands of climate scientists. He is also of the opinion
that Earth was “created by God’s intelligent design,” thus is “robust,
resilient, self-regulating, and self-correcting, admirably suited for human
flourishing.” That is dangerous thinking for a scientist to have. As for
data, the 9/10 of the hottest years on record have been in the last decade,
Arctic ice is near the lowest it’s been in decades; it was at it’s lowest
in 06/07. C02 is the highest it’s been in millennia.

Reply
Go to Top
wpDiscuz
70
0
Would love your thoughts, please comment.x
()
x
| Reply
Cookie Consent
To provide the best experiences, we use technologies like cookies to store and/or access device information. Consenting to these technologies will allow us to process data such as browsing behavior or unique IDs on this site. Not consenting or withdrawing consent, may adversely affect certain features and functions. Learn more about the data usage on this website.
Manage options Manage services Manage vendors Read more about these purposes
View preferences
{title} {title} {title}