Can scientists overcome huge uncertainties to pin down how close, or far, we might be to a tipping point? 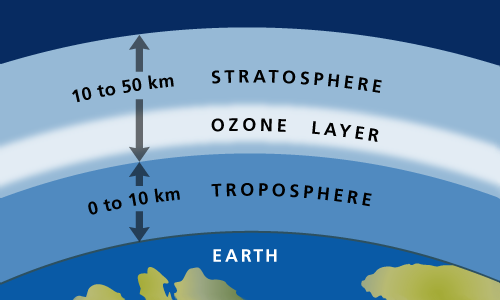 “… the rarity of palaeoclimate evidence for hydrate-induced climate changes argues that this is a fairly unlikely candidate for near-term sudden climate change. Unlike the others, however, anthropogenic climate change may alter the probability of hydrate release when compared with the past, making the overall probability of near-term release extremely difficult to estimate…

Massive methane release by hydrates or from peats also seems to have been extremely rare in the past, but could become more probable in the future world under the influence of anthropogenic forcing. However, at present, it is not possible to judge the probability for such changes reliably.” Link

I think a good question in regards to broad methane hydrate instability is if we ask: “How fast is sea-bed permafrost degradation progressing today?”, and to compare observations with past deglaciation in the most affected latitude’s.

Any scenario should be judged, assessing the entire spectrum of energy budget change and rate, including future emissions scenarios. Which all is unique, unprecedented in Earth history and for Earth atmosphere (during the PETM, CFC’s for instance weren’t part of the equation).

RealClimate discussed “An online model of methane in the atmosphere” Jan 2012 (Link). But to better understand uncertainties, we need to pin down how pronounced climate feedback’s are,  because of the slow climate inertia. Accounting for all forcing’s and feedback’s means to combine them into 1 model. So far the suspected atmospheric state change with increased emissions isn’t clear, specifically in regards to the capabilities to break down greenhouse gases or the state of the ozone layer, under all emissions scenarios.

Harvard scientists have discovered that intense summer storms can force water vapor into the dry and cold stratosphere through a process called convective injection. The presence of such water vapor, which normally stops at the tropopause (the boundary between the troposphere and the stratosphere), changes the threshold temperature at which ozone is destroyed by chemistry dependent on manmade chlorofluorocarbons (CFCs), which are still present in the atmosphere despite an international ban on their use. The chemical reactions that destroy ozone typically occur only at very cold temperatures.

The presence of water vapor raises the temperature at which ozone loss takes place, to the point that threshold conditions for ozone destruction are routinely crossed during the summer above the United States and possibly elsewhere. The frequency and intensity of these summer storms is expected to increase with climate forcing due to increasing levels of heat-trapping atmospheric carbon dioxide and methane. Reductions in stratospheric ozone would allow more DNA-damaging ultraviolet radiation to reach Earth, with potential biological effects on human beings, animals, and plants. Link

Methane and Water Vapor in the Stratosphere

“Climate models show cooler stratospheric temperatures happen when there is more water vapor present, and water vapor also leads to the breakdown of ozone molecules,” Shindell said. According to satellite data, upper atmospheric temperatures around the world (20-35 miles high) have cooled between 5.4-10.8 degrees Fahrenheit over recent decades. The stratosphere is the typically dry layer of the atmosphere above the troposphere, where temperatures increase with height.

According to Shindell there are two driving forces behind the change in stratospheric moisture. “Increased emissions of the greenhouse gas, methane, are transformed into water in the stratosphere,” Shindell said, “accounting for about a third of the observed increase in moisture there.”

The impact on global warming comes about because both water vapor and ozone are greenhouse gases, which trap heat leaving the Earth. “When they change, the Earth’s energy balance changes too, altering the surface climate,” said Shindell. Increased water vapor in the stratosphere makes it warmer on the ground by trapping heat, while the ozone loss makes it colder on the ground. Water vapor has a much larger effect, so that overall the changes increase global warming. Shindell stressed that although ozone depletion cools the Earth’s surface, repairing stratospheric ozone is very important to block harmful ultraviolet radiation, and other greenhouse gas emissions need to be reduced. Link

..making progress means paying attention to the details and actually quantifying the size of various effects – and explaining why none of this happened in the Early Holocene, the Last Interglacial, the Pliocene, or indeed any time in the last 50 million years. Link

The increase of water vapor in the atmosphere is also a indication for a process connected with the Venus syndrome.

The atmosphere (of Venus) contains a range of interesting compounds in small quantities, including some based on hydrogen, such as hydrogen chloride (HCl) and hydrogen fluoride (HF). There are carbon monoxide, water vapour and molecular oxygen as well.[2][3] Hydrogen is in relatively short supply in the Venusian atmosphere. A large amount of the planet’s hydrogen is theorised to have been lost to space,[13] with the remainder being mostly bound up in sulfuric acid (H2SO4) and hydrogen sulfide (H2S). The loss of significant amounts of hydrogen is proved by a very high D/H ratio measured in the Venusian atmosphere.[3] The ratio is about 0.025, which is much higher than the terrestrial value of 1.6×10−4.[2] In addition, in the upper atmosphere of Venus D/H ratio is 1.5 higher than in the bulk atmosphere. Link

We extrapolate on the current system state, but passing thresholds means to “break things”, like the capacity of the stratosphere to sustain a habitable dobson value or to prevent hydroxyl radical depletion. Greenhouse gas increase is not just a matter of heat trapping properties, it also destroys the current state of the atmosphere to a degree which radically affects life on Earth.

Can scientists overcome huge uncertainties to pin down how close, or far, we might be to a tipping point? | endocene

[…] shares “Can scientists overcome huge uncertainties to pin down how close, or far, we might be to a tipping p…” from […]