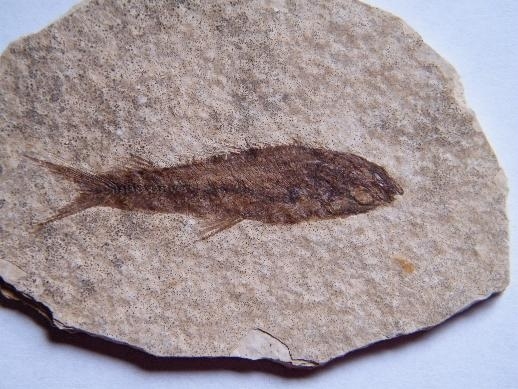 Scientists are examining mass extinctions more closely. They’ve discovered how after these events in the past, species and ecosystems managed to recover in the aftermath. This image shows a fish fossil. (Photo : Flickr)

Science World Report, Aug 14, 2013: Extinctions are occurring at a phenomenal rate these days. As our climate changes and environments are altered, species are disappearing from our planet. Now, scientists are examining mass extinctions more closely. They’ve discovered how after these events in the past, species and ecosystems managed to recover in the aftermath.

About 252 million years ago, there was a mass extinction at the end of the Permian Period. At that time, as many as 90 percent of marine organisms and 70 percent of terrestrial species became extinct. The resulting impacts on the ecosystem were huge. The survivors of this event defined species development in the future.

“Groups of organisms that survive such a mass extinction are said to have passed through an evolutionary bottleneck analogous to the genetic die off,” said Marcello Ruta of the University of Lincoln in a news release. “At the population level, a genetic bottleneck sometimes allows the population to move to a new evolutionary trajectory, but other times it constrains the future evolution of the population.”

In the case of the Permian Period, a large number of anomodont species existed. These creatures displayed a wide range of body sizes and ecological adaptations. There were amphibious hippo-like species, specialized burrowers and even tree-dwelling animals. Yet while these anomodont species increased during the Permian, they suddenly dropped during the end-Permian extinction event before increasing again during the Triassic and finally disappearing. While the species survived this long, though, the variety of different anatomical features declined steadily over their history.

“This suggests that the evolutionary bottleneck they passed through during the extinction constrained their evolution during the recovery,” said Ruta.

The findings reveal the impact of extinction events on species. More specifically, it could have implications for the future as species continue to decline in our modern world.

“This is the first study of its kind to address simultaneously changes in species number and anatomical diversity in anomodonts, and to quantify their response to the most catastrophic event on record,” said Michael Benton, one of the researchers, in a news release. “The results underscore that recoveries from mass extinctions can be unpredictable, a finding that has important implications for the species extinctions being caused by human activity in the world today. We cannot just assume that life will return to the way it was before the disturbances.”

The findings are published in the journal Proceedings of the Royal Society B: Biological Sciences.