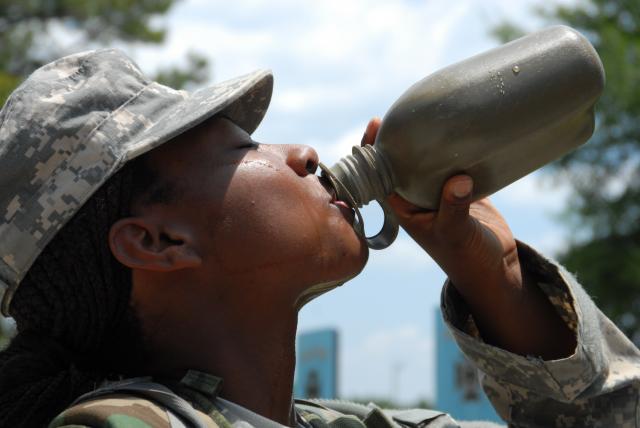 Due to projected increases in temperature and water vapor in the atmosphere:

Summary
The authors use existing occupational health and safety thresholds to establish a new metric to quantify a healthy, acclimated individual’s capacity to safely perform sustained labor under environmental heat stress (labor capacity). Using climate model projections, we apply this metric to quantify the direct impact of global warming on the global human population in the future.

All organisms, including humans, have a temperature range over which they can environmentally adapt. Most studies of the direct impact of global warming on humans have focused on mortality under extreme weather events. Unfortunately, these efforts suffer from uncertainties in separating environmental stressors from other factors impacting mortality. This research establishes a new metric, labor capacity, using existing occupational thresholds. In this study, wet bulb globe temperature (WBGT) is used as a measure of combined thermal and humidity stress on human physiology and activity. The metric is of broad societal utility and quantifiable using WBGT, which is easily computed from climate model output. We estimate WBGT from both historical observational record (NCEP/NCAR reanalysis) and one of GFDL’s coupled carbon-climate Earth System Models (ESM2M). We bias-correct the model to present historical and projected maximum WBGT values under active mitigation (RCP4.5) and highest emissions (RCP8.5) out to 2200. This work represents a fundamental step forward in our ability to quantify the direct impact of climate warming on the global human population, finding that even under active mitigation of CO2 emissions, labor capacity reduction due to heat stress doubles by the middle of this century, with severe reduction of labor capacity due to environmental heat stress inferred under continued highest emissions out to 2200.