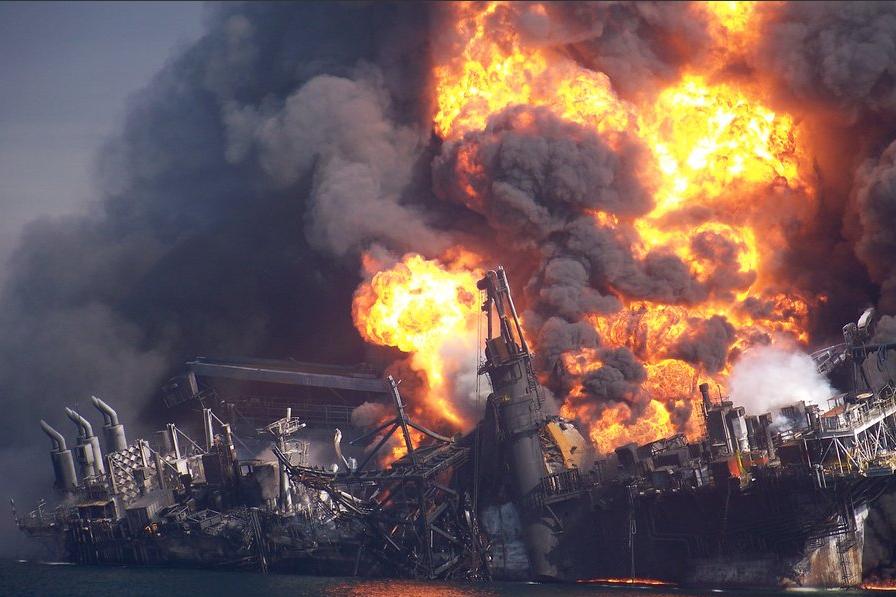 As President Obama calls for greater investments in alternatives, the biggest energy companies are doubling down on riskier, more destructive oil sources

By Antonia Juhasz June 25, 2013: Since the Gulf oil disaster in 2010, BP has spent hundreds of millions of ad dollars to cleanse its image as a dirty-energy giant. In the company’s latest TV ad, wind turbines whirl in the sun as a voiceover touts the number of American jobs created by BP and promises, “We’re working to fuel America for generations to come.” There’s just one problem: BP’s commitment to wind energy is virtually nonexistent.

In April, BP announced that it is selling off its entire $3.1 billion U.S. wind energy business – including 16 farms spread across nine states – as “part of a continuing effort to become a more focused oil and gas company,” according to a company spokesperson. Indeed, though it famously rebranded itself “Beyond Petroleum” in 2000, BP also exited the solar energy business back in 2011. Today, its alternative energy investments are limited to biofuels and a lone wind farm in the Netherlands.

And BP is far from alone. You wouldn’t know it from their advertising, but the world’s major oil companies have either entirely divested from alternative energy or significantly reduced their investments in favor of doubling down on ever-more risky and destructive sources of oil and natural gas.

Not that those commitments to alternatives were ever particularly grand. Using very generous estimates, BP holds the oil industry record for the highest percentage of expenditures committed to alternatives, with just 6 percent of its overall expenditures in 2011, right before it started selling off its solar operations. Chevron and Shell run a distant second with highs of 2.5 percent; none of the others have ever even cracked 1 percent.

“The bottom line is that oil companies only invested a drop in the bucket [in alternatives] even in the ‘heyday’ of the early 1980s,” says Douglas Cogan, vice president of investment firm MSCI ESG Research. “Most of the largest [oil company] investors have dropped out in recent years, following the precedent that Exxon set 30 years ago.”

Take ConocoPhillips, which highlights its “emerging technologies and alternative energy sources” activities on its website – but fails to mention that in April 2012 it divested all of these activities to focus exclusively on its “core business” of exploring for and producing oil and natural gas, and specifically to take advantage of the North American “shale revolution” and tar sands production in Canada. “ConocoPhillips is an independent oil and gas company,” says a spokesperson. “We do not have an active renewable energy segment within our portfolio.”

The newly created Phillips 66 (already the third-largest U.S. oil company) took over ConocoPhillips’ “downstream” activities – meaning everything after exploration and production. Other than limited investment in second-generation biofuel research, Phillips 66, too, has abandoned alternatives.

How about Shell ­– the world’s largest corporation, according to Fortune? In 2010, the company launched an ad campaign called “Let’s Go,” hyping its efforts to “broaden the world’s energy mix.” The ads are still running today. But the numbers tell a different story. Shell reports spending about $400 million a year on alternatives, out of the $23 billion it spent on all expenditures in 2012. At its peak in 2007, Shell was spending just 2.5 percent of its total capital expenditures on alternatives. Today it’s down to 1.5 percent.

Shell abandoned solar in 2006 and maintains only minor investments in wind and some hydrogen research today. The bulk of Shell’s alternative investments today are in biofuels. Meanwhile, it presses ahead with the world’s deepest offshore oil well in the Gulf of Mexico and refuses to do more than “pause” plans for drilling in the U.S. Arctic – even after one of its drilling rigs ran aground in Kodiak, Alaska in January.

As with all these companies, the expenditures that Shell reports publicly on alternatives are difficult to pin down or verify. Shell includes the money it spends on carbon capture initiatives and “other CO2 related work”; both are commendable, but neither one is an alternative energy source. BP, similarly, uses the mysterious phrase “lower-carbon businesses.” In fact, no major oil company has ever spent enough on alternatives for it to amount to even 10 percent of its revenues or assets – the Security and Exchange Commission’s threshold for public reporting requirements on financial expenditures.

In 2010, Chevron launched its “We Agree” public relations campaign, with ads announcing “It’s time oil companies get behind the development of renewable energy,” that still run today. Yet Chevron’s alternative investments have been falling as a proportion of its total expenditures, not rising, for years: From 2.5 percent of overall expenditures in 2008, alternative energy dropped to 2.3 percent in 2010 and 1.5 percent in 2012.

In 2011, Chevron’s Corporate Responsibility report – which for years had been an alternatives showcase – announced that the company would take “a pragmatic approach” to these investments, focusing on geothermal energy, next-generation biofuels and efficiency solutions. Yet wind and biofuels are conspicuously absent from the 2012 report; the words “alternative energy” and “renewable energy” do not appear anywhere in its pages. “Chevron spent $5.4 billion from 2002 to 2012 on alternative energy,” says company spokesperson Morgan Crinklaw. That’s about $500 million a year, out of $34 billion total expenditures in 2012 alone. (This figure includes the work of its private subsidiary, Chevron Energy Solutions, which does work on solar, but does not have to provide public disclosure of its finances.) Meanwhile, Chevron remains one of the world’s oiliest oil companies, with one of the highest percentages of oil assets among the majors.

Like ConocoPhillips, Marathon, the nation’s fifth largest oil company, divested all its downstream activities in 2011, for similar reasons – in order to expand its U.S. shale and Canadian tar sand operations. Today, it maintains partial ownership of a methanol plant that converts natural gas into motor fuel, while the newly spun-off MPC includes ethanol in its portfolio.

Of course, some companies were never into alternatives. Since 2002, Exxon Mobil, which took in $45 billion in profit last year alone, put a grand total of $188 million into its alternative investments, compared to the $250 million it dedicated to U.S. advertising in the last two years alone. (This figure and previously cited advertising data were provided by Kantar Media.)

It’s worth mentioning one slight exception to the trend: France’s Total, the world’s 9th-largest oil company, which greatly increased its solar operations in the last year. But Total, too, had a long way to improve. The latest available figures from MSCI ESG Research put its alternative investments at just about $84 million a year from 2005 through 2010, or, at best, less than 0.6 percent of total expenditures. Moreover, the company’s fairly extensive coal operations stand in contrast to the good it’s doing in alternatives.

There are clear reasons why some biofuel investments remain while wind and solar have all but disappeared. Since 2009, both the U.S. and the European Union have had policies in place requiring biofuels in motor fuel, compared to on-again, off-again tax credits for wind and solar energy. And why bother putting real investments in alternatives at all, when polished ad campaigns have already convinced the public that the companies are still “green”?

In reality, all of the companies are putting more and more resources toward dirty energy sources that were never before accessible – or never before considered acceptable. With limited regulation and oversight, and with plenty of subsidies and tax breaks, all of the companies discussed here are upping their oil and natural gas antes by drilling deeper than ever into the oceans (including Exxon in the Russian Arctic), increasing operations in the Canadian tar sands, dramatically expanding hydraulic fracking in ever-more parts of the U.S. and the world, and drilling for oil in Iraq and Kurdistan. It all makes perfect sense, if you go by what Exxon vice president J.S. Simon told Congress in 2008: “[T]he pursuit of alternative fuels must not detract from the development of oil and gas.”

Pictured above is the Deep Water Horizon Explosion. Image courtesy of NYT.