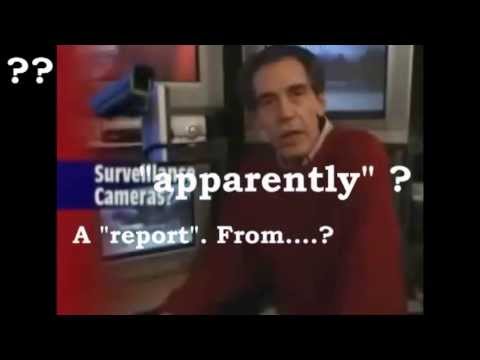 9:08 — CORRECTION — zzyzx0788, who posted the Watergate comment, writes: I noticed you used one of my old comments where I mentioned Watergate, and I feel you may have used it out of context (though that may not have been immediately clear from that post alone). I went back and looked at the comment tree and from what I gathered my point wasn’t “Watergate happened therefore that validates all conspiracies” but rather in context of the discussion (which was about 9/11 conspiracy theories) was that Watergate was just a simple break in and yet didnt take long at all to be completely exposed (thus the “that didn’t take long” part of my comment) and that claiming that the Bush Administration plus several others have all managed to be tight-lipped about the most elaborate, convoluted plan in the history of mankind, and how ridiculous that is.
I just have a little gripe with that. I spent alot of time calling BS on conspiracy theorists, though it may not have been clear from that comment alone

10:09 — The ambulance route was explained at an inquest in November 2007 (http://www.guardian.co.uk/uk/2007/nov….) The ambulance driver, Michel Massebeuf, said that the ambulance was driven slowly under doctors’ orders, in order not to aggravate Diana’s injuries. The Pitie-Salpetriere hospital was chosen as the destination because it was best equipped to deal with her injuries. Of course, conspiracy theorists can choose not to believe this testimony, and they may be right, but that makes the conspiracy a matter of belief rather than evidence.

10:36 — An explanation of the well-publicized “Hide the decline” e-mail can be found in my video “Climate Change — Those hacked e-mails.”

16:23 — Gary Webb, who broke the story of the link between the CIA and Nicaraguan drug traffickers in the San Jose Mercury

18:04 — “Boston bombings conspiracy – what you are not being told!” on YouTube