Global patterns of loss of life from landslides 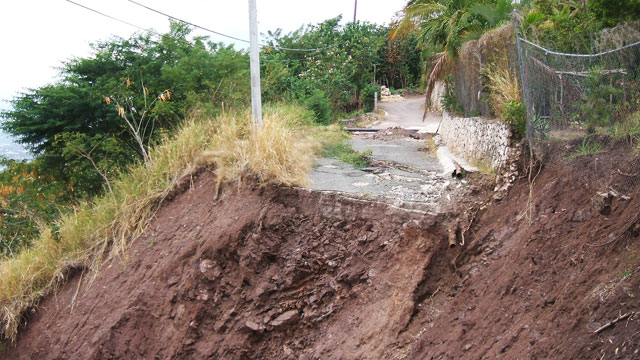 A global data set of fatalities from nonseismically triggered landslides that resulted in loss of life between A.D. 2004 and 2010 permits for the first time proper quantification of impacts and spatial distributions.

Global loss of life from landslides is poorly quantified. A global data set of fatalities from non seismically triggered landslides that resulted in loss of life between A.D. 2004 and 2010 permits for the first time proper quantification of impacts and spatial distributions. In total, 2620 fatal landslides were recorded worldwide during the 7 yr period of the study, causing a total of 32,322 recorded fatalities.

These total numbers of landslides and victims are an order of magnitude greater than other data sets have indicated, but analysis of the data suggests that it may still slightly underestimate the true human costs. The majority of human losses occur in Asia, especially along the Himalayan Arc and in China. This geographical concentration dominates the annual landslide cycle, which peaks in the Northern Hemisphere summer months. Finally, numbers of fatalities per event show a fat-tailed power law distribution, with the density of landslides being moderately correlated with the population density on a national basis. Source

United States: Federal Climate Adaptation Plans 2021
October 9, 2021
Subscribe
0 Comments
Inline Feedbacks
View all comments
Go to Top
wpDiscuz
0
0
Would love your thoughts, please comment.x
()
x
| Reply
Cookie Consent
To provide the best experiences, we use technologies like cookies to store and/or access device information. Consenting to these technologies will allow us to process data such as browsing behavior or unique IDs on this site. Not consenting or withdrawing consent, may adversely affect certain features and functions. Learn more about the data usage on this website.
Manage options Manage services Manage vendors Read more about these purposes
View preferences
{title} {title} {title}
Loading Comments...