You are here:
2013Extreme WeatherUSAWildfire 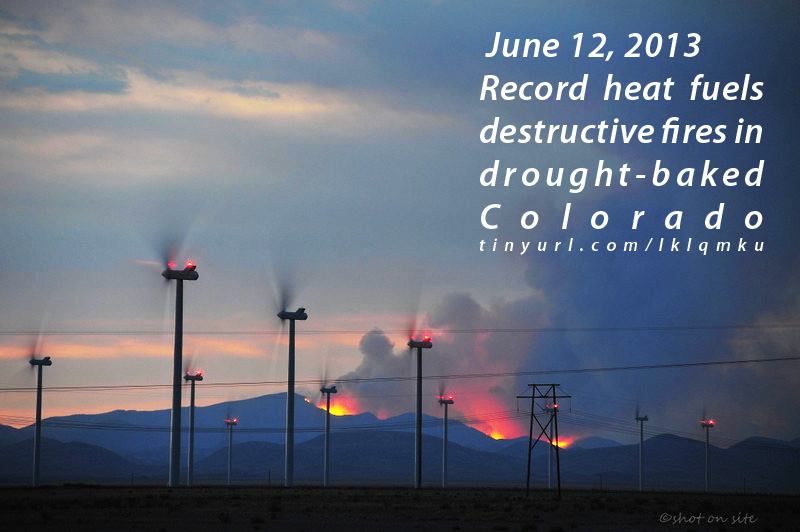 The most destructive fire in Colorado Tuesday was the Black Forest fire burning near Colorado Springs. The fire destroyed over 60 buildings and forced the evacuation of several thousand people. The fire was aided by nearly ideal conditions on Tuesday afternoon–Colorado Springs hit 97° (only the 2nd time the city has been that hot this early in the year), with sustained winds of 29 mph gusting to 36 mph, and a humidity of 4%. Colorado Springs is under extreme drought.