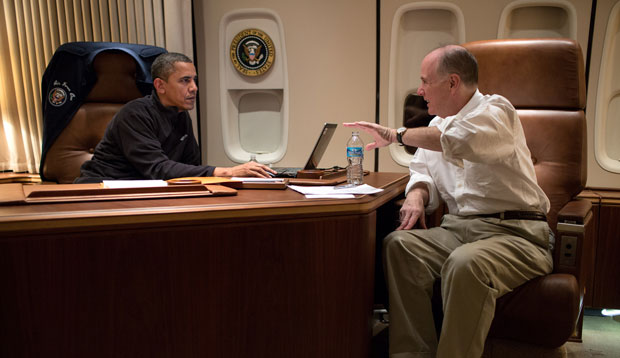 By Carl Franzen / The Verge (April 24, 2013): Scientists and advocates have called for reductions in greenhouse gas emissions for years. But now the White House national security advisor is joining in the chorus. Tom Donilon, the national security advisor to President Barack Obama, gave a lengthy speech in New York City today, to mark the launch of a new energy policy center at Columbia University.

During his speech, Donilon said that “the fact that the environmental impacts of climate change present a national security challenge has been clear to this administration from the outset.” Donilon went on to cite several recent threat assessment reports from the intelligence and defense departments, saying “this underscores the need — for the sake of our national security — to reduce the greenhouse gas emissions that drive climate.