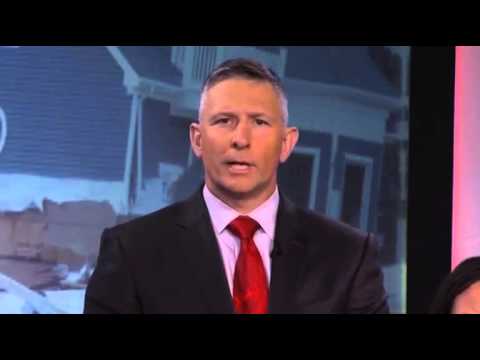 Brad Johnson: At a May 16 televised forum on the recovery from Superstorm Sandy, a former top military infrastructure official called on Americans to “stop ignoring” climate change and “realize it’s the new reality.”

First of all, we’ve got to realize it’s the new reality. Climate change is real. It’s more than sea level rise that’s going to happen over the course of the next 100 years. It’s greater storm intensities, it’s greater storm frequencies. We’ve got to stop ignoring it and start planning and building to reduce the risk to the public. That’s where we are.

Like Boulé, other panelists, including PSE&G president Ralph LaRossa, recognized the “new reality” of rising seas and extreme weather. Although these words are welcome, the most important element of facing the reality of climate change is understanding that it’s caused by human activities — something no-one at the forum did. In fact, Richard Ravitch, the real-estate scion and former Democratic lieutenant governor of New York, blamed “forces of nature” on sea level rise.

At no point during the two-hour forum did any panelist or reporter discuss the manmade causes of climate change or recommend opposing the threat to civilization posed by the fossil-fuel industry. The words “fossil fuels,” “carbon”, “greenhouse,” “pollution,” and “oil” were never mentioned. Also not mentioned was David Koch, the carbon pollution billionaire and richest man in New York, who was on the board of WNET from 2006 until the day of the forum. At the WNET board meeting on the morning of May 16, Koch’s resignation was accepted.